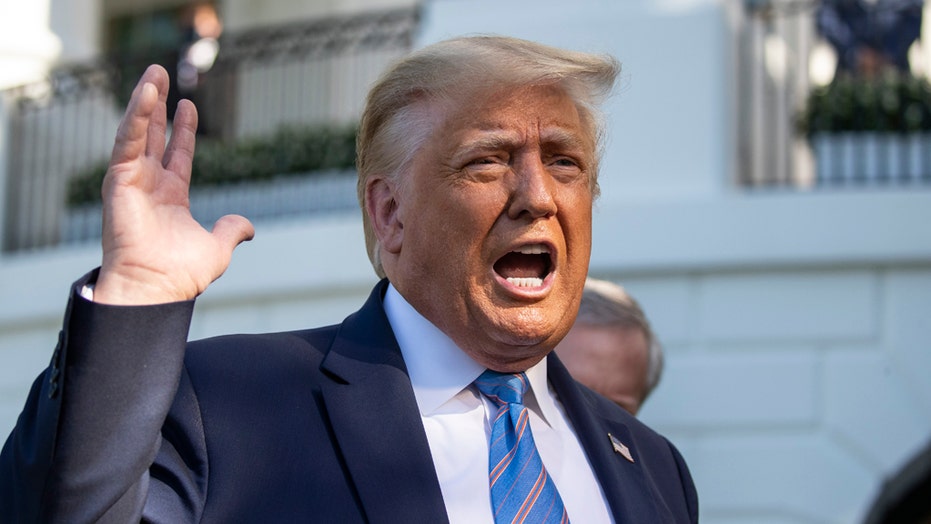 President Trump told suburban voters in a tweet on Wednesday they will “no longer be bothered or financially hurt” by having low-income housing in their neighborhood after his administration revoked an Obama-era housing rule.

The Affirmatively Furthering Fair Housing, or the AFFH rule, was designed to eliminate racial disparities in housing by telling jurisdictions that receive housing funds they must assess patterns of housing discrimination and come up with a plan to diminish them.

“I am happy to inform all of the people living their Suburban Lifestyle Dream that you will no longer be bothered or financially hurt by having low income housing built in your neighborhood," Trump tweeted Wednesday. “Your housing prices will go up based on the market, and crime will go down. I have rescinded the Obama-Biden AFFH Rule. Enjoy!”

The Department of Housing and Urban Development (HUD) rescinded the 2015 rule last week as Secretary Ben Carson said the rule was “unworkable and ultimately a waste of time for localities to comply with.”

It will be replaced by a new rule that reduces the burden of local jurisdictions to prove that they are actively taking steps to address historical patterns of racial segregation in order to qualify for HUD financing.

"Washington has no business dictating what is best to meet your local community’s unique needs,” Carson said.

WHAT'S THE BIDEN PLAN TRUMP CLAIMS WOULD 'DESTROY' THE SUBURBS?

Housing advocates have dinged Trump’s opposition to the rule as a racially charged appeal to white voters in the midst of an election year, as Trump has repeatedly said the rule forces the construction of low-income housing in suburbs.

“Your home will go down in value and crime rates will rapidly rise,” Trump said last week. “People have worked all their lives to get into a community, and now they’re going to watch it go to hell. Not going to happen, not while I’m here.”

“At the request of many great Americans who live in the Suburbs, and others, I am studying the AFFH housing regulation that is having a devastating impact on these once thriving Suburban areas,” the president tweeted. “Corrupt Joe Biden wants to make them MUCH WORSE. Not fair to homeowners, I may END!

“Biden will destroy your neighborhood and your American Dream,” Trump tweeted last week, along with a New York Post column entitled “Joe Biden’s Disastrous Plans for the Suburbs.”

“I will preserve it, and make it even better!” Trump added.

The New York Post column claims that under the AFFH rule, “towns everywhere would have had to scrap zoning, build bigger water and sewer lines to support high-density living, expand schools and social services and add mass transit. All pushing up local taxes. Towns that refused would lose their federal aid.”

Carson has said jurisdictions were “forced to comply with complicated regulations that require hundreds of pages of reporting” under the Obama-era rule.

The issue has been a long-standing issue for Carson, and fair housing advocates say the program never truly got off the ground because Carson suspended its implementation shortly after taking office. Biden has said he would implement the rule.

Biden's housing plan would get rid of zoning regulations in suburbs that send prices skyrocketing.

“Exclusionary zoning has for decades been strategically used to keep people of color and low-income families out of certain communities,” Biden writes.

It would also vastly expand Section 8 housing vouchers, enact laws to prohibit landlords from discriminating those who pay with vouchers, establish tax incentives to build affordable housing, protect tenants from eviction by providing them legal assistance, among other policies that Biden thinks would make housing more affordable.