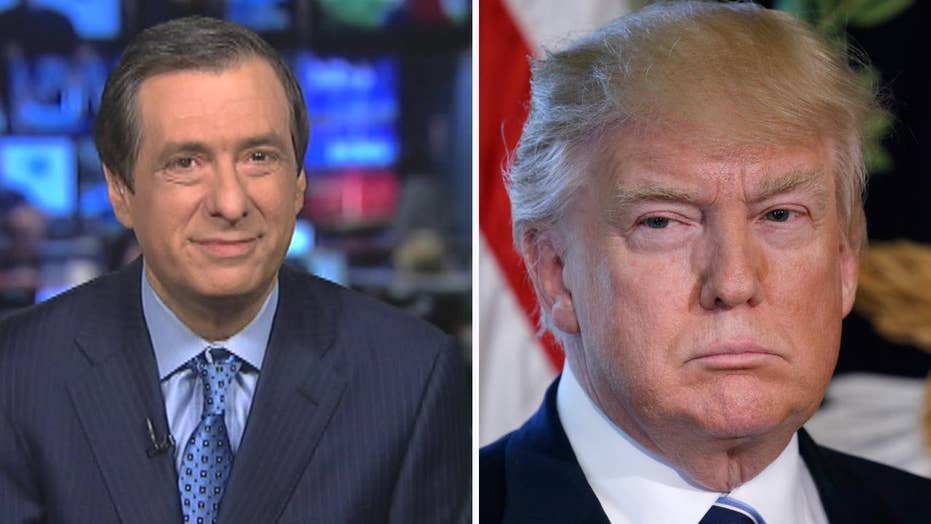 Needless to say, the aforementioned president had something to say about that.

With the press now viewing everything through a 100-day lens, the latest surveys seem to back up the notion that Trump is off to a rocky start.

But they also show that the president’s base is firmly behind him. In the Post/ABC poll, 94 percent of Trump voters are still supporting their man. Only 2 percent regret their vote. Among Republicans more broadly, Trump registers 84 percent support.

The top line number: 42 percent approval for the president, while 53 percent of those questioned disapprove.

Presidents don’t usually comment on polls, pretending that they pay little attention while doing the nation’s business. Besides, if you brag about good polls, you inevitably get pressed about it when they drop.

But this president does things differently.

Is he saying the polls were made up? Or is fake news just his standard moniker now for anything involving the networks?

Another pair of tweets: “New polls out today are very good considering that much of the media is FAKE and almost always negative. Would still beat Hillary in popular vote. ABC News/Washington Post Poll (wrong big on election) said almost all stand by their vote on me & 53% said strong leader.”

Okay, so there’s a bit of cherry-picking going on here. The polls are not “very good” by the usual standards, but so perhaps the president believes it’s a moral victory because the “fake” media are “almost always negative.”

And yes, Trump didn’t beat Hillary Clinton in the popular vote (the polls weren’t that far off), but he would today, says the Post poll, because 15 percent of Clinton voters would abandon her. That may be in part because she now has a loser’s aura.

By the way, you know who fares far worse than Trump? The Democrats. Only 28 percent say the party is in touch with the concerns of most Americans, says the Post/ABC poll, and that’s down from 48 percent in 2014. “And the biggest drop is among self-identified Democrats, from 83 percent saying they are in touch to just 52 percent today.”

And of those who say Trump hasn’t accomplished much, about a quarter blame Republicans in Congress.

This is all a prelude to Saturday’s 100-day benchmark, with the president sticking it to the White House Correspondents Dinner that night by holding a rally in Harrisburg. And he’ll deal with one of the “fake” networks by giving interviews to CBS that will air Sunday and Monday mornings.

Before that, Trump will unveil a tax-cut proposal on Wednesday and try to cut a deal with Democrats that would fund his border wall—and keep the government from shutting down by Friday.

Once the 100 day hoopla dies down, we will see whether Trump can put more points on the board in the following months—and whether his polls will rebound.