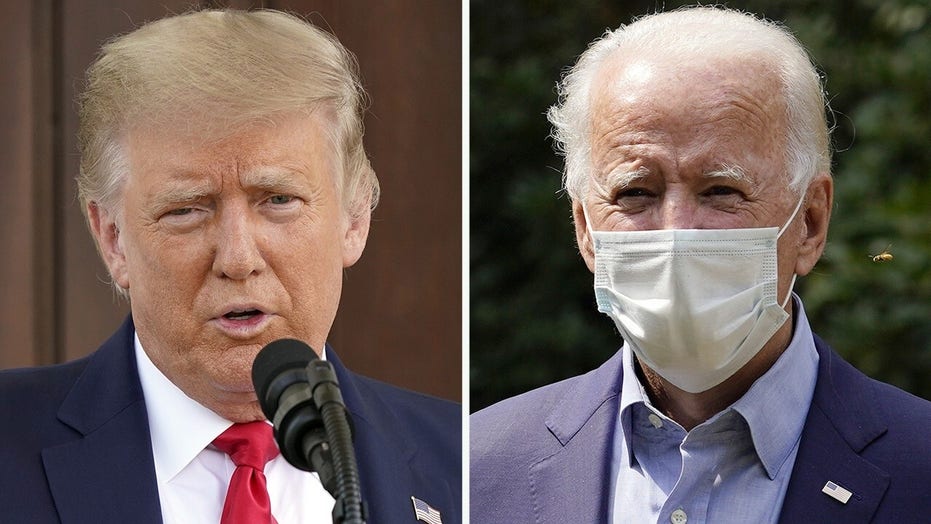 Biden holds on to lead in polls; Griff Jenkins reports.

President Trump on Tuesday said he is willing to spend some of his own money on his re-election campaign to beat Democratic nominee Joe Biden if necessary.

"If I have to, I would," he told reporters before leaving Washington for a speech in Florida.

Asked how much money he was willing to spend, Trump said: "Whatever it takes. We have to win. This is the most important election in the history of our country."

The president reiterated in a later tweet that he would fund his re-election bid if he had to do so, but caveated that he doubts it will be necessary.

During the 2016 presidential campaign, Trump contributed $66 million to his campaign. He and his allies raised about $400 million less than Hillary Clinton did four years ago.

Trump has discussed putting up as much as $100 million toward his efforts to recapture the White House in November, according to a report Tuesday from Bloomberg News that cited people familiar with the matter.

The president is believed to be worth an estimated $2.5 billion -- a drop of roughly $600 million from last September, according to Forbes' Billionaires List.

Trump's comments come one day after the New York Times reported that his re-election campaign is facing a "cash crunch" with less than 60 days to go until the Nov. 3 election, in part because of lavish spending under former campaign manager Brad Parscale. That includes $11 million spent on a pair of Super Bowl ads and more than $21 million in legal fees resulting from investigations into Trump and his impeachment trial.

Trump defended his campaign's spending in a tweet on Tuesday morning.

"My Campaign spent a lot of money up front in order to compensate for the false reporting and Fake News concerning our handling of the China Virus," Trump tweeted. "Now they see the GREAT job we have done, and we have 3 times more than we had 4 years ago - & are up in polls. Lots of $'s & ENERGY!"

Last week, Biden’s campaign said it raised $364.5 million in August alongside the Democratic National Committee, a record-shattering monthly haul. Trump and the Republican National Committee have not yet released their fundraising numbers for the month.

So far, Trump’s re-election effort has spent more than $800 million of the $1.1 billion that it's raised from the beginning of 2019. Biden's campaign has spent about $414 million through July, according to financial disclosures.