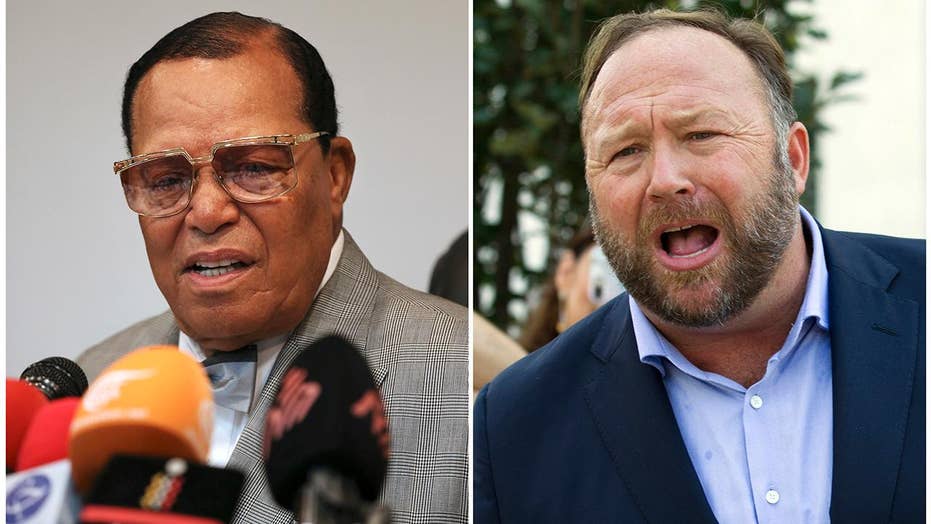 Facebook cracks down on 'controversial' people, but are they infringing upon free speech?

President Trump took to Twitter on Friday evening and slammed social media censorship in reaction to Facebook's recent crackdown of conspiracy theorists, a prominent anti-Semite, and other far-right figures, saying that he's "monitoring and watching closely."

COMPAGNO: FACEBOOK BANS ARE A 'FARCE', ATTEMPTS TO VIRTUE SIGNAL

Trump weighed in on the issue, promoting US citizens' right to "freedom of speech."

"I am continuing to monitor the censorship of AMERICAN CITIZENS on social media platforms," Trump tweeted. "This is the United States of America - and we have what's known as FREEDOM OF SPEECH! We are monitoring and watching, closely!!"

The president went on give shoutouts to Trump supporters and Fox Nation hosts Diamond & Silk, who had previously accused Facebook of suppressing their page, Paul Joseph Watson, as well as conservative actor James Woods, who was recently suspended on Twitter over a tweet that violated the platform's terms.

"It’s getting worse and worse for Conservatives on social media!" Trump exclaimed.

President Trump recently met with Twitter co-founder and CEO Jack Dorsey in the White House, where they discussed censorship of conservatives on social media.