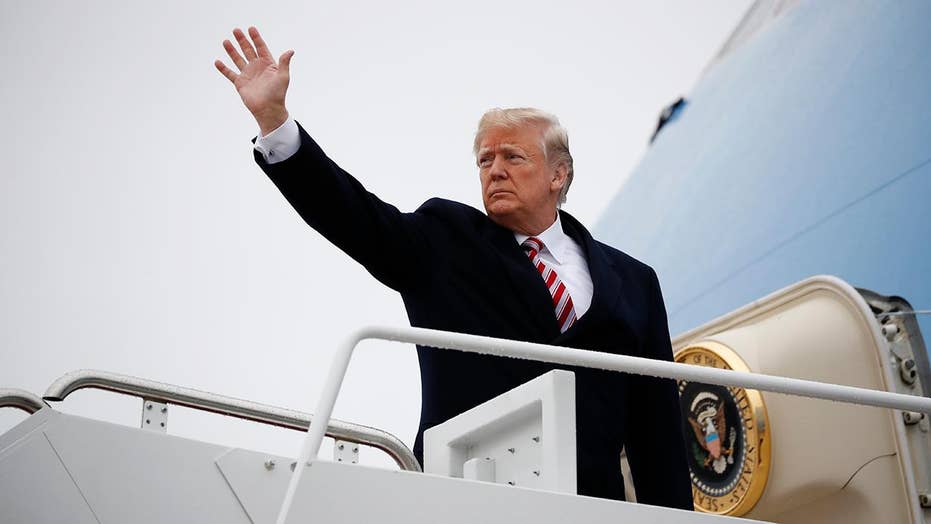 Why Trump is right to meet with Putin

President Trump took a confrontational tone with NATO countries over their military spending as he departed Tuesday for Europe, even suggesting his highly anticipated summit with Russian President Vladimir Putin could be the "easiest" stop on his four-country tour.

The president spoke to reporters as he left the White House for Brussels, where he will meet with NATO allies. But the summit is expected to be tense, amid disagreements over trade and defense spending.

“I have NATO, I have the UK, which is in somewhat turmoil, and I have Putin,” Trump noted. “Frankly, Putin might be the easiest of them all. Who would think? Who would think?”

Trump is expected to sit down with Putin in Finland, after stops in Belgium, England and Scotland. He would not say whether he considers Putin a ‘friend or foe,’ but that “as far as I’m concerned, he’s a competitor.”

He added: “I actually do have a little gift for him. You’ll find out that gift when I give it.”

The two leaders are set to discuss Syria, Ukraine and a range of national security issues.

The summit comes amid Special Counsel Robert Mueller’s investigation into Russian meddling and potential collusion with Trump campaign associates during the 2016 presidential election. Trump has repeatedly blasted that probe as a “witch hunt,” and has denied any collusion with the Russians.

Trump has also given conflicting statements about the role Russia played in 2016 in regards to interfering with the election. Most recently, the president echoed Russian denials of involvement.

Trump first met with Putin in July 2017 at the G-20 summit. There, Trump pressed Putin on election meddling.

But the first stop on the president’s tour is Brussels for the NATO summit, where tensions are expected to rise in part over tariffs and the potential trade war between the European Union and the U.S. Trump implemented tariffs of 25 percent on steel and 10 percent on aluminum imports, and the EU is pushing to retaliate.

Trump also has been pressing NATO countries to fulfill their goal of spending 2 percent of their gross domestic products on defense by 2024. NATO estimates that 15 members, or just over half, will meet that benchmark based on current trends.

Since the election, Trump has criticized NATO countries for not paying their fair share, while suggesting he would only come to the defense of NATO nations that fulfilled their financial obligation.

When asked about talks with allies, Trump fired back that the U.S. has been “taken advantage of.”

“Getting ready to leave for Europe. First meeting- NATO. The U.S. is spending many times more than any other country in order to protect them. Not fair to the U.S. taxpayer. On top of that we lose $151 Billion on Trade with the European Union. Charge us big Tariffs (& Barriers)!” Trump tweeted.

Trump said as he left the White House that the U.S. has lost $150 billion in trade, and spends “70 percent on NATO.”

Early Tuesday, European Council President Donald Tusk hit back at Trump, suggesting that the U.S. "doesn't have and won't have a better ally than EU," and took a shot at Trump for his willingness to negotiate with Russia and China.

"Dear @realDonaldTrump. US doesn’t have and won’t have a better ally than EU. We spend on defense much more than Russia and as much as China. I hope you have no doubt this is an investment in our security, which cannot be said with confidence about Russian & Chinese spending :-)," Tusk tweeted.

The next stop on the president’s tour will be Britain, amid a tumultuous climate for Prime Minister Theresa May. May’s government is in turmoil over her plans for exiting the European Union.

This week, U.K. Foreign Minister Boris Johnson stunningly resigned amid the growing backlash over May and her handling of Britain’s departure from the EU. Johnson resigned less than 24 hours after Brexit Secretary David Davis and junior Brexit minister Steve Baker left their posts in protest of how the government is handling Brexit. 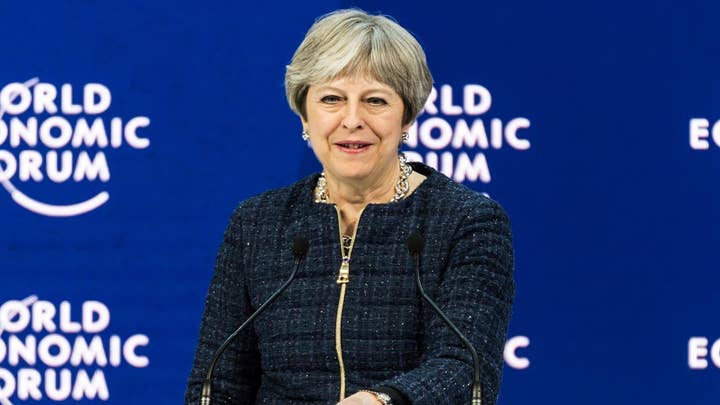 Trump suggested Tuesday that he may meet with Johnson when he gets over there.

“I like him,” Trump said of Johnson. “Boris Johnson is a friend of mine.” 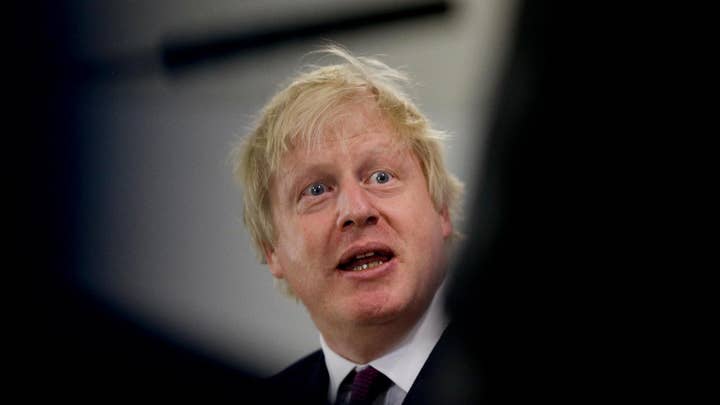 Trump, who has been vocal in his supporter of Brexit, is slated to meet with May on Friday.

When asked whether May would remain in power, the president responded: “That’s up to the people—not up to me.”

Trump’s tour will continue with a stop in Scotland over the weekend, then conclude with his final stop in Helsinki, Finland on Monday.