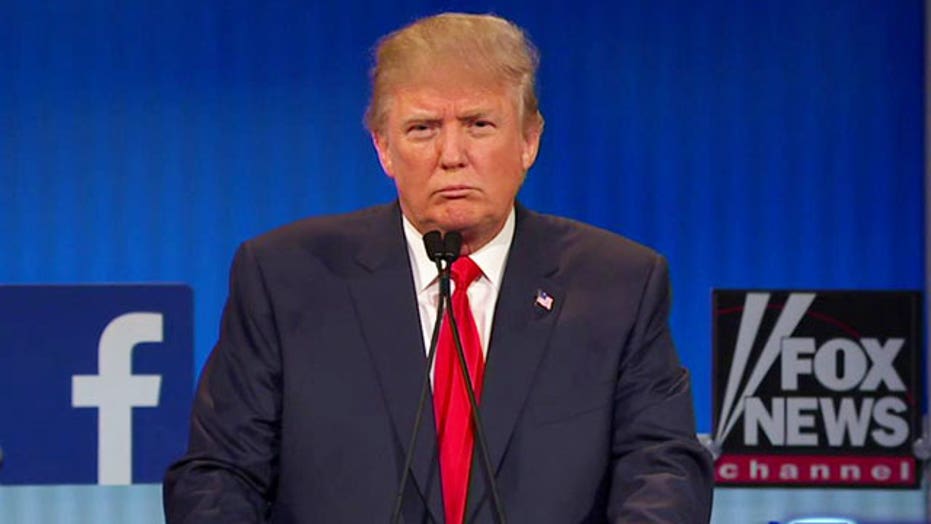 Republican presidential candidate: I'd like to see a private system without 'artificial lines'

Republican presidential candidate Donald Trump raised eyebrows Thursday when he revealed that Democratic frontrunner Hillary Clinton attended his wedding, claiming it was because he had donated significantly to the Clinton Foundation.

The business mogul was asked about donations he had made to a number of Democratic candidates including Hillary Clinton and Nancy Pelosi, D-Calif., which he justified by saying that he did it to get people to do what he wanted.

Fox News host Bret Baier questioned Trump at the Fox News-Facebook Republican presidential primary debate about what Hillary Clinton did for him in return for his donations.

“I’ll tell you what, with Hillary Clinton I said ‘be at my wedding’ and she came to my wedding,” Trump said to laughter from the audience.

“You know why? She had no choice because I gave,” Trump said.

However, he went on to say that he didn’t know at that time what his donations to the controversial Clinton Foundation would be used for.

“I gave to a foundation that frankly, that foundation is supposed to do good,” Trump said. “I didn’t know her money would be used for private jets going all over the world -- it was.”