President Trump told reporters Thursday that he wants to send between 2,000 and 4,000 National Guard members to America's southern border.

The president also said that he planned to "probably keep them or a large portion of them until the wall is built," a reference to his long-promised barrier along the U.S.-Mexico frontier.

On Wednesday, Trump signed a proclamation sending the guard to the border in an effort to stop what his administration called an "unacceptable" flow of drugs, criminal activity and illegal immigrants.

The president spoke to reporters on his way back to Washington from West Virginia, where a scheduled round-table discussion of tax reform turned into a Trump monologue on the border and illegal immigration.

"We have to have strong borders. We're going to have the wall," Trump said. "We've started building and fixing miles and miles of wall that’s already up and fence and we’re gonna have our wall and we’re gonna get it very strongly and the military is going to be building some of it."

Mexico's ambassador on the impact of US troops on the border

Trump announces plan to send up to 4,000 National Guard troops to the Mexico-U.S. border; Mexican ambassador to the U.S. Geronimo Gutierrez reacts on 'The Story.'

"We are going to do it as quickly as we can do it safely," Vitiello told Fox News' "Outnumbered Overtime.".

He said that guard members would be placed in jobs that do not require law enforcement work, an apparent reference to undertaking patrols and making arrests.

In Washington, the Pentagon said it is establishing a new "border security support cell" that will be manned 24 hours a day.

"This is not business as usual," said Pentagon spokeswoman Dana White, who added that guard members would "support border patrol agents who are performing law enforcement duties."

The National Guard in Texas expressed support, but said in a statement that deployment remained in "very early planning stages." The Republican governors of New Mexico and Arizona have also backed the deployment. It remained unclear Thursday how Democratic California Gov. Jerry Brown would respond to Trump's call.

With troops in all states, the National Guard has been called on by past presidents and governors to help secure U.S. borders, and the Texas contingent said it had "firsthand knowledge of the mission and operating area" that will allow it to move seamlessly into the new role.

Trump ordered the deployment because "we are at a crisis point" with illegal immigration, Secretary Kirstjen Nielsen of the Department of Homeland Security said.

"We'd like to stop it before the numbers get even bigger," she said. 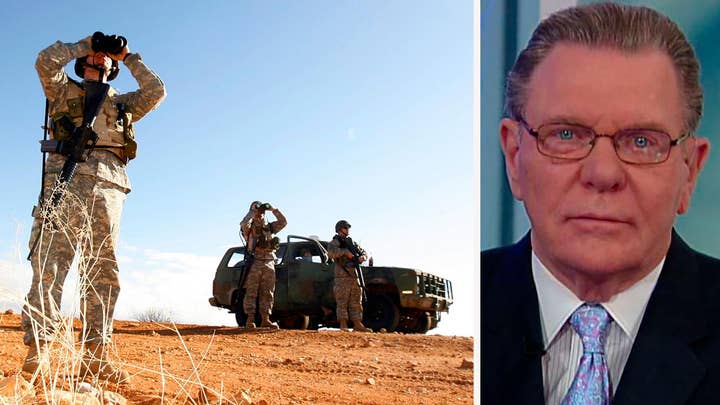 Nielsen said guard members would provide support to border officials, "help look at the technology, the surveillance, in some cases we'll ask for some fleet mechanics" and free up agents trained in law enforcement for other duties.

Arrests along the U.S. border with Mexico jumped to 50,308 in March, a 37 percent increase from February, and more than triple the same period last year. Border arrests rose 10 of the last 11 months after falling in April 2017 to the lowest since the Department of Homeland Security was created in 2003.

But Republican Mayor Dee Margo of El Paso, Texas, told National Public Radio's Morning Edition Thursday he was not convinced extra forces are needed for his border city, which he called "the safest" in the United States.

NATIONAL GUARD WILL ONLY PLAY SUPPORTING ROLE TO AGENTS AT BORDER

"We already have a fence that was established during the Bush administration that runs through the city," he said.

Instead of more troops, Margo said "what I would love to see is a better understanding of what truly goes on the border."

In Mexico, the country's politicians put aside differences to condemn Trump's deployment decision. Mexico's Senate passed a resolution Wednesday calling for the suspension of cooperation on illegal immigration and drug trafficking in retaliation.

U.S. presidents have deployed the military or the National Guard to help the Border Patrol in the past.

In 1997, camouflage-clad U.S. Marines ordered to patrol the border for drugs in West Texas shot and killed 18-year-old Esequiel Hernandez Jr. while he was herding his family's goats near the tiny village of Redford, Texas, along the border.

That shooting sparked anger in the region and ended the President Bill Clinton-era military presence along the international line.

Bush sent troops back from June 2006 to July 2008, with guard members performing support duties aimed at freeing up federal agents from routine non-enforcement tasks so they could focus on border security. 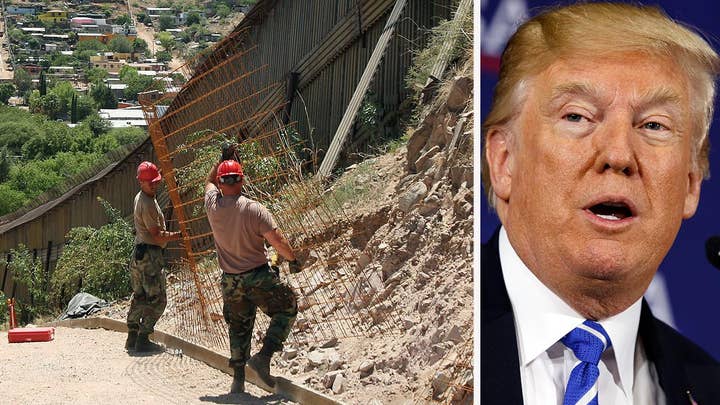 Their presence was especially felt in Palomas, Mexico, a smuggling hub south of the village of Columbus, New Mexico, where the increased presence and equipment was credited with easing illegal northbound immigrant travel.

Those troops worked on intelligence, surveillance and reconnaissance support, analysis and training, and support efforts to block drug trafficking.

They temporarily supplemented Border Patrol agents until Homeland Security could recruit and train additional officers and agents to work on the border. While some were armed for their own self-defense, they were not authorized to make arrests.

During the last two border deployments, the guard's supporting role was criticized by some people who thought they should be more involved in enforcement.

There are now more than 20,000 Border Patrol agents along the U.S.-Mexico boundary, and a number of other federal agencies also have a presence.