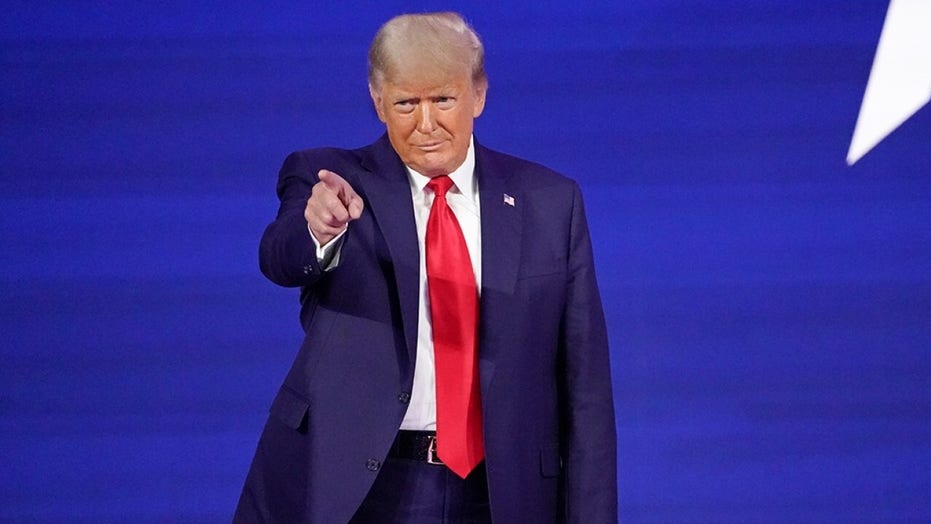 Trump told "The Next Revolution With Steve Hilton" that his team alerted the Department of Defense days before the rally that crowds might be larger than anticipated and 10,000 national guardsmen should be ready to deploy. He said that -- from what he understands -- the warning was passed along to leaders at the Capitol, including House Speaker Nancy Pelosi -- and he heard that the request was rejected because these leaders did not like the optics of 10,000 troops at the Capitol.

Pelosi’s office and the Defense Department did not immediately respond to an email inquiry from Fox News.  Trump told Steve Hilton, the show’s host, that he "hated" to see what unfolded on Jan. 6 at the U.S. Capitol.

Much of what led to the riot at the Capitol remains a mystery. 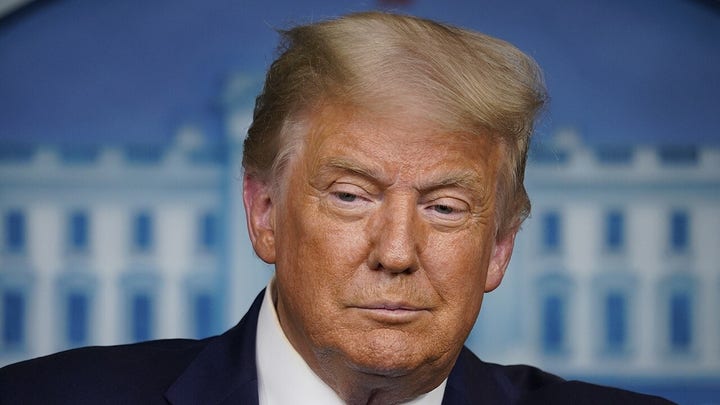 Last week, former Capitol Police Chief Steven Sund told a bipartisan Senate panel that he didn’t know then that his officers had received a report from the FBI’s field office in Norfolk, Virginia, that forecast, in detail, the chances that extremists could bring "war" to Washington the following day.

The head of the FBI’s office in Washington has said that once he received the Jan. 5 warning, the information was quickly shared with other law enforcement agencies through a joint terrorism task force.

Sund and House Sergeant-at-Arms Paul Irving also could not agree on when National Guard assistance was requested.

Sund said he submitted the request at 1:09 p.m. on Jan. 6. But Irving insisted he did not receive the request for National Guard support until after 2 p.m. while in former Senate Sergeant-at-Arms Michael Stenger’s office. When pressed, Irving said he took a call from Sund before while on the Congress floor.

Sund and Irving disagreed on when the National Guard was called and on requests for the guard beforehand. Sund said he spoke to both Stenger and Irving about requesting the National Guard in the days before the riot, and that Irving said he was concerned about the "optics" of having them present. Irving denied that, saying Sund’s account was "categorically false."

Sen. Lindsey Graham, R-S.C., told Fox News earlier this month that he is in favor of a 9/11-style commission to examine key details that contributed to last month’s deadly riot at the Capitol.

Republicans have signaled that evidence could show that Democrat leaders were aware of the threat and did little to prevent the Jan. 6 attack.

Pelosi said the commission will "investigate and report on the facts and causes relating to the January 6, 2021, domestic terrorist attack upon the United States Capitol Complex … and relating to the interference with the peaceful transfer of power."

Earlier this month, Mark Meadows, the former White House chief of staff, told Fox News’ "Sunday Morning Futures with Maria Bartiromo" that Trump issued a "direct order" to have up to 10,000 troops ready.

Trump told Hilton that contrary to reports that have been circulating, he was not watching the riot in real-time and only began following the events later on when he heard about the chaos.

Trump said he hated to see the riot but compared it to unrest that occurred in cities like Portland and Seattle.

"I hate to see any of that, but it is a double standard," he said.