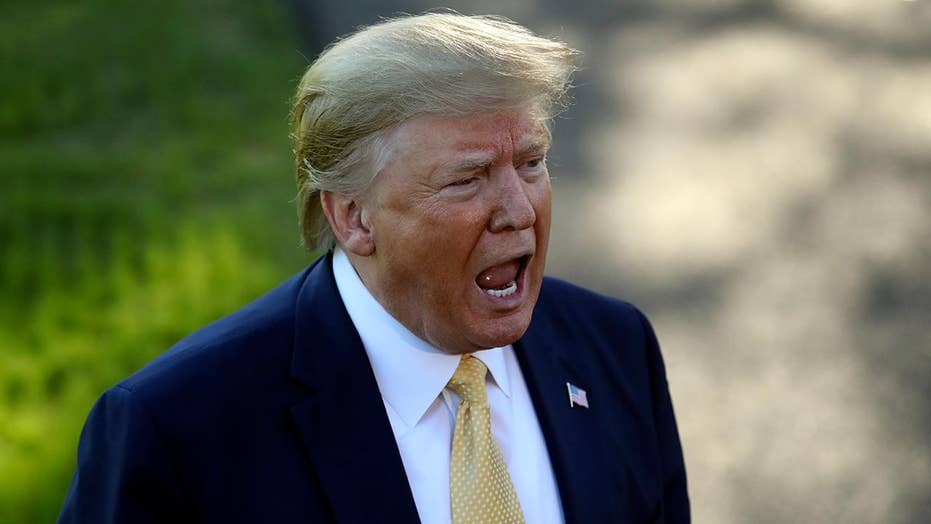 “I guess that means that they, along with all of those that evilly 'Colluded' with them, must all be immediately Impeached!” tweeted the president.

The conventional argument is that no, House members and senators cannot be impeached. That’s true for the most part – even though the House did impeach Tennessee Sen. William Blount - twice - in the 18th Century. But we’ll come back to that in a minute.

The Constitution is clear that the president and vice president qualify for impeachment. But what is a “civil Officer?”

Congressional Democrats are skirting past precedent and using the House Intelligence Committee to impeach President Trump, instead of the Judiciary Committee, to shrowd their actions from the public, said Wall Street Journal columnist Kim Strassel.

It was determined that a “civil Officer” is someone subject to presidential appointment and Senate confirmation - like a cabinet official or a federal judge. That’s why the House has impeached various federal judges over the years, Supreme Court Justice Samuel Chase (who bore the nickname “Old Bacon Face”) and Secretary of War William Belknap. In other words, House members and senators aren’t “civil Officers,” and thus, exempt from impeachment.

There’s no mechanism in the Constitution for a voter “recall” as is possible for some state officeholders. The president, vice president, House and Senate members serve a fixed term. However, Article I, Section 5 of the Constitution grants the House and Senate authority to “punish its Members for disorderly Behaviour, and, with the Concurrence of two thirds, expel a Member.”

The House has only expelled five members in history. The House kicked out three in 1861 for supporting the Confederacy. The most recent were expulsions were Rep. Michael Myers, D-Pa., in 1980 and Rep. Jim Traficant, D-Ohio, in 2002. A jury convicted Myers of bribery in the “Abscam” scandal. Traficant was convicted on a host of charges.

With the Constitution’s “expulsion clause,” it’s odd that the House would ever try to target a member of the other body – the “civil Officer” issue, notwithstanding. But that’s what happened when the House impeached Tennessee Sen. William Blount in 1797.

Charlie Kirk and Anthony Tall weigh in on Trump ripping Democrats over their impeachment push.

One could make the case that the impeachment was extra-Constitutional, and, at the very least, unfair. Why should the House have the ability to impeach a senator, and yet the Senate not have the opportunity to move against a House member? After all, the Constitution declares that the House holds “the sole Power of Impeachment.”

This brings us to the curious case of Sen. Blount - who, by the way, did not have as great a nickname as “Old Bacon Face.”

In 1797, President John Adams learned that Blount and others offered to help Great Britain seize what is now Louisiana and Florida, controlled then by the Spanish. Blount didn’t want Spain to fork over the region to France. He fretted such a move could diminish the value of his own land. So he tried to cut a deal with the British.

The House of Representatives found out about Blount’s gambit and voted to impeach him. It was the first impeachment of any kind in U.S. history.

The Senate didn’t technically act on the House’s articles of impeachment for Blount. Exercising its authority under Article I, Section 5 of the Constitution, the Senate, in fact, voted to banish Blount because of his conspiracy with Britain. Thus, Blount carries the ignominious distinction of being the first House or Senate member expelled by Congress – and impeached. But to be clear, the Senate did not conduct an impeachment trial to determine Blount’s guilt, innocence or fitness for office. The Senate simply voted to kick him out.

Believe it or not, in January 1798, the House took another stab at trying to impeach Blount. The House approved five articles of impeachment and sent them to the Senate. The Senate even dispatched Senate Sergeant at Arms James Mathers to Knoxville, TN to serve a summons to Blount to appear in Washington at his Senate trial. 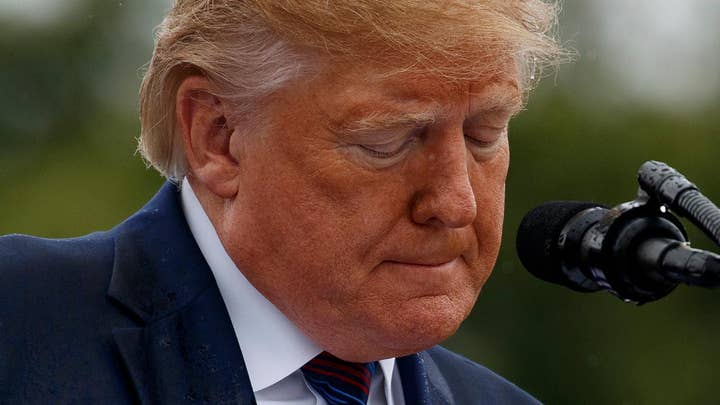 Word didn’t travel fast back then. Upon his return to Tennessee, Mathers discovered Blount was now serving as Speaker of the Tennessee House. Blount did not return to Washington with Mathers. But the Senate elected to conduct the impeachment trial without Blount present. The trial didn’t start until Christmas Eve Day, 1798.

And you thought it was big deal when the Senate voted to approve the first version of Obamacare on Christmas Eve Day, 2009.

Lawyers for Blount argued the Senate didn’t have the right to bring the articles of impeachment for a trial. After all, the senator wasn’t a “civil Officer” as proscribed by Article II, Section 4 of the Constitution under candidates who could face impeachment. Moreover, Blount wasn’t even in the Senate anymore.

In January 1799, the Senate finally resolved the Blount impeachment. The Senate rejected one resolution stating he should be tried anyway because he had been a U.S. senator. The Senate then approved a second resolution, declaring it lacked jurisdiction to try Blount at all.

And that was the last time anyone ever tried to “impeach” a member of the House or Senate.

The concept of parliamentary “precedent” means a lot in the operations of the House and Senate. But, just because the Senate handled the Blount case the way it did doesn’t mean it established a strict procedural “precedent” for future impeachments. The Senate wasn’t clear on lacking the grounds for “jurisdiction” question when it came to Blount. Did the Senate not forge ahead with an impeachment trial because he was no longer a senator (or, a “civil Officer,” for that matter)? Or, did the Senate dismiss the impeachment trial because the House articles collided headlong with the Constitution’s expulsion for lawmakers clause in Article I, Section 5?

If President Trump wants to impeach Schiff, Pelosi or Romney, the House would have to initiate such a process – if members even think that’s possible, based on the Blount episode. There’s a reason the House hasn’t impeached another lawmaker since the infancy of the republic. And considering the entanglements of the Blount case who constitutes a “civil Officer,” it’s doubtful the House would prepare such articles of impeachment against another lawmaker again.

They’d just try to expel them.