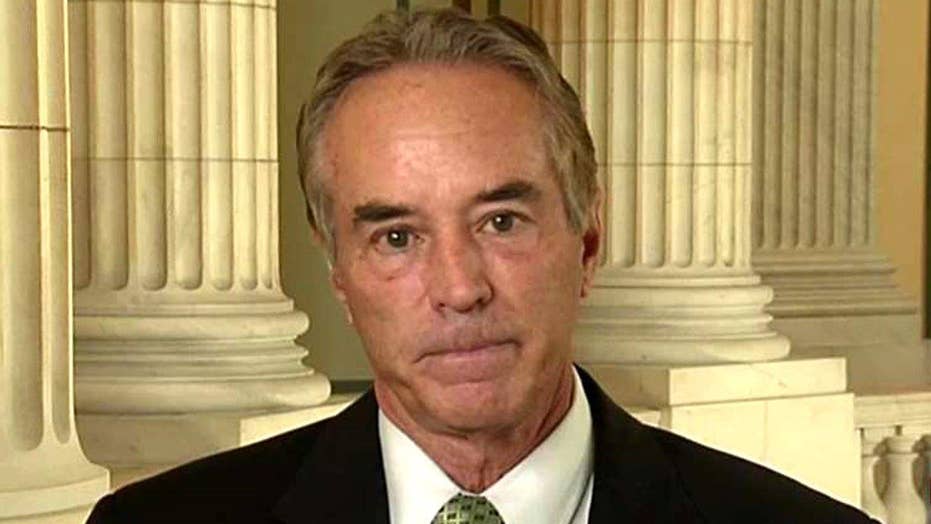 GOP lawmaker on meeting Trump amid push for party unity

Donald Trump will reportedly meet Monday in Washington with nearly two dozen influential Republicans, with the apparent hope of improving relations with the GOP establishment.

The Republican presidential front-runner will be in the nation’s capital to speak at the annual policy conference for AIPAC, or the American Israel Public Affairs Committee, a major pro-Israel group.

Trump’s meeting with Republican lawmakers and other party leaders, as first reported by The Washington Post, will be his first major discussion with them since last fall, when he was on Capitol Hill to protest President Obama’s Iranian nuclear agreement.

The off-the-record meeting was reportedly organized in part by Alabama GOP Sen. Jeff Sessions, who has endorsed Trump.

The names of the attendees have not been released, but Senate Majority Leader Mitch McConnell told “Fox News Sunday” that he’ll be in his home state of Kentucky on Monday, while Congress is on a two-week recess.

At least some factions of the so-called Republican establishment have tried to stop Trump from winning the nomination, in part by supporting other candidates, purportedly backing negative-advertising campaigns and speaking out against the billionaire businessman’s agenda, which includes a vow to dismantle the establishment’s grip on politics, government and wealth.

Meanwhile, Trump has continued to call for party unity to help defeat the Democratic presidential nominee, which increasingly appears to be Hillary Clinton, as he continues to win primaries, add delegates and eliminate primary challengers.