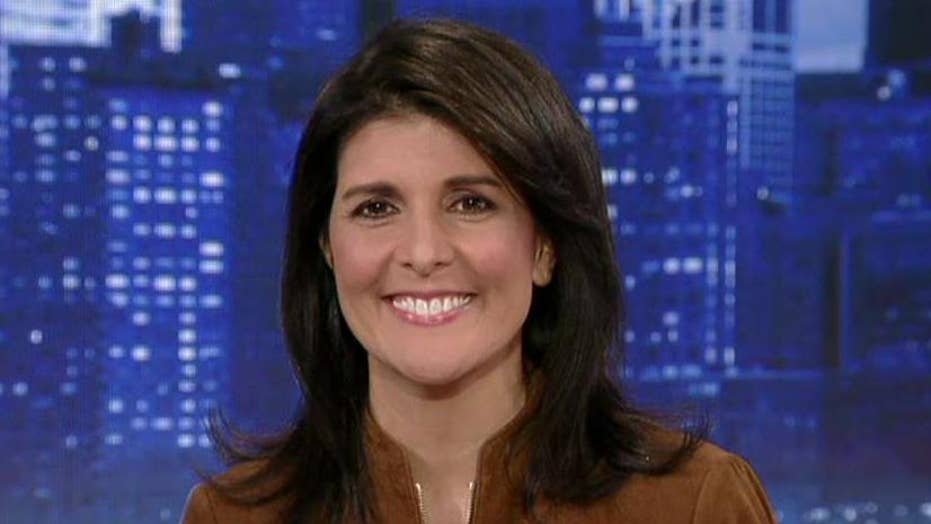 Nikki Haley on the decision to move US embassy to Jerusalem

Insight from the United States ambassador to the United Nations on 'The Story.'

Israeli Prime Minister Benjamin Netanyahu on Wednesday said his “solid assessment” is that the American Embassy will be moved to Jerusalem in the coming year, but President Trump said otherwise later in the day.

“By the end of the year?” Trump told Reuters in an exclusive interview. “We’re talking about different scenarios. I mean obviously that would be on a temporary basis. We’re not really looking at that. That’s a no.”

He stood by his decision to relocate the embassy and told the news agency that it will be “beautiful” and not one that costs $1.2 billion.

Trump recently criticized the U.S. Embassy in London that he said cost $1.2 billion. He tweeted last week that he would not come to London to open the new embassy because it represented a poor investment.

Trump’s decision to move the embassy in Israel prompted some blowback in the region. Palestinian President Mahmoud Abbas said Trump is unfit to broker any negotiations and called the move “sinful.”

Trump upended decades of U.S. policy with his Dec. 6 announcement that he was recognizing Jerusalem as Israel’s capital. Though Trump said he was merely recognizing reality and not prejudging negotiations on the future borders of the city, Palestinians saw the move as siding with Israel on the most sensitive issue in the Israel-Palestinian conflict.

Netanyahu told Israeli reporters traveling with him in India on Wednesday his "solid assessment" is that the American Embassy "will be moved far faster than what we think ... in the course of the year."