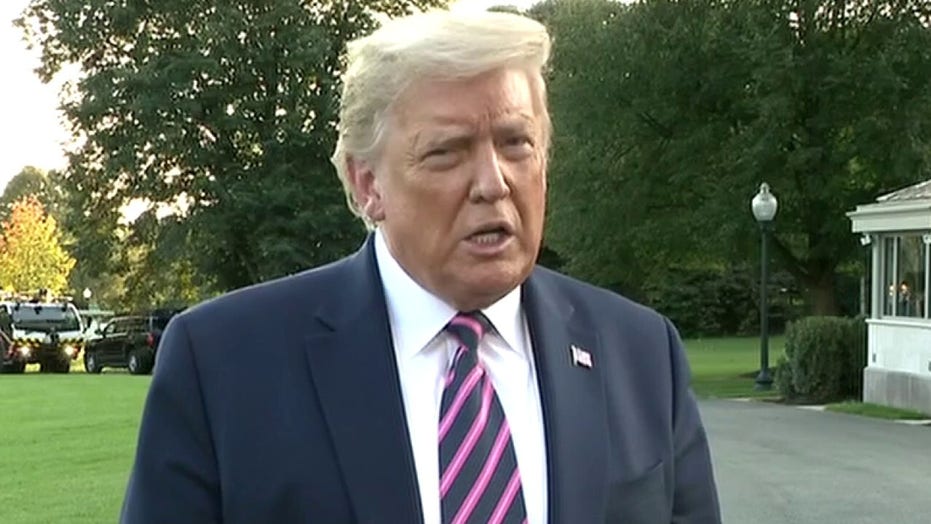 Trump: ‘I have a constitutional obligation to put in 9 justices’

President Trump is preparing to issue a series of executive actions on health care "in the weeks ahead" as his administration fights to repeal the Affordable Care Act in the Supreme Court, Vice President Mike Pence said.

During an interview with "CBS Evening News" on Tuesday, Pence defended the White House-backed legal challenge to the Affordable Care Act, the landmark health law also known as ObamaCare. The lawsuit has drawn increased scrutiny following the death of Justice Ruth Bader Ginsburg, a stalwart of the court's liberal bloc, on Friday.

Trump and other Republican leaders indicated after Ginsburg's death that they intended to move forward with filling the court's vacancy.

Senate Majority Leader Mitch McConnell, R-Ky., appears to have secured enough votes to confirm Trump's nominee, although it's still unclear whether the vote could come before the November presidential election or in the lame-duck session that takes place after the election but before the new Congress starts.

The high court is slated to begin hearing oral arguments Nov. 10, one week after the presidential election.

“We’ve long believed that the individual mandate at the center of ObamaCare was unconstitutional,” Pence said when asked whether Trump would nominate a judge who supports killing the ACA. "But make no mistakes about it, the president’s also been very clear that we’re going to make sure that any American with a preexisting condition continues to have coverage."

He continued: “The president’s going to take action in the weeks ahead to ensure that, and we’re going to continue to take our case to Capitol Hill to pass a new health care reform bill that will lower the cost of health insurance without growing the size of government."

One of the executive actions could include a measure safeguarding insurance protections for people with preexisting conditions should the Supreme Court roll back all of or part of ObamaCare, according to Politico, citing seven people familiar with the discussions.

Another action under consideration is preventing patients from receiving "surprise" medical bills and an effort to address mental health, Politico reported.

Trump is expected to make the announcements during an event Thursday afternoon in North Carolina.

Trump previously pledged to release a health care plan by the end of August but missed the self-imposed deadline.

“The president in the next week or so will be laying out his vision for health care,” she said.

The ultimate outcome of the lawsuit to overturn ObamaCare will affect millions of Americans, and the repeal of the decade-old law could leave up to 32 million people without health insurance by 2026, according to a Congressional Budget Office report from 2017 about the effects of repealing ObamaCare.