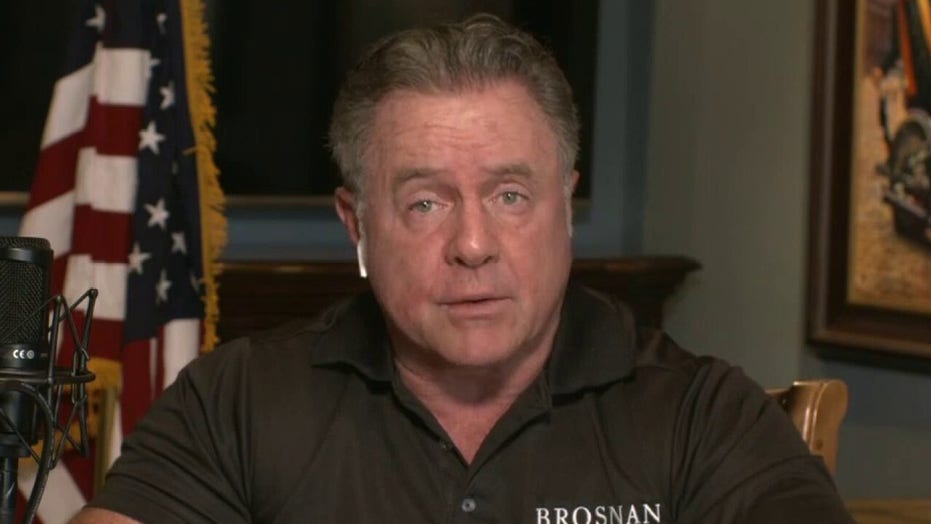 Pat Brosnan reacts to 'astonishing' violence in US cities

Former NYPD detective Pat Brosnan on political attacks against police forces and the impact on spike in crime.

President Trump responded to a viral video in which protesters in Pittsburgh appear to be disturbing an elderly white couple dining at a restaurant outdoors, blaming Democrats for allowing such behavior from their supporters to go on.

In the video, several individuals can be seen shouting at the couple, some from close range. One woman can be seen walking over to their table, picking up a beverage, and drinking it. Local authorities said they are investigating the incident.

“These Anarchists, not protesters, are Biden voters, but he has no control and nothing to say,” Trump tweeted Tuesday morning.

He added: “And because of weak and pathetic Democrat leadership, this thuggery is happening in other Democrat run cities and states. Must shut them down fast.” Trump also accused his November opponents, former Vice President Joe Biden and Sen. Kamala Harris, D-Calif., of being unwilling to speak frankly about such incidents.

BIDEN'S CONDEMNATION OF RIOT VIOLENCE 'TOO LATE,' TRUMP SAYS; WHAT THE RECORD SHOWS ON DEM'S RESPONSE

Biden has recently spoken out against violent demonstrations, saying that while he supports protests, he condemns “violence in any form.” Despite that messaging, conservatives have criticized him and other Democrats for not stating that those behind recent looting and rioting have been associated with the left.

Biden has not made many public appearances in recent months, although he has been campaigning in Pennsylvania. During an interview with Harrisburg's WGAL, Biden rejected the idea that he has not come out strong enough against violent protests, saying he has “condemned it across the board.”

When asked if he condemns Antifa, he said, “Yes I do. Violence no matter who it is.”