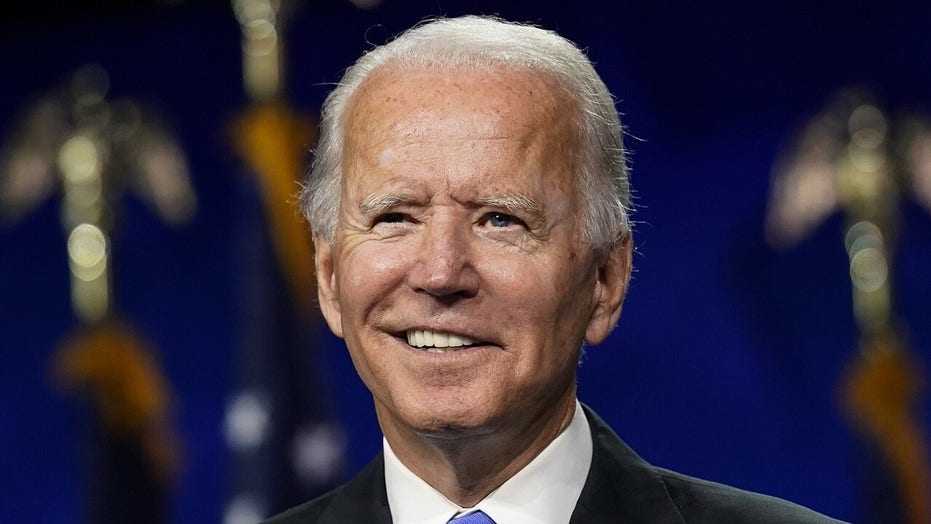 Democratic presidential nominee Joe Biden this week issued a condemnation of riots in Kenosha, Wis. -- one of just a handful of occasions he's spoken out against the violence plaguing American cities for months, and a response that Republicans argue comes too late.

"Needless violence won’t heal us," Biden tweeted on Wednesday in response to the riots that erupted over the police shooting of Jacob Blake, a Black man. "We need to end the violence -- and peacefully come together to demand justice."

In an interview with MSNBC Thursday, Biden said again that "I condemn violence in any form, whether it's looting or whatever it is."

But Republicans openly questioned the sincerity of the message, as their convention showed the party framing the election not just as a choice between President Trump and the "radical left" but as one between "security" and "mayhem."

Trump, in his GOP nomination address Thursday night, alleged Biden and his allies were “completely silent” on the riots – noting the issue was glossed over at their own convention a week earlier – and are only starting to mention it now for political reasons.

“It is too late, Joe,” Trump declared.

“Joe Biden’s lengthy delay in condemning the leftist mob in response to the rioting that is ravaging America’s communities is more proof he is beholden to the radical left,” Republican National Committee spokesman Steve Guest told Fox News. 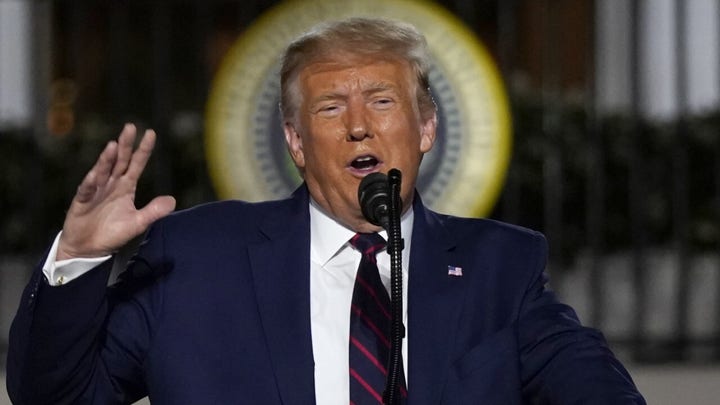 Protests initially broke out in cities across the country in the wake of George Floyd's death in Minneapolis police custody at the end of May. While many daytime protests against racism and police brutality were peaceful, they escalated into violence and riots in cities including Minneapolis, where Floyd died, as well as New York, Chicago and elsewhere, often after dark, and sometimes involving different groups of demonstrators with different goals.

On May 31, Biden released a statement in which he said that “every person of conscience can understand the rawness of the trauma people of color experience in this country, from the daily indignities to the extreme violence, like the horrific killing of George Floyd.

Days later he delivered a speech from Philadelphia, in which he described Floyd’s death as a “wake-up call” to the U.S. During that lengthy speech, he briefly touched on the rioting -- as he also grouped it in with “violence” by the police and Trump administration.

“There is no place for violence. No place for looting or destroying property or burning churches, or destroying businesses -- many of them built by people of color who for the first time were beginning to realize their dreams and build wealth for their families,” he said. "Nor is it acceptable for our police -- sworn to protect and serve all people -- to escalate tensions or resort to excessive violence.”

“We need to distinguish between legitimate peaceful protest -- and opportunistic violent destruction,” he said. “And we must be vigilant about the violence that's being done by the incumbent president to our democracy and to the pursuit of justice.”

In that speech, and elsewhere, Biden spent considerably more time attacking police brutality and the response of the Trump administration -- particularly in Washington, D.C., where protesters were pushed back and sprayed with a tear gas-like irritant ahead of what critics said was a photo opportunity by President Trump at St. John’s Church. 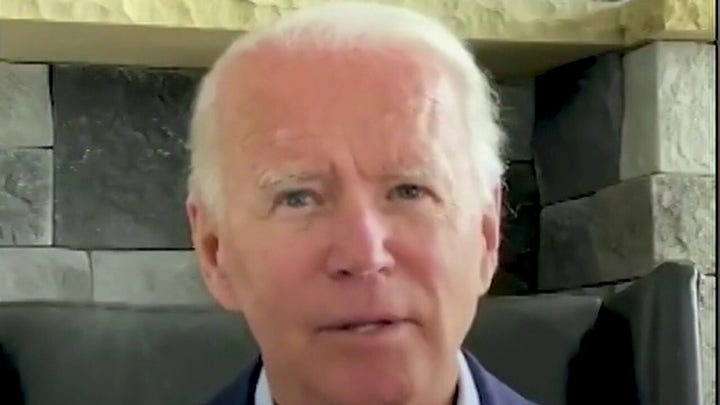 Over the summer, as riots raged on near the Hatfield Courthouse in Portland, and the Trump administration sent law enforcement to deal with the unrest, much of Biden’s attention would focus on that instead, accusing the feds of attacking “peaceful protesters” -- with little mention of the riots that had triggered a federal response in the first place.

On July 21, Biden released a statement in which he accused Trump of "egregious tactics" and federal agents in Portland of “brutally attacking peaceful protestors, including a U.S. Navy veteran.”

"The Obama-Biden administration protected federal property across the country without resorting to these egregious tactics — and without trying to stoke the fires of division in this country,” he said.

The contrast with Trump, who along with his administration was highlighting violence in the city and elsewhere on a near-daily basis, was stark.

This week, when riots erupted after the shooting of Jacob Blake in Kenosha, Wis., Biden’s initial response was to call for an investigation and for the police officers to be held “accountable.” He also talked about the need to “dismantle systemic racism." 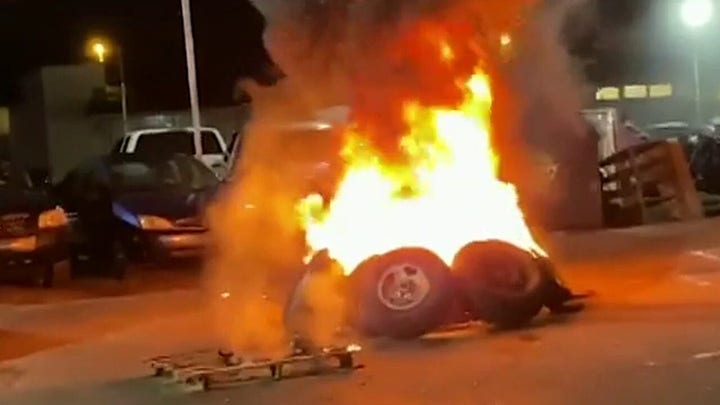 However, it was not until Wednesday that Biden himself condemned the violence that followed -- a day after his campaign had released a similar statement. A video statement begins with outrage about Blake's shooting. He then says that “protesting brutality is a right and absolutely necessary but burning down buildings is not protest -- it’s needless violence.”

For their part, Democrats say Trump is using "fear" to boost his own reelection, while long accusing the president of doing little to address systemic racism and of even aligning with racists and white supremacists.

In reaction to Thursday's address, Biden aides and allies claimed that Trump glossed over racial injustice issues and reminded that the unrest is happening on his watch.

"Donald Trump just delivered a dark, angry speech to wrap up a dark, angry Republican Convention. As I’ve said many times, this campaign is a battle for the soul of America," Biden said in a fundraising message after the close of the GOP convention.

On Thursday, in the interview with MSNBC, Biden accused Trump of "pouring fuel on the fire."

"[Trump] views this as a political benefit to him," Biden argued. "He's rooting for more violence, not less. ... If we want to end where we are now, we've got to end his tenure as president."