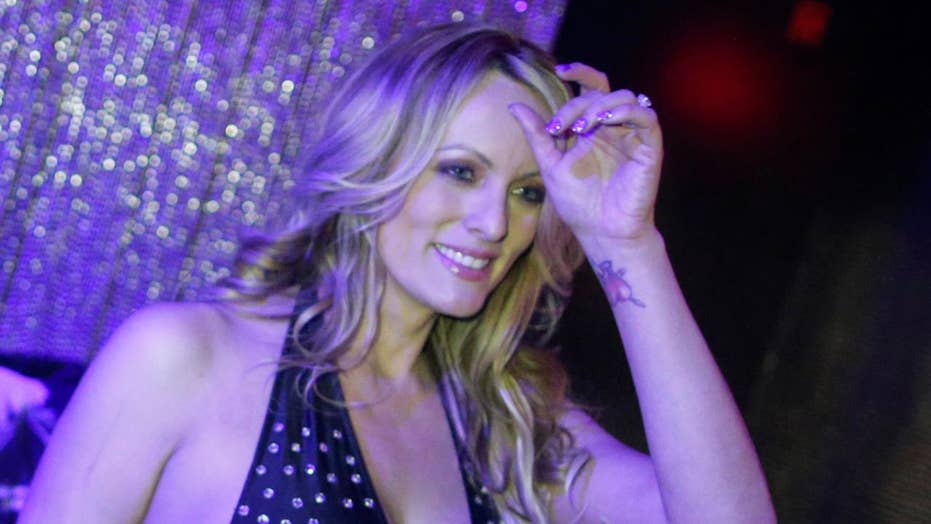 Documents marked “HIGHLY CONFIDENTIAL PROCEEDING” for the first time tie President Donald Trump’s flagship holding company to the continuing effort to silence a former adult-film actress who says she had an affair with Mr. Trump.

A Trump Organization lawyer, Jill A. Martin, is listed as counsel in an arbitration demand for Essential Consultants LLC, a Delaware company formed by Mr. Trump’s personal lawyer and used to pay $130,000 to Stephanie Clifford in exchange for her silence, according to Feb. 22 arbitration documents filed in Orange County, Calif.

At issue is a high-profile battle between Mr. Trump’s personal lawyer and Ms. Clifford, also known as Stormy Daniels. Michael Cohen, Mr. Trump’s lawyer, has obtained a temporary restraining order against Ms. Clifford in the arbitration to stop her from talking about an alleged 2006 sexual encounter with Mr. Trump. Ms. Clifford has asked a judge to declare the nondisclosure agreement invalid.

The White House and Mr. Cohen repeatedly have sought to distance the president from the porn-star pact and payment. Mr. Cohen, who was employed by the Trump Organization when he brokered the deal with Ms. Clifford shortly before the 2016 presidential election, has maintained he was acting on his own and has called it a “private transaction.” Soon after Mr. Trump’s electoral victory, Mr. Cohen left the company to establish his own legal practice.

It isn’t known whether Mr. Trump participated in the agreement or was aware of it. The​Federal Election Commission​is reviewing complaints by interest groups alleging the transaction violated campaign-finance law. Proving any violation would require evidence of coordination between Messrs. Cohen and Trump or his campaign, campaign-finance experts say.

Mr. Trump took a leave from the Trump Organization after the election and turned over management to his two eldest sons and another executive, but retains a major financial interest in the company. A financial-disclosure form released last year shows Mr. Trump continues to derive significant income from the company.

Ms. Martin emailed a statement from the company that said she facilitated the filing “in her individual capacity” until a New York-based lawyer gained approval to practice in California. “The company has had no involvement in the matter,” the statement said.

Asked for comment, Mr. Cohen referred the Journal to the Trump Organization’s statement. The White House hasn’t responded to requests for comment.

Stephanie Clifford, aka Stormy Daniels, has asked a judge to declare a nondisclosure agreement invalid.

“We are uncovering more and more evidence that demonstrates that the American people have not been told the truth,” Mr. Avenatti said in a statement. “We will not stop until we get to the bottom of this.”

In January, The Wall Street Journal first reported the existence of the nondisclosure agreement and the payment to Ms. Clifford, who had privately alleged she had a sexual encounter with Mr. Trump after they met at a celebrity golf tournament in 2006.

Ms. Martin, 38 years old, is a vice president and assistant general counsel at the Trump Organization based in Los Angeles, according to her LinkedIn page.

In the arbitration proceedings, Ms. Martin signed a declaration listing her office address as One Trump National Drive, which is at the Trump Organization’s Trump National Golf Club in Rancho Palos Verdes, Calif.

The company settled the lawsuits in November 2016, after Mr. Trump’s victory in the presidential election, without admitting wrongdoing.

While she had no formal role in Mr. Trump’s presidential campaign, Ms. Martin vouched for his character in media interviews during the 2016 campaign, after several women accused him of sexual harassment and assault, which he denied.

“Thousands of women have worked for him, including myself, and he’s treated us with nothing but respect and appropriately. And he’s always been someone who none of us would ever imagine he would do something like this,” Ms. Martin said of the accusations in an October 2016 interview with CNN.

"Thousands of women have worked for him, including myself, and he’s treated us with nothing but respect and appropriately. And he’s always been someone who none of us would ever imagine he would do something like this."

Mr. Cohen, who was a senior lawyer at the Trump Organization when he made the deal with Ms. Clifford in October 2016, said in a Feb. 13 statement to the media that he “facilitated” the payment using his own funds.

The arbitration filing signed by Ms. Martin was made on behalf of “EC, LLC,” an acronym for Essential Consultants used in the nondisclosure agreement, and against “Peggy Peterson,” a pseudonym for Ms. Clifford used in the agreement in an effort to conceal her true identity.

Ms. Clifford last week filed a lawsuit in Los Angeles County Superior Court seeking to have the agreement declared null and void. Neither the White House nor Mr. Cohen has responded to the suit.

Among the arguments in her complaint is that Mr. Trump didn’t sign the agreement even though he was party to it. He was listed as “David Dennison,” also a pseudonym, her court filings show. 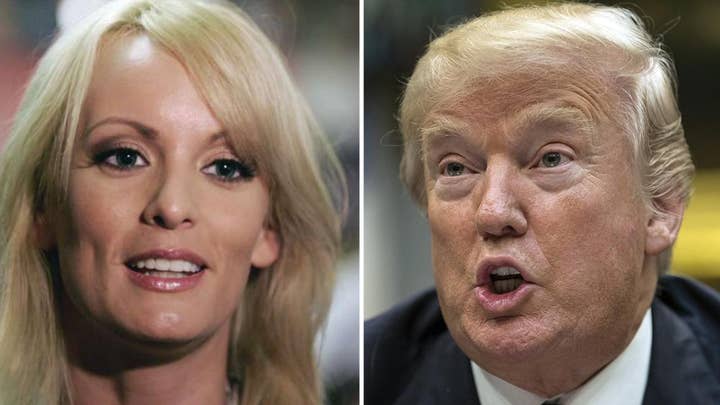 In the “highly confidential” documents Ms. Martin filed with the arbitration demand, she said the nondisclosure agreement allowed for a restraining order to be issued against “Peggy Peterson” without advance notice in the event of a threatened breach of the contract.

On Feb. 27, an arbitrator issued a temporary restraining order against Ms. Clifford barring her from violating the nondisclosure agreement. Mr. Avenatti challenged the legitimacy of the arbitration.

— Jim Oberman contributed to this article.