The Trump Organization’s chief financial officer, Allen Weisselberg, was granted immunity by federal prosecutors in the Southern District of New York to testify in the Michael Cohen case, a source with knowledge of the investigation confirmed to Fox News Friday.

The source told Fox News that Weisselberg’s immunity agreement was in conjunction with the criminal investigation as part of a grand jury probe into Cohen’s personal business dealings. Weisselberg was granted immunity prior to Cohen’s guilty plea this week.

The revelation of Weisselberg’s immunity deal comes one day after sources confirmed to Fox News that prosecutors also struck an immunity deal with publisher David Pecker, who is the CEO of American Media Inc., which publishes the National Enquirer.

Pecker’s immunity agreement allows him to speak on any involvement Cohen and Trump may have had in those payments.

While both Weisselberg and Pecker’s immunity deals are connected, specifically, to the Cohen case, it is unclear whether they will provide federal prosecutors additional information about Trump. 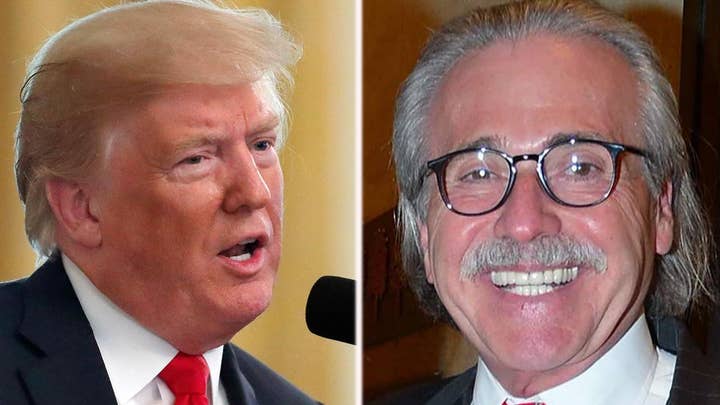 A spokesman for the Southern District of New York declined to comment to Fox News.

The Trump Organization did not immediately respond to Fox News’ request for comment.

Cohen, Trump’s former personal attorney and self-described “fixer,” on Tuesday pleaded guilty to five counts of tax evasion, one count of bank fraud, one count linked to an unlawful corporate contribution, and one count stemming from an illegal campaign contribution. The tax fraud charges were tied to his dealings with a taxi business, while the campaign finance charge was related to arranging payments to Daniels and McDougal “at the direction” of then-candidate Trump in the weeks leading up to the 2016 presidential election.

Cohen admitted to making hush money payments on behalf of Trump in what prosecutors say amounted to campaign violations. Legal experts, though, have argued that the payments could be interpreted as personal transactions, rather than moves connected to influencing the outcome of the election.

Cohen faces up to 65 years in prison on all the counts, but prosecutors have pledged to reduce his sentence sharply as part of the plea deal. 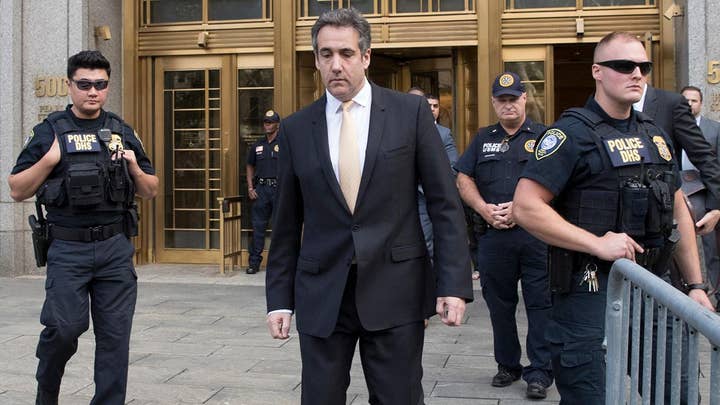 Cohen made a $130,000 payment to Daniels in the weeks prior to the 2016 presidential election in exchange for her silence about an alleged one-time sexual encounter with Trump in 2006. Cohen also was involved in the $150,000 payment to McDougal, who was given the six-figure lump sum by American Media Inc., for the rights to her story about an alleged 2006 affair with Trump, which it never published.

The president’s knowledge of these payments has evolved over the last several months.

Trump initially said in April that he did not know about these payments. By May, upon the release of a financial disclosure revealing a $130,000 payment, the president admitted to knowing about the payments.

Trump posted on Twitter that day, addressing the payments.

“Mr. Cohen, an attorney, received a monthly retainer, not from the campaign and having nothing to do with the campaign, from which he entered into, through reimbursement, a private contract between two parties, known as a non-disclosure agreement, or NDA,” Trump tweeted in May. “These agreements are very common among celebrities and people of wealth. In this case it is in full force and effect and will be used in Arbitration for damages against Ms. Clifford (Daniels).”

Trump continued that “The agreement was used to stop the false and extortionist accusations made by her about an affair despite already having signed a detailed letter admitting that there was no affair.”

“Prior to its violation by Ms. Clifford and her attorney, this was a private agreement. Money from the campaign, or campaign contributions, played no roll [sic] in this transaction,” he said.

Trump, in those tweets, was referring to a letter written and signed by Daniels, whose real name is Stephanie Clifford, in January, stating with “complete clarity” that allegations of an affair with Trump were “completely false.”

But this week, in an exclusive interview with “Fox & Friends’” Ainsley Earhardt, Trump said he only knew about the hush-money payments made by Cohen “later on.”

In the interview, Trump also blasted Cohen for “flipping,” a strategy he thinks should be “outlawed,” and suggested his former attorney “[made] up stories.” 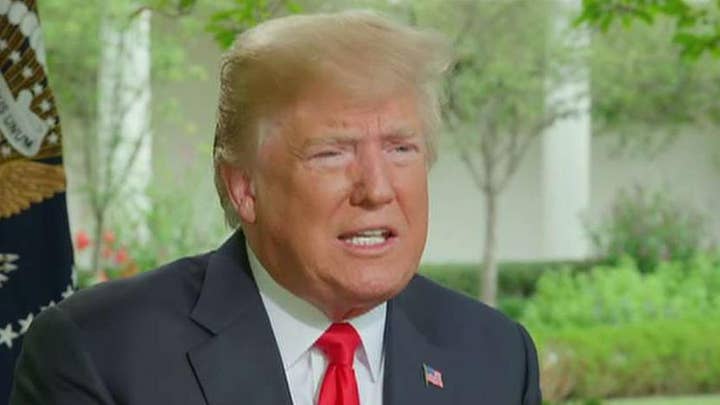 “[Cohen] makes a better deal when he uses me, like everybody else,” Trump said. “People make up stories. This whole thing about flipping, they call it, I know all about flipping.”

He added: “It almost ought to be outlawed. It’s not fair. Because if somebody’s going to give—spend five years like Michael Cohen, or 10 years, or 15 years in jail because of a taxi cab industry, because he defrauded some bank—the last two were tiny ones.”

“You know, campaign violations are considered not a big deal, frankly. But if somebody defrauded a bank and he’s going to get 10 years in jail or 20 years in jail, but if you can say something bad about Donald Trump and you’ll go down to two or three years, which is the deal he made.”

In a separate case, the Manhattan district attorney’s office in New York City is reportedly considering pushing criminal charges against the Trump Organization and two senior officials at the company over the Daniels hush money payment.

District Attorney Cyrus R. Vance Jr., would reportedly look at how the Trump Organization accounted for its reimbursement to Cohen for the $130,000 paid to Daniels.