President Trump on Wednesday said he will send federal law enforcement and the National Guard to Kenosha, Wis. to restore “law and order” amid days of unrest in the city.

“We will NOT stand for looting, arson, violence, and lawlessness on American streets,” the president tweeted Wednesday. “My team just got off the phone with Governor Evers who agreed to accept federal assistance. (Portland should do the same!)”

The president added: “TODAY, I will be sending federal law enforcement and the National Guard to Kenosha, WI to restore LAW and ORDER!”

The president’s tweets come after 29-year-old Jacob Blake, a Black man, was shot at close range in the back by city police officers, leaving him partially paralyzed.

New footage emerged Tuesday of the moments before Blake was shot multiple times by a White Wisconsin police officer as Blake tried to get into his vehicle. The video reportedly captured Blake engaged in a struggle with at least two Kenosha police officers, and shows an officer appearing to try to restrain him before he manages to get up and walks to the driver’s side door, the clip shows.

Viral video taken from another vantage point shows an officer pump several rounds into the apparently unarmed man’s back. 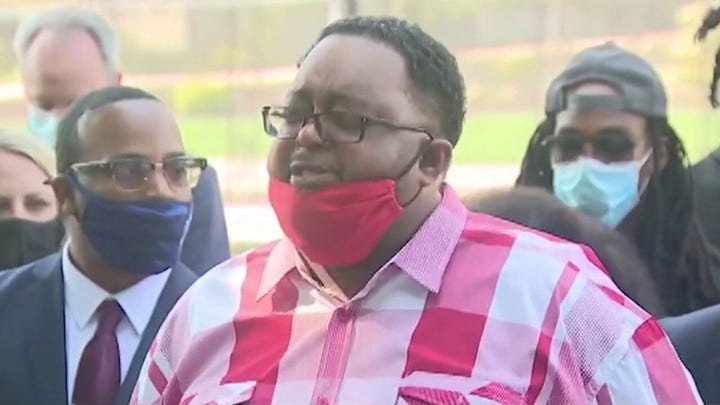 “It is apparent to anyone who’s seen video tape of the shooting ... that it is a very troubling and disturbing situation,” Murtaugh said, adding that what plays out on the video tape is a “horrific scene.”

“The president was briefed a number of times about that,” he continued, adding that the president is “in contact with local authorities.”

Meanwhile, videos on social media showed a chaotic scene after nightfall Tuesday, as crowds seemed to chase a man carrying a rifle down the street, before eventually knocking him to the ground and trying to grab his weapon, Reuters reported. A bloodied man was seen with what appeared to be a serious arm wound. Another video showed a man with a head injury as crowds gathered around him to treat him.

Wisconsin Gov. Tony Evers, a Democrat, had called for calm earlier Tuesday, while also declaring a state of emergency under which he doubled the National Guard deployment in Kenosha from 125 to 250. The night before, crowds destroyed dozens of buildings and set more than 30 fires in the city’s downtown.

The White House said Tuesday that Evers had rejected an offer for additional federal support.

Murtaugh, during the call with reporters Thursday, said that “everyone supports the First Amendment” and the “right of people to assemble.”

“Everyone celebrates that, including the president,” Murtaugh said, noting that it is what the “foundation” of the country is built on. “Where the president draws the line is where peaceful protesters crossed the line with outside groups like Antifa, and erupts in violence.” He added: “It doesn’t serve anyone’s purpose to cause mayhem so I think that’s a great concern.” 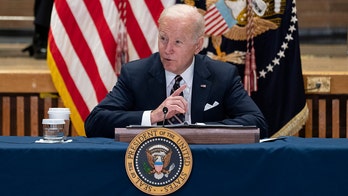