President Trump issued a stern warning to Iran Wednesday after a rocket attack earlier this week on the U.S. Embassy in Baghdad and said if one American is killed, he will hold Tehran responsible.

Trump's threat came in the form of a tweet that included a photo of what he identified as three Iranian rockets that failed to launch. He said there is chatter that Tehran could be planning future attacks on Americans in Iraq.

"Some friendly health advice to Iran: If one American is killed, I will hold Iran responsible. Think it over."

U.S. Central Command said in a statement that the Dec. 20 attack on the Green Zone—which included 21 rockets-- was likely from an "Iranian-backed Rogue Militia Group." 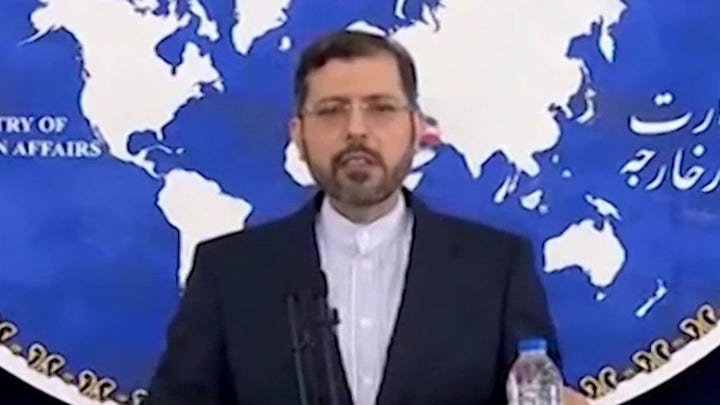 The statement said that it was "clearly NOT intended to avoid casualties" and damaged buildings in the compound. The New York Times pointed out that Jan. 3 is the anniversary of the drone strike that killed Maj. Gen. Qassim Suleimani, one of Iran’s top military figures.

The Times reported that at least one Iraqi citizen was killed.

Reuters reported that the Iraqi military downplayed any Iranian connections to the attack and pinned it on an "outlaw group."