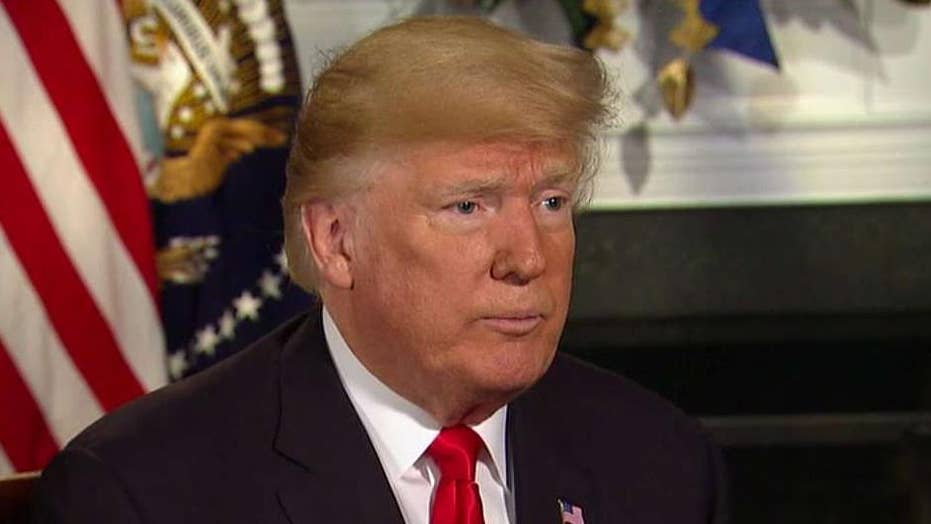 President Trump: Michael Cohen case is meant to embarrass me

President Trump, in his first interview since Michael Cohen was sentenced to prison, told Fox News on Thursday that he never directed his former fixer to do anything wrong and called Cohen's allegations to the contrary an attempt to “embarrass” him.

“I never directed him to do anything wrong,” the president told host Harris Faulkner in an exclusive interview on Fox News’ "Outnumbered Overtime." “Whatever he did, he did on his own.”

Cohen, who worked as Trump’s lawyer for years before later turning against his boss, was sentenced to three years in prison Wednesday by a federal judge in New York after pleading guilty to numerous crimes, while cooperating with prosecutors. Those crimes included tax evasion and campaign-finance violations -- pertaining to hush-money payments during the 2016 campaign to two women who claimed past affairs with Trump. Cohen, speaking in court, implicated the president in those transactions, saying he felt it was his duty to cover up the president's “dirty deeds.”

In the interview with Faulkner at the White House, Trump said he believes Cohen cut a deal with prosecutors to “embarrass me” in an attempt to get a lesser sentence.

"It's a terrible system we have," Trump said of such a deal.

But Trump insisted in Thursday’s interview that the Cohen payments were “not a campaign finance violation.” He has previously tweeted that they were a “simple private transaction.”

"What he did was all unrelated to me except for the two campaign finance charges that are not criminal and shouldn't have been on there," Trump said of Cohen and the campaign-finance charges. "They put that on to embarrass me."

The president also took aim at the practice of taxpayer-funded settlement payments being paid to congressional staffers who accuse their bosses of harassment, asking why that’s not considered a campaign contribution. 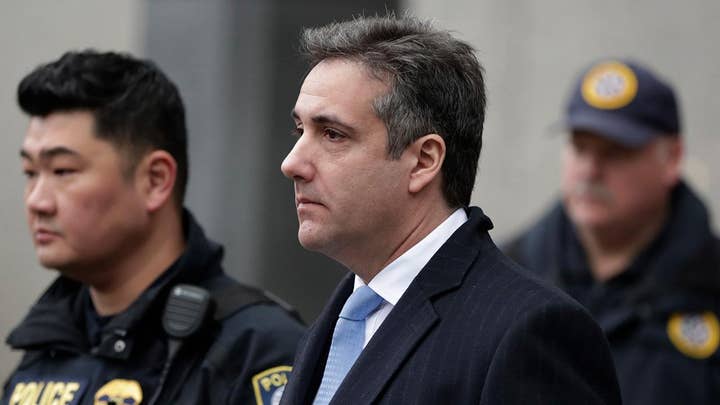 The president recalled how he first hired Cohen as his fixer more than a decade ago while in business, saying Cohen got on his radar by doing a “favor” for him on the condominium committee for Trump World Tower in Manhattan. He said Cohen was "a very big supporter of mine on that committee" and "I thought he was a great guy."

The president, considering everything that has happened recently, said he regretted hiring him. "In retrospect, I made a mistake," he said.

The president, in the interview, also addressed the curious court case against his former national security adviser Michael Flynn. His comments about Flynn come as a federal judge ordered Special Counsel Robert Mueller’s team late Wednesday to turn over all the government's documents related to Flynn's questioning, ahead of upcoming sentencing.

Trump said FBI agents “convinced” Flynn “he lied" in order to get Flynn to plead guilty to giving false statements about his contacts with the Russian ambassador. The president said he believes prosecutors are recommending no jail time time because "they are embarassed that they got caught."

Flynn is cooperating with prosecutors, but Trump said he doubts Flynn did what Cohen did.

“Maybe they scared him enough that he'll make up a story but I have a feeling that maybe he didn't,” Trump said. “He's a tougher kind of a guy than Cohen.”

Speaking in court Wednesday, Cohen said “blind loyalty” to Trump led him “to take a path of darkness instead of light.” Cohen also apologized to the people of the United States, saying, "You deserve to know the truth."

The interview came after Trump took aim at Cohen in a series of tweets Thursday, saying “I never directed Michael Cohen to break the law. He was a lawyer and he is supposed to know the law.”

Speaking to Faulkner, the president also addressed John Kelly’s departure as White House chief of staff, and his search for a replacement.

Asked what he loves about being president, Trump said, “I love getting things done for the people” but acknowledged it’s “a nasty job because I get hit so hard, so unfairly by so many.”