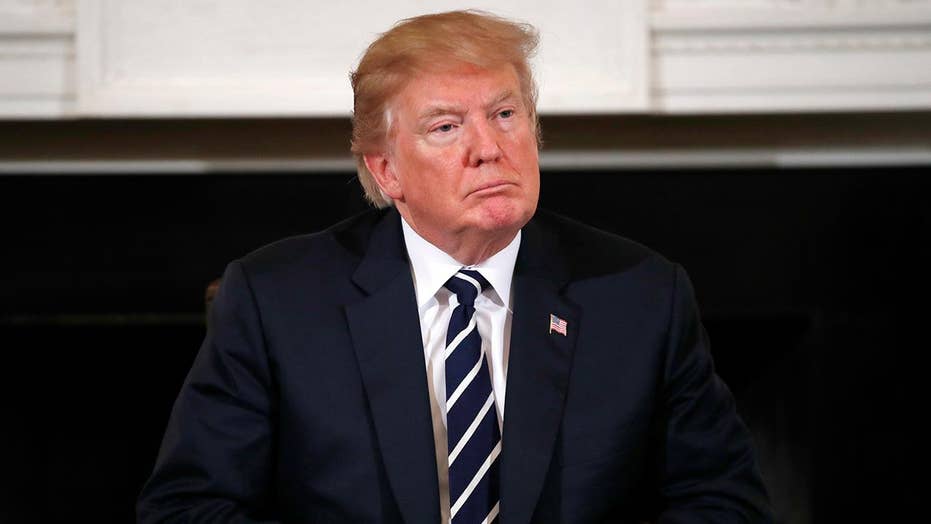 When should the US pull out of Syria?

President Trump said he would “ideally” start to bring home U.S. troops from Syria within a six-month period but added that they would remain until the mission is satisfactorily accomplished.

Trump announced his plans in a meeting with his national security team, Fox News confirmed. While he conveyed his hopes to bring troops home, the president added that the plan at present is to finish the mission they started.

The White House clarified the mission just a day before Trump’s comments and said that it is “coming to a rapid end,” avoiding any specifics.

White House: US mission in Syria coming to 'rapid end'

In written statement, White House says U.S. and its partners are committed to eliminating remaining ISIS presence in Syria not yet eradicated by the American-led coalition; reaction and analysis from Fox News senior strategic analyst Gen. Jack Keane.

"The military mission to eradicate ISIS in Syria is coming to a rapid end, with ISIS being almost completely destroyed," the White House statement said. "The United States and our partners remain committed to eliminating the small ISIS presence in Syria that our forces have not already eradicated."

TRUMP: ‘I WANT TO GET OUT’ OF SYRIA AND ‘BRING OUR TROOPS BACK HOME’

Trump said Tuesday in a meeting with leaders from the Baltic nations that the U.S. has “completed” its “primary mission.”

"As far as Syria is concerned, our primary mission in terms of that was getting rid of ISIS. We've completed that task and we'll be making a decision very quickly, in coordination with others in the area, as to what we will do,” Trump said.

He added that U.S. efforts in the region have been “very costly” for America, despite being more beneficial for other countries.

No formal order has been issued to pull out the 2,000 U.S. troops in Syria but the Pentagon, State Department and CIA have expressed concern about the consequences of withdrawing too soon.

Trump has said that he would like other countries to take a role in helping to rebuild Syria, most recently asking Saudi Arabia to contribute $4 billion for reconstruction, according to a U.S. official.

As part of advancing his “America first” policy, Trump said “I want to get out. I want to bring our troops back home. I want to start rebuilding our nation.”

With the U.S. plan to soon withdraw troops seeming likely, there is fear Russia and Iran will step in and push their own diplomatic agenda, one that may not be in line with that of the U.S.