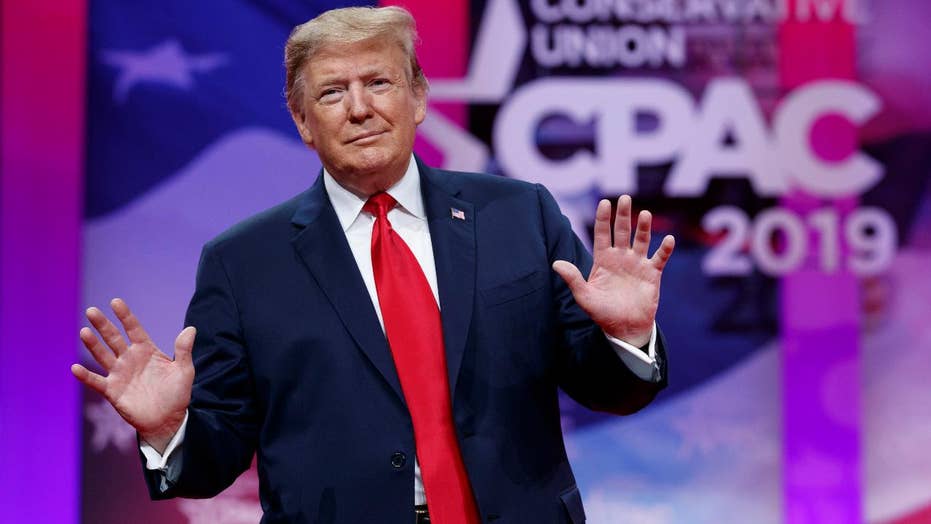 President Trump, in an expletive-laden, over two-hour speech at the Conservative Political Action Conference (CPAC) Saturday, accused FBI Special Counsel Robert Mueller’s team of trying to take him out with “bulls---” and accused a top Clinton aide of not having recovered “from getting his a-- kicked.”

Trump accused his opponents of moving away from a narrative of Russian collusion as Mueller prepares to file his report on the investigation into Russian interference in the 2016 election. He said that the report was being produced “by people who weren’t elected.”

“Unfortunately you put the wrong people in a couple of positions and they leave people for a long time that shouldn't be there and all of a sudden they're trying to take you out with bulls---,” he mused to the delighted crowd in Maryland, as he mocked “the collusion delusion.”

Trump’s remarks come just days after former Trump lawyer Michael Cohen testified to a House committee, and appeared to partially shut down some of the claims surrounding theories about the Trump campaign’s alleged collusion with Moscow -- including denying that he traveled to Prague in 2016 and saying he has no knowledge of any compromising material Russia may have on Trump.

In his speech, Trump pointed to alleged hypocrisy from Democrats who he said wanted to fire former FBI Director James Comey, only to change tune when Trump fired him in 2017. He singled out Senate Minority Leader Chuck Schumer, D-N.Y. and former Hillary Clinton campaign Chair John Podesta.

He went on to say he told first lady Melania Trump that the move would be popular.

“And I fire a bad cop, I fire a dirty cop and all of sudden the Democrats say 'How dare he fire him? How dare he do this?'” he said. “That's where we are. In this swamp of Washington, D.C., but you know what? We are winning, and they're not.”

The rip into the Russia probe marked only one aspect of a lengthy speech, where he regularly went off-script to josh and joke with the audience, as well as to wax lyrical on the issues of the day, on everything from media bias (“These people are sick”) to his “Never Trump” opponents within the GOP (“They’re on mouth-to-mouth resuscitation.”)

He saved some of his barbs for Democratic policies like the Green New Deal -- a comprehensive overhaul of America’s economy and a shift to 100 percent renewable energy being pushed by left-wing Democrats and 2020 presidential hopefuls.

“When the wind stops blowing, that’s the end of your electric: ‘Darling, is the wind blowing? I’d like to watch television,” he quipped. 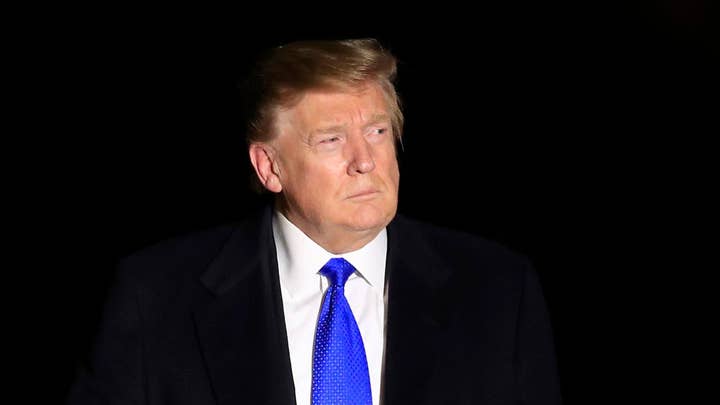 But he jokingly encouraged them to keep on pushing the Green New Deal, apparently sensing that the policy may be unpopular and lead to Trump's re-election.

“I like the Green New Deal, I respect it greatly, it should be part of the dialogue of the next election," he said to laughter from the audience.

He also used anecdotes to promote his policies at home and abroad, particularly pulling back troops from the Middle East. At length he talked about how he flew it into Iraq over Christmas and was told to kill the lights on Air Force One as it came into land.

"We spent $7 trillion and we can’t land a plane with the lights on,” he said.

As Trump spoke at length, the crowd appeared to eat up everything he had to say. Ahead of the speech, audience members stood on chairs, craning their necks to get a glimpse as the Rolling Stones' "Time Is On My Side" blared through the speakers -- indicating the president's imminent arrival.