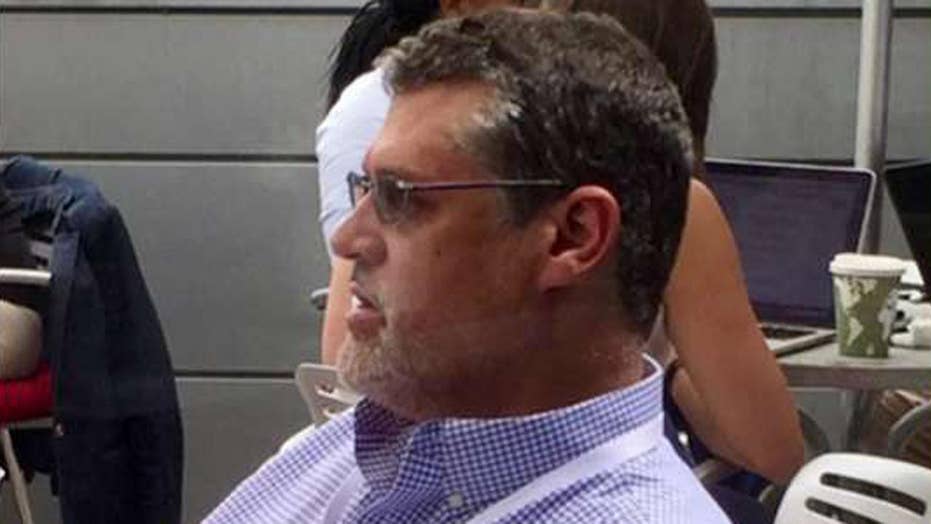 The head of the firm behind the infamous anti-Trump dossier was interviewed for hours behind closed doors Tuesday on Capitol Hill, sources confirmed to Fox News.

Glenn Simpson, the co-founder of investigative firm Fusion GPS, met with staff of the Senate Judiciary Committee as part of the committee’s investigation into Russian meddling and potential collusion with the Trump campaign in the 2016 presidential election.

A committee spokesperson did not give Fox News any further information on the meeting with Simpson and Judiciary staff, though a source confirmed that Fusion GPS has given the Senate committee over 40,000 documents.

"Mr. Simpson told Congress the truth and cleared the
record on many matters of interest to congressional investigators," his attorney Josh Levy told Fox News.

Simpson's company was behind the dossier that was compiled during last year's campaign and which contained crude allegations against now-President Trump.

Committee Chairman Chuck Grassley, R-Iowa, and committee Ranking Member Sen. Dianne Feinstein, D-Calif., originally had issued a subpoena for Simpson’s testimony at a public hearing before the committee last month. But they withdrew it after Simpson reached arrangements to interview with the committee in private.

The committee’s hearing in July pertained to oversight of the Foreign Agent Registration Act (FARA). At the public session, CEO and founder of Hermitage Capital Bill Browder testified that Fusion GPS and Simpson worked “on behalf of the Russian government” in an effort to fight U.S. sanctions that had enraged Moscow’s elite.

Browder told lawmakers that Russian lawyer Natalia Veselnitskaya, who met with Donald Trump Jr. at Trump Tower in June 2016, also was responsible for hiring Simpson to “conduct a smear campaign against me and Sergei Magnitsky in advance of a congressional hearing on the Global Magnitsky Act.” The Magnitsky Act is a U.S. law that brings sanctions against Russian oligarchs suspected of money laundering.

After the hearing, Fusion GPS responded to Browder’s allegations -- saying they had “complied with the law” and were “not required to register under FARA,” and “did not spread false information about William Browder or Sergei Magnitsky.”

“What is clear is that the president and his allies are desperately trying to smear Fusion GPS because it investigated Donald Trump’s ties to Russia,” Fusion GPS said in a statement to Fox News last month. “They have pulled out all the stops, including this false allegation about FARA.”