With a seemingly endless stream of migrants crossing the border, the Trump administration is rolling out a series of policies it hopes will deter asylum seekers and help deport those already in the U.S. who commit crimes.

The latest will allow local deputies to detain immigrants on behalf of Immigration and Customs Enforcement (ICE), even if sanctuary policies are written to prevent it.

"This is a voluntary program that we worked out with the National Sheriffs' Association who is a tremendous partner of ours," said Acting ICE Director Matthew Albence. "Sheriffs can sign up for this program, they will get some training and their deputies will be authorized to execute an immigration warrant at the direction of an ICE officer or supervisor." 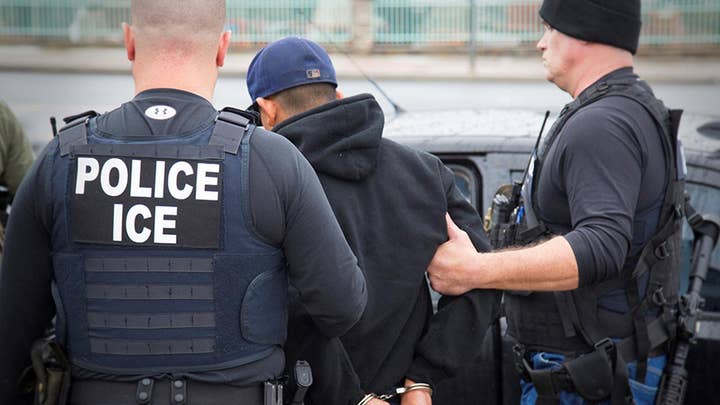 In the Warrant Service Officer (WSO) program, as it is called, sheriff’s deputies would receive one day of training. Unlike the more involved 287(g) ICE program, deputies would not interview a detainee to ascertain his or her citizenship and immigration status. Instead, they essentially would file a federal warrant, directing the local jail to hold a criminal alien for 48 hours after the scheduled release until an ICE agent shows up to take custody. It is cheaper and may allow sheriffs to act without violating sanctuary laws.

Expect blowback and scrutiny from opponents.

“This program is just the latest scheme by ICE to enlist local police in its abusive deportation agenda," said Lorella Praeli, deputy political director at the American Civil Liberties Union. "The agency explicitly aims to subvert the will of local communities that have passed ordinances to prevent exactly this kind of cooperation between police and ICE."

The effort comes as the Department of Homeland Security has tasked hundreds of ICE agents to help handle the surge of Central Americans crossing the U.S. southern border illegally in record numbers. U.S Border Patrol Chief Carla Provost said her agency apprehended 33,000 migrants in the just the last 10 days. If such migration continues, apprehensions will exceed 1 million, numbers not seen since 2006. 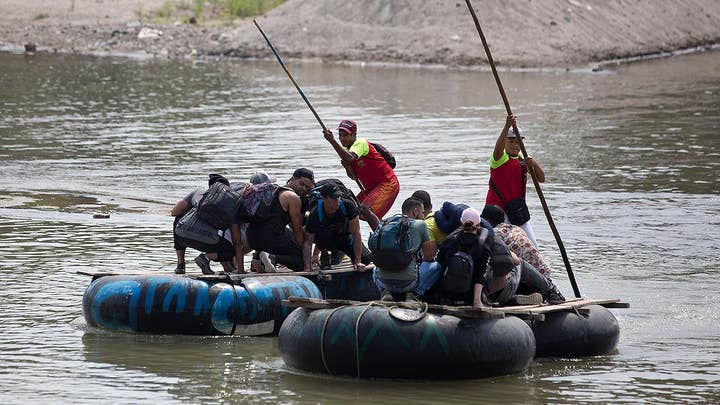 "The numbers are so high, but these individuals are not being detained," National Border Patrol Council Vice President Art Del Cueto said. "Our detention facilities are so overwhelmed that we are releasing a lot of these individuals."

That picture contrasts with a mainstream media narrative that has mocked President Trump for months for suggesting trend lines were leading to a crisis.

"Net migration across the southern border is at historic lows," said an April 3, 2019 article, "The Self-Fulfilling Crisis of the Policy at the Mexican Border," in The New York Times on page A9. "Border apprehensions of unauthorized arrivals were at their lowest in modern record in 2017 and 2018."

Senate Minority Leader Charles Schumer, D-N.Y., and House Speaker Nancy Pelosi, D-Calif., also insisted the Central America surge was not a crisis, even though President Obama referred to a "crisis" soon after apprehensions totaled 420,000 in 2013, a number already exceeded this year.

"We're dealing with a regional migration phenomenon that's controlled by transnational criminal organizations that operate predominantly in Mexico," Acting Homeland Security Secretary Kevin McAleenan told lawmakers last week. "So, any solution we're going to have to reduce this flow is going to rely on Mexican authorities to take stronger action, frankly, against people that are exploiting migrants."

Men from the Northern Triangle countries of Guatemala, Honduras and El Salvador pay $8,000 fees to cross the U.S. border illegally, border patrol agents have said. Women, children and families pay $4,000, a discount since single men need to be smuggled over the border to stash houses, whereas guides can simply drop off families at the border, a much lower-risk proposition. 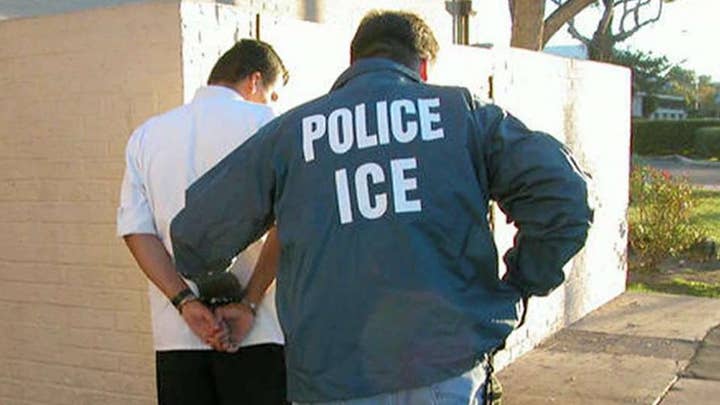 WHAT TO KNOW ABOUT MARK MORGAN, TRUMP'S CHOICE TO LEAD ICE

On a visit last week to the Rio Grande Valley (RGV), migrants said they were fleeing poverty, not persecution.

"I need to ask for asylum because of what is wrong in my country," said a woman from Guatemala, about 100 yards north of the Rio Grande river.  A woman from Honduras traveling with her said, "I am fleeing with my child. I want for him to get help. If you want to return me, return me, but keep him here."

Over the past week, RGV officials said they apprehended over 10,000 illegal aliens, one of the highest weekly totals ever experienced. Currently, processing centers there have held over 7,000 in custody.

“We’ve exceeded our capacity and we’re doing all we can to house migrants in a humane place and transfer them in and out in a timely fashion as none of the Border Patrol facilities, including the one in [Donna, Texas,] are meant to be long-term detention centers,” said Chief Rudy Karisch in a statement released Tuesday.

Agents there apprehended some 100 illegal aliens per hour, the majority of which were family units or unaccompanied children who readily turned themselves in to agents.

The sector provided statistics showing that in 2014, 37 percent of adult Central American women traveled with children. So far this year, 77 percent. Single men, 1 percent in 2014 versus 47 percent today.

Why the influx of children? A decision by federal judge Dolly Gee, an Obama appointee, ruled migrant adults with children cannot be detained more than 20 days. Since then, adults have been showing up with children not their own.

"It begins in the field," said McAllen agent Carlos Ruiz. "Many times we can detect the fraud right here even before we take them to the processing facility. Sometimes I'll ask, 'what is your child's birthday?' When they don't know, it's your first clue."

'The Ingraham Angle' joins Border Patrol agents for an exclusive look at the border crossing in Del Rio, Texas.

In a recent random sample, Homeland Security investigators found 30 percent of the children did not belong to the parents who claimed them.

"Three out of every 10 families that we have identified has been fraudulent," said Albence of the investigation. "We have been pursuing these cases criminally. We’ve prosecuted more than 100 people. We know more than 100 people utilized false documents. And, it’s not just the fraudulent families. It’s individuals posing as fraudulent, unaccompanied alien children. So, you’ve got 23-year-olds posing as 16-year-olds so they can get released because they know that we can’t hold them.”

As a result, Customs and Border Protection (CBP) is initiating a pilot program to conduct DNA swabs of suspected fraudulent families this week in Texas. At the White House, administration officials met with Republican senators pushing legislation designed to slow the flow. One proposed solution: tightening the standard for asylum seekers and allowing agents to make some determinations prior to any full-blown immigration hearings.

Reacting to the apprehension of 33,000 immigrants, Counselor to the President Kellyanne Conway chastised Democratic leaders Tuesday saying, “That has to stop and Congress can change that by just tweaking or fixing the [Trafficking Victims Protection Reauthorization Act of 2000], by just fixing the Flores decision. They've refused to act. So, all of that is coming to them. If they're serious about immigration reform, they should come to the table and do something."