Trump: White House staffer who tested positive 'will be fine'

President Trump says coronavirus is an invisible enemy and can target anyone.

President Trump pushed back on Monday on reports that the White House’s system for monitoring employees for the novel coronavirus broke down following news that the Vice President Mike Pence’s press secretary had contracted the contagion.

“I don’t think the system broke down at all,” Trump said. “It can happen. It’s the hidden enemy.”

Six people who had been in contact with Miller were scheduled to fly with Pence on Friday to Des Moines, Iowa, on Air Force Two. They were removed from the flight just before it took off. All six later tested negative and Pence is not self-isolating, the White House said.

On March 20, another staffer tested positive for coronavirus, making that the first White House staffer known to have the virus. Though White House officials were not being tested regularly at that time, Pence said he had not had recent contact with the unidentified individual.

Also last week a U.S. military member who works on the White House grounds as a valet for Trump tested positive for COVID-19.

A presidential valet is tasked with taking care of the president's wardrobe, as well as performing other services. Typically, presidents have had one valet, but Trump has several. 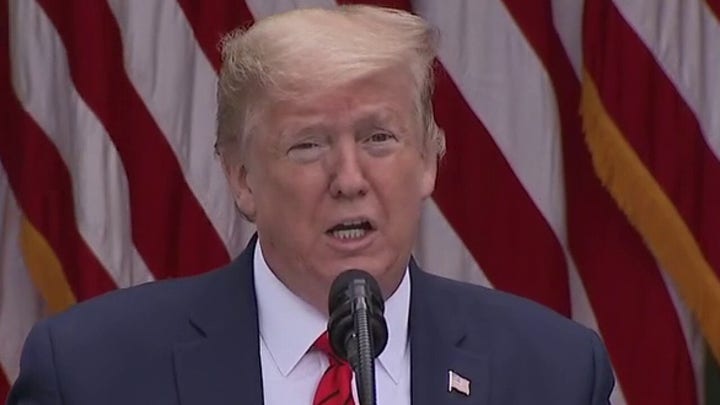 The valet reportedly started exhibiting symptoms Wednesday before testing positive. The president said he had “very little personal contact” with the man and told reporters he would be tested daily.

Three members of the White House coronavirus task force -- Dr. Anthony Fauci, Dr. Robert Redfield, director of the Centers for Disease Control and Prevention, and Stephen Hahn, the commissioner of the Food and Drug Administration -- are self-quarantining this week after having contact with someone who tested positive for COVID-19.

Fauci’s institute said he is at “relatively low risk” based on his degree of exposure and that he would be “taking appropriate precautions" to mitigate the risk to personal contacts while still carrying out his duties. While he will stay at home and telework, Fauci will go to the White House if called and take every precaution, the institute said. 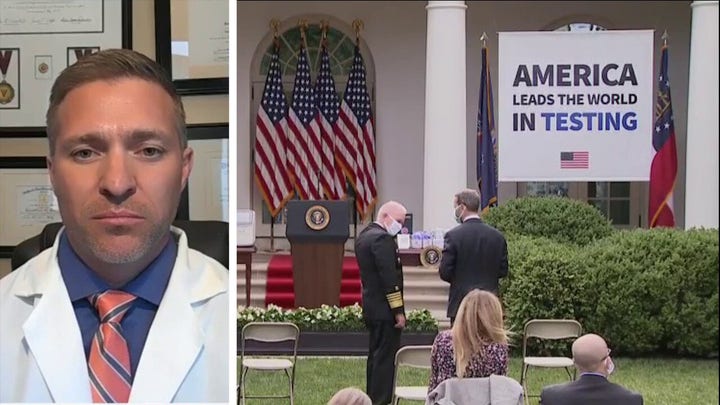 The CDC said in a statement Saturday that Redfield would be teleworking for the next 2 weeks after he had a “low risk exposure” to someone who tested positive at the White House. The statement said he felt fine and has no symptoms. If he must go to the White House to fulfill any responsibilities as part of the coronavirus task force, he will follow CDC practices for critical infrastructure workers.

The FDA confirmed earlier Saturday that Hahn had come in contact with someone who tested positive and was in self-quarantine for the next two weeks. He tested negative for the virus.

Despite the confirmed case inside the White House and the self-imposed isolation by three leaders of his coronavirus task force, Trump said that he was unconcerned about contracting the disease as he and “felt no vulnerability.” 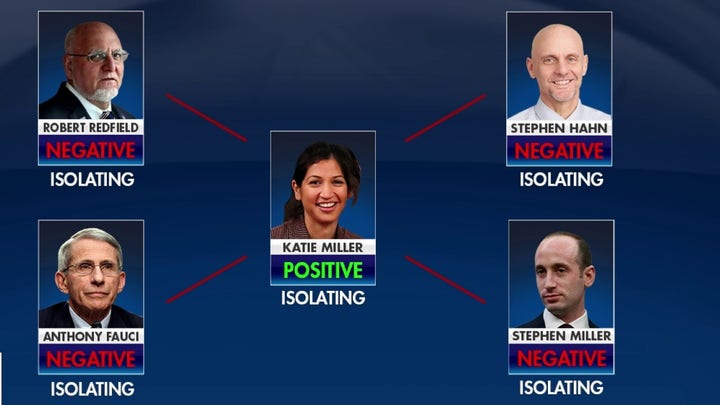 “I felt no vulnerability whatsoever,” he said. “Three people were tested, and its negative, and they’ll probably be out of quarantine very quickly.”

Trump’s comments came just hours after the White House ordered staffers to wear masks while at work or on their way to work in order to prevent the transmission of the coronavirus.