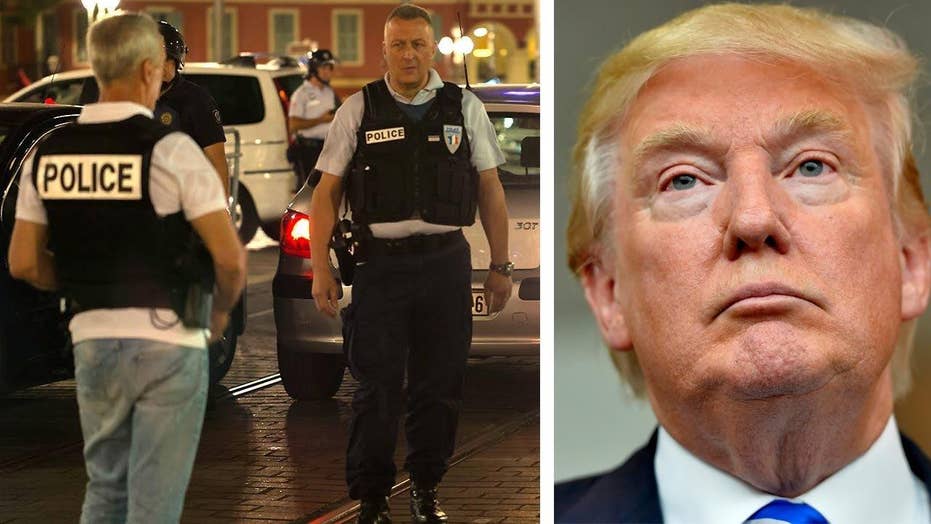 Presumptive Republican presidential nominee weighs in on 'The O'Reilly Factor'

Donald Trump postponed a news conference scheduled for Friday to announce his running mate after the deadly truck attack in France -- though the Associated Press reported that he's already offered the job to Indiana Gov. Mike Pence.

A Republican with knowledge of the process told the AP that Trump made the offer on Thursday, before Pence traveled to New York.

And while Trump said he hadn't settled on a "final choice," campaign chairman Paul Manafort told Fox News on Friday that he thinks Trump has "reached a decision but he isn't prepared to announce it yet."

He predicted an announcement this weekend, ahead of the Republican convention that kicks off Monday.

Trump, though, made clear that he was scrapping plans to announce his pick Friday in the wake of the attack in Nice.

In a phone interview just after the announcement on Fox News' "On The Record with Greta Van Sustern," Trump said "we're living in a whole different world and there's no respect for law and order."

"There's no respect for anything or anybody And this has to be dealt with very harshly," he told Van Susteren.

Trump said that as president, he would not allow people into the country from "terrorist nations" and would implement "extreme vetting."

Earlier on Thursday, sources familiar with the Trump campaign's vice presidential selection process confirmed to Fox News that steps are underway for Trump to name Pence as his running mate.

This comes as Pence gave his most public signal yet that he’s preparing for the announcement, abandoning his gubernatorial bid in Indiana. Sources say Pence, who faced a Friday deadline to make a decision, will not run for re-election.

The Trump campaign still insists an offer has not formally been made to anyone -- and nothing is final until the presumptive nominee announces his running mate.

But all signs seem to point to Pence.

If Trump settles on Pence, who went from dark horse to leading contender in a matter of days, the pick presumably is aimed at galvanizing support from the party’s conservative base as Trump charges into the Republican nominating convention.

Consideration of Pence also has put Trump on the clock. Pence faced a Friday deadline to file paperwork to appear on the official state ballot as either a gubernatorial or vice presidential candidate. Under state law, his name could not appear on the ballot twice.

Pence, now in a tough re-election bid, spent 12 years in Congress including as the leader of the House Republican Conference.

But he moved almost immediately to the top of the list, considering he gives the Trump campaign much-needed social conservative credentials without the kind of political baggage that Democrats had hoped to exploit in other finalists like Christie or Gingrich.

Susan B. Anthony List President Marjorie Dannenfelser issued a statement saying the expected selection of Pence is “an affirmation of the pro-life commitments he’s made and will rally the pro-life grassroots.”

The original law, which he signed, allowed residents and companies being sued by a private party to cite their religious beliefs as a defense. However, critics argued the law would allow discrimination against gays and others.

The national and widespread criticism was so damaging it forced Pence and the state legislature to revise the law to clearly prohibit businesses from denying services to customers based on their sexual preference or gender choice. And it appeared to end Pence’s 2016 presidential aspirations.

Fox News' Carl Cameron and FoxNew.com's Joseph Weber and The Associated Press contributed to this report.