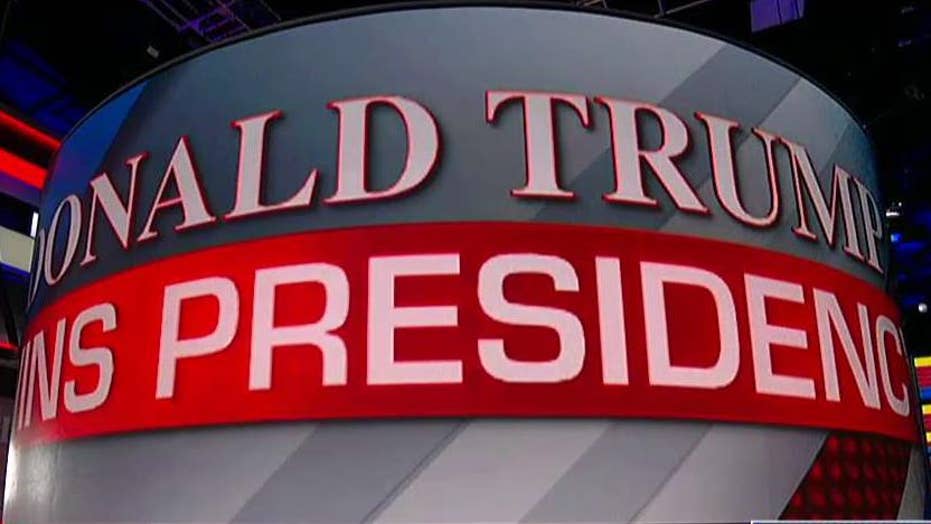 Donald Trump was elected the 45th president of the United States early Wednesday morning after winning Pennsylvania’s 20 electoral votes and putting him over the 270 threshold, Fox News projected.

Trump greeted supporters at the Hilton Hotel in New York City telling the crowd that rival Hillary Clinton called him to concede victory. Trump thanked Clinton for a hard-fought fight to the finish.

“We owe her a major debt of gratitude,” he added – a far cry from the heated rhetoric he had used on the campaign trail.

The billionaire business mogul immediately told the crowd that it was time to unite as a country and that he would mend the wounds of a broken nation.

"I pledge to every citizen of our land that I will be president for all Americans, and this is so important to me."

He looked back on his presidential campaign, which started with him coming down an escalator at his Trump Tower Hotel in New York, and called the last year-and-a-half a movement rather than a campaign.

"It's a movement comprised of Americans from all races, religions, backgrounds, and beliefs,” he said, adding “Every single American will have the opportunity to realize his or her fullest potential."

Trump continued to say that his administration will be a time of “national growth and renewal.” He said "America will no longer settle for anything but the best" and said that the nation will "dream big and bold and daring."

He then vowed to help the men and women who have been forgotten in this country and to take care of the country’s veterans. He added that he would “deal fairly with everyone, all people, and all nations.”

“I’m going to get to work immediately and going to be doing a job hopefully you will be so proud of president.”