President-elect speaks out in a 'Fox News Sunday' exclusive

President-elect Donald Trump, in an exclusive interview with “Fox News Sunday,” decried as “ridiculous” the CIA’s reported assessment that Russia intervened in the election to boost his candidacy – describing the claim as another “excuse” pushed by Democrats to explain his upset victory.

“It's just another excuse. I don't believe it,” Trump said. “… Every week it's another excuse.  We had a massive landslide victory, as you know, in the Electoral College.”

He spoke at length about his Cabinet selection process, defending his decision to tap several military generals while previewing an announcement soon on his secretary of state choice. He vowed as well to “clean” up and “speed” up government agencies, without necessarily dismantling President Obama’s legacy.

But while staying careful not to personally criticize the sitting president over his intelligence agencies’ analysis on foreign cyber-interference in the election, Trump made clear he rejects their assessment so far.

“Nobody really knows, and hacking is very interesting. Once they hack, if you don't catch them in the act you're not going to catch them,” he said. “They have no idea if it's Russia or China or somebody. It could be somebody sitting in a bed some place.”

Trump was responding to a Washington Post report that the CIA concluded in a secret assessment that Russia interfered in the race to boost Trump, not just undermine confidence in the system.

The assessment was shared with key senators.

Shortly before the interview with Trump aired on Sunday, a bipartisan group of senators described the Russia interference reports as serious.

“For years, foreign adversaries have directed cyberattacks at America’s physical, economic, and military infrastructure, while stealing our intellectual property. Now our democratic institutions have been targeted. Recent reports of Russian interference in our election should alarm every American,” Sens. John McCain, R-Ariz.; Lindsey Graham, R-S.C.; Chuck Schumer, D-N.Y.; and Jack Reed, D-R.I., said in a statement.

“… Democrats and Republicans must work together, and across the jurisdictional lines of the Congress, to examine these recent incidents thoroughly and devise comprehensive solutions to deter and defend against further cyberattacks. This cannot become a partisan issue. The stakes are too high for our country.”

Amid the CIA findings, the White House also said Friday that President Obama has ordered his intelligence agencies to conduct a full review of hacking during the 2016 election and present their findings before he leaves office.

Trump’s transition team responded by saying the election “ended a long time ago” and “it’s now time to move on.”

WikiLeaks’ Julian Assange also has previously said the Russian government was not the source.

Trump and his supporters point to ambiguity inside intelligence and law enforcement agencies in arguing that Russia’s role is not clear. Indeed, the Post later reported that while the CIA pointed to Russia, a senior FBI official suggested to lawmakers that the agency and bureau were not on the same page on the matter.

He went so far as to assert, “Democrats are putting it out because they suffered one of the greatest defeats in the history of politics in this country.”

Trump said the efforts could be political, adding Democrats are “very embarrassed.” 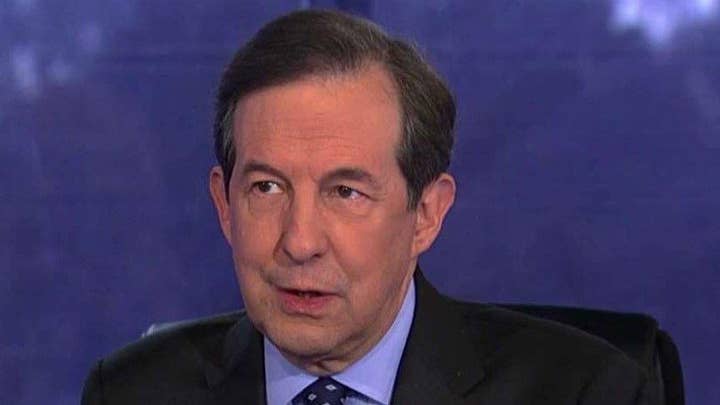 Trump also was asked about reports that he’s getting just one presidential intelligence briefing a week. Trump said he doesn’t need to be told the same thing every day, saying, “I get it when I need it.”

Trump, meanwhile, told Fox News he wants to make government more efficient, especially when it comes to the EPA.

“EPA, you can't get things approved. I mean, people are waiting in line for 15 years before they get rejected, okay? That's why people don't want to invest in this country,” he said. “... So we're going to clean it up. We're going to speed it up and, by the way, if somebody is not doing the right thing we're not going to approve.”

But asked if he’ll take a “wrecking ball” to the Obama legacy, Trump said, “No. I don't want to do that at all.”

Trump went on to defend his selection of several retired generals for key positions, including secretary of Defense and Homeland Security.

“I like generals. I think generals are terrific, you know? They go through schools and they sort of end up at the top of the pyramid. And it's like a test. They passed the test of life. … And I like the three that I have very, very much,” he said.

“He's much more than a business executive. ... He's a world-class player,” Trump said of Tillerson, without confirming the choice.

As for Trump’s recent attempts to pressure American companies not to move operations abroad, the president-elect was unapologetic and denied that moving and selling back to America represents the free market.

He said he wants to pursue a 35 percent tax on companies that leave, saying, “There are going to be consequences.”

He predicted “nobody’s going to move.”

Trump responded to reports that he’ll keep a stake in business interests like “Celebrity Apprentice” and his real estate operations. He defended the arrangements, saying he’ll have nothing to do with the management.

Trump said his executives and children will run his company, and denied any similarities to the Clinton Foundation taking money from foreign governments while his 2016 rival was at the State Department.

“This is different,” Trump said. “… I am turning down billions of dollars of deals. I will tell you, running for president -- the money I spent is peanuts compared to the money I won't make, and that's okay, because this is so important.  … This is a calling.”