President Trump claimed in an interview on Thursday that he predicted political newcomer Alexandria Ocasio-Cortez’s surprise primary win over Rep. Joe Crowley, the chairman of the House Democratic Caucus.

Trump told Bloomberg News that Crowley, D-N.Y., who was thought by some to be a contender for speaker of the House, was “going to lose” as soon as he saw the 28-year-old Democratic socialist on television.

"So I’m watching television and I see this young woman on television and I say, ‘who’s that?’" Trump told the outlet. “Oh, she’s campaigning against Joe. You know who Joe is, right? Queens. Crowley. So, I say, ah, let me just watch her for a second. Wonderful thing, TiVo. So you go back. Hah. Tell him he’s going to lose.”

“Now, I don’t agree with her views,” he said. “Her views are terrible.”

Ocasio-Cortez has embraced far-left issues such as Medicare-for-all and calls to abolish Immigration and Customs Enforcement (ICE.) She represents a rising wing in the party that has become more mainstream since Sen. Bernie Sanders, I-Vt., mounted a strong primary challenge against eventual 2016 Democratic presidential nominee Hillary Clinton. 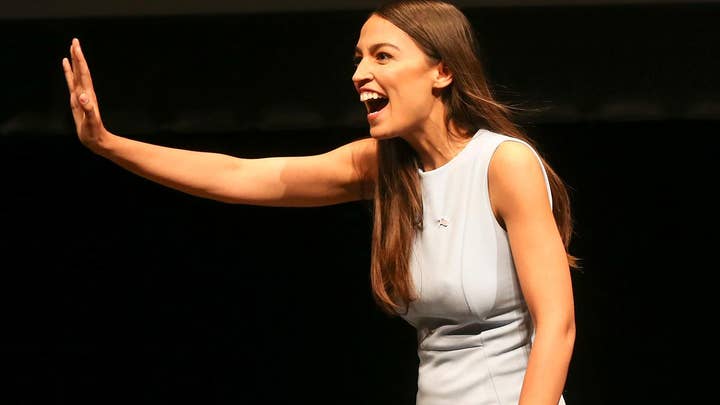 Trump has recently predicted the Republicans could ride a “giant Red Wave” into the November midterm elections as several candidate he endorsed won their respective primaries, though Democrats are seen as having a solid shot at retaking the House.