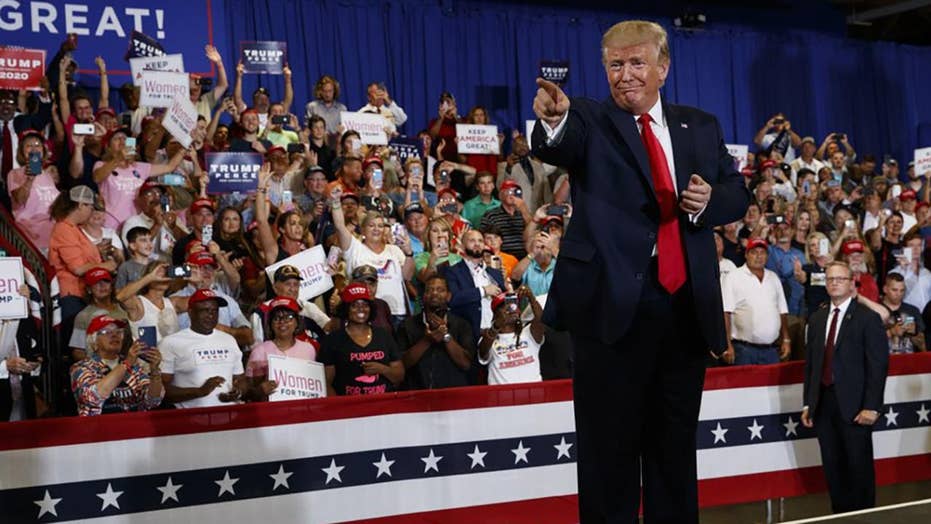 President Trump’s re-election campaign and the Republican National Committee are tightening their grasp on the delegate selection process for next year’s GOP convention in a bid to prevent the kind of discord that flared in 2016.

As part of the move, months in the making, they have installed Trump allies in state-level positions governing the process by which those states select delegates to the 2020 Republican National Convention. And those officials already are making key changes to the delegate process that could help enforce unity in Charlotte, N.C.

“We don’t care at all about the lighting or TV camera angles at the convention in Charlotte,” said a senior Trump campaign official. “We do care about who is seated in all of the chairs on the convention floor.”

“We care about that because we care about ensuring a predetermined outcome at the convention because history tells us … that a properly executed convention is the single most important thing a campaign can do to put their candidate on the pathway to reelection,” added the official, who along with other top aides insisted on anonymity during a call this week with political reporters.

The move is an effort to strengthen the Republican president’s general election prospects by preventing the kind of floor protests instigated by anti-Trump activists that rocked the 2016 convention in Cleveland, Ohio. At that convention, former primary rival Sen. Ted Cruz also caused an uproar by famously declining to endorse Trump at the time.

A Trump campaign official said the goal now is to make sure the 2020 convention is a “four-day advertisement for the president and not an internal debate among activists.”

Polls indicate that the president remains extremely popular among Republicans and is the overwhelming favorite to win re-nomination in 2020, despite a handful of primary challenges. The surveys indicate that former Massachusetts Gov. Bill Weld, former South Carolina governor and congressman Mark Sanford, and former Rep. Joe Walsh of Illinois are the longest of long-shots as they primary-challenge Trump.

Sanford told Fox News on Tuesday that “coronations are nice but they’re not particularly helpful to the working regular day folks that fall under them. I don’t think this is good for the Republican Party at large.”

He accused the Trump campaign and the RNC of “rigging the game in state after state.”

And he claimed, “I think the Republican Party knows Trump’s in trouble. I think they know he’s weak. I think they basically know he’s imploding every week so they’re doing whatever they can to protect him. It’s undemocratic.”

Nevada and South Carolina – which vote third and fourth in the presidential primary and caucus nominating calendar – have canceled their nominating contents, as well as Kansas. The moves by those three states grabbed plenty of national attention.

But a Trump campaign official stressed that the moves encouraged by their team and the RNC in 37 states to make “nuanced changes” to convention delegate selection rules were arguably “more impactful” than canceling the nominating contests.

Among the changes implemented – allowing the campaign to pick its own slate of delegates, binding delegates to the winner of the state’s primary or caucus, and raising the thresholds to make sure candidates receiving a small percentage of the votes don’t grab outsized numbers of delegates at the convention.

A campaign official pointed to Massachusetts, where they raised the threshold to receive delegates from 6 percent to 20 percent.

But an optimistic Weld, campaigning in the first-in-the-nation primary state of New Hampshire on Tuesday, said those changes were just fine with him.

“In the six New England states, I plan to run a lot stronger than 15 or 20 percent. They changed the rule in Massachusetts from proportional to winner take all. I thought that was terrific. I aim to win New Hampshire and Massachusetts and I hope Vermont,” Weld told Fox News. “I kind of like this as far as New England is concerned.”