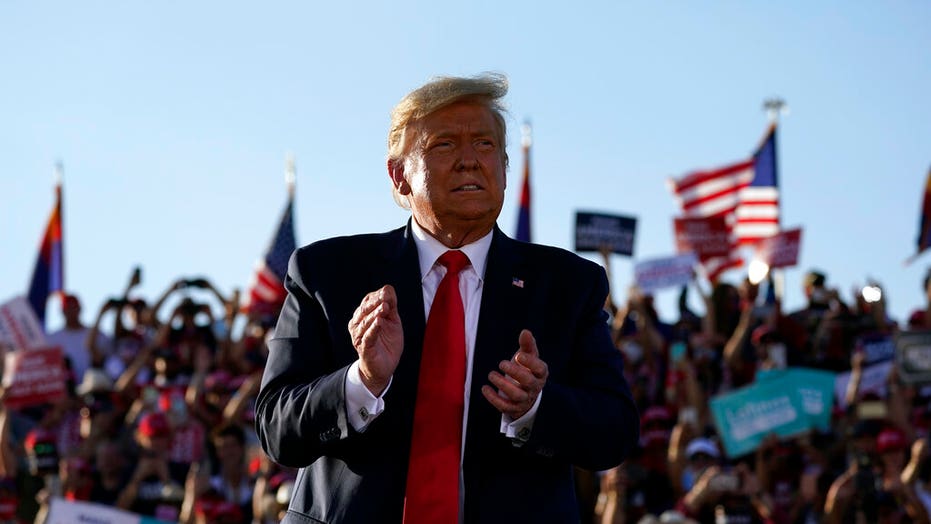 Trump says voters must choose between American dream and socialism

The Trump campaign announced a new Spanish-language campaign ad Tuesday aimed at ginning up support among Hispanic voters across the country as Election Day approaches.

“’Por Trump’ will remind Hispanics of the President’s record of accomplishments for our communities and why they should vote to re-elect him,” the campaign said in a statement announcing the ad.

The ad is expected to air in “key markets” nationally.

"Our latest ad captures the richness and beauty of America's diverse Hispanic cultures while illustrating why President Trump's Latino support continues to grow,” said Giancarlo Sopo, a spokesman for the president’s reelection campaign.

The ad comes just days after Vice President Mike Pence made a campaign stop in Florida to tout President Trump’s anti-socialist record in an effort to rally Hispanic voters there.

“When Joe Biden was vice president, America appeased the Castro regime with concession after concession,” Pence told hundreds of supporters in Miami on Oct. 15. He was referring to former President Barack Obama’s move to normalize relations with Cuba in 2014.

“President Trump brought eight years of appeasement to an end and President Donald Trump will only stand hand in hand with you,” Pence said, adding that the Trump administration would continue to pressure the Caribbean country until it releases its political prisoners and respects the rights of free expression, assembly and fair elections for its citizens.

“Estamos con ustedes,” Pence said, “we are with you.”

HOW A GOYA BOYCOTT LED TO A 'BUYCOTT'

But Fox News’ Chris Stirewalt pointed out in September that one notable area where Biden has lagged behind Hillary Clinton’s 2016 presidential campaign is in Hispanic support.