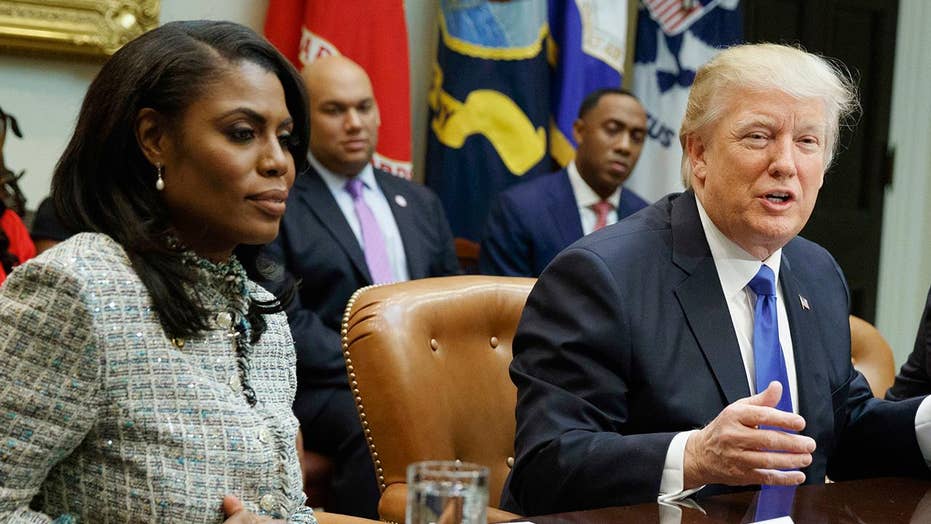 The Trump campaign has filed a formal complaint against Omarosa Manigault Newman saying she breached a confidentiality agreement signed in 2016, in response to her newly released book and promotional tour.

“Donald J. Trump for President, Inc. has filed an arbitration against Omarosa Manigault Newman, with the American Arbitration Association in New York City, for breach of her 2016 confidentiality agreement with the Trump Campaign,” a Trump campaign official told Fox News in a statement on Tuesday.

The move comes as the reality TV star's explosive tell-all memoir is released, detailing her time at the White House and with the 2016 campaign.

In the book and in promotional interviews, she has trashed her former colleagues and President Trump himself.

But the question of whether she violated any confidentiality agreement has hung over the tour.

In her book, she claimed that she “refused” to sign a non-disclosure agreement upon her exit from the Trump White House. But on Monday, Trump tweeted that “Wacky Omarosa already has a fully signed Non-Disclosure Agreement!”

This may have been a reference to one signed when joining the campaign.

The Washington Examiner reportedly obtained a sample of the agreement, which would require her to keep information about the president, his companies and his family confidential, and not “disparage” the Trump family “during the term of your service and at all times thereafter.”

It's unclear whether such an agreement would apply to disclosures about events and conversations after the campaign, however.

The American Arbitration Association declined to comment when asked by Fox News about the complaint.

Manigault-Newman also accuses Trump in the book of being “racist” and a “misogynist,” and of being “mentally and physically impaired.”

Manigault Newman accuses Trump, whom she calls her “mentor” throughout the book, of expecting “moblike” loyalty, likening him to a “cult leader.”

“Loyalty is a loaded topic when it comes to Donald Trump. His moblike loyalty requirements are exacting, imperishable, and sometimes unethical (as in James Comey’s case.),” she writes. “But for the people in Trumpworld, loyalty to him is an absolute and unyielding necessity, akin to followers’ devotion to a cult leader.”

She alleges: “Trumpworld is a cult of personality focused solely on Donald J. Trump.”

Trump has blasted Manigault Newman, calling her “wacky” and a “crazed, crying lowlife.” And on Tuesday, Trump praised his chief of staff John Kelly for “firing that dog!”

The president also blasted her as “vicious, but not smart” and said “people in the White House hated her.”

She has drawn tough criticism from the White House after she revealed secretly taped recordings of her conversation with Kelly in the White House Situation Room during her termination, and said that Kelly was “threatening” her.

She also revealed she taped a phone conversation with Trump after she was fired.

Manigault Newman, meanwhile, claimed that she believed her firing was related to her knowledge of a tape made in the early 2000s, in which Trump supposedly uses “the N-word.”

Trump and current and former White House and campaign officials dispute the claims of such a tape.