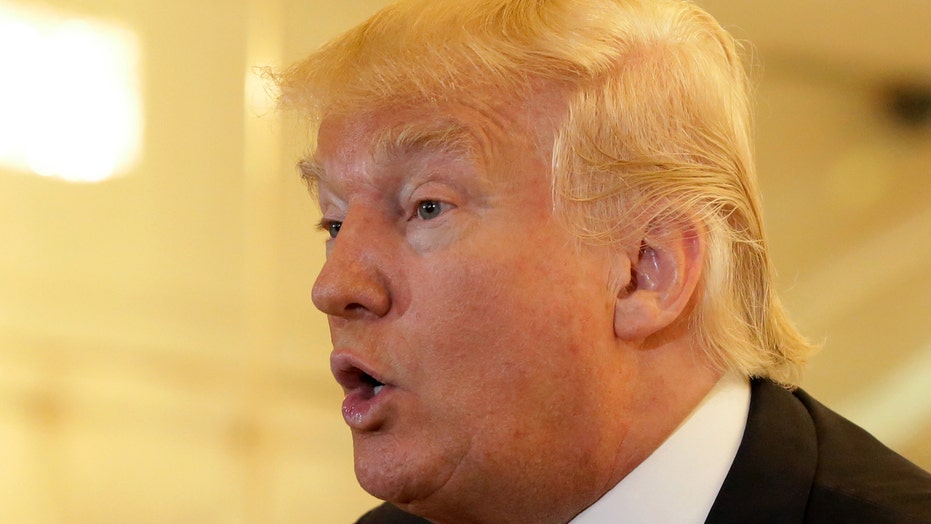 Donald Trump bristled Monday at supporter Newt Gingrich joining the chorus of criticism over his comments on the Mexican heritage of a federal judge -- saying it was "inappropriate" for Gingrich to weigh in, while once again defending his remarks.

Trump for days has defended claims that American-born District Judge Gonzalo Curiel, whose parents are from Mexico, has a conflict of interest as he considers lawsuits against Trump University.

Trump, though, pushed back during an interview Monday with "Fox & Friends."

“I saw Newt and I was surprised at Newt. I thought it was inappropriate, what he said,” Trump said.

“All I want to say is find out why am I being treated so unfairly by a judge?” Trump said.

Trump later repeated his comments during an interview on Fox News' "The O'Reilly Factor," saying the judge, "should recuse himself, not because he did anything wrong...but to eliminate any doubt as to motivation in court rulings"

"I don't care about Mexican or not, all I want him to do is give me a fair shake," he added.

Gingrich, though, is far from the only Republican challenging Trump's claims that the judge is biased against him because of his plans to build a wall along the Southern border.

Gingrich's criticism was especially pointed, coming from a figure thought to be a potential running mate prospect for Trump.

“It was one of the worst mistakes Trump has made. Inexcusable,” the former GOP House speaker, who has become one of Trump’s closest advisers, told “Fox News Sunday.”

“That judge is not a Mexican. He’s an American,” he said. “I hope it was sloppiness.”

She also suggested that the attacks were “typical” of Trump’s strategy of trying to “divert attention” from his problems, in this case “very serious fraud charges” against the real estate school.

“Trump's continuing ethnic slurs and rants against everyone, including a distinguished federal judge, I think makes my point rather conclusively,” Clinton said.

Also on Sunday, a pair of powerful Senate Republicans warned Trump to drop his attacks on the judge.

"We're all behind him now," Senate Majority Leader Mitch McConnell said on NBC's "Meet the Press," adding that it's time for unifying the party, not "settling scores and grudges."

Their remarks solidify the line GOP leaders have drawn in recent days between themselves and Trump, with whom they've made a fragile peace over their shared sense that almost anyone would be a better president than Clinton.

Trump University is the target of two lawsuits — in San Diego and New York — which accuse the business of fleecing students with unfulfilled promises to teach secrets of success in real estate. Trump has maintained that customers were overwhelmingly satisfied. Trump's legal team has not sought to have Curiel removed.