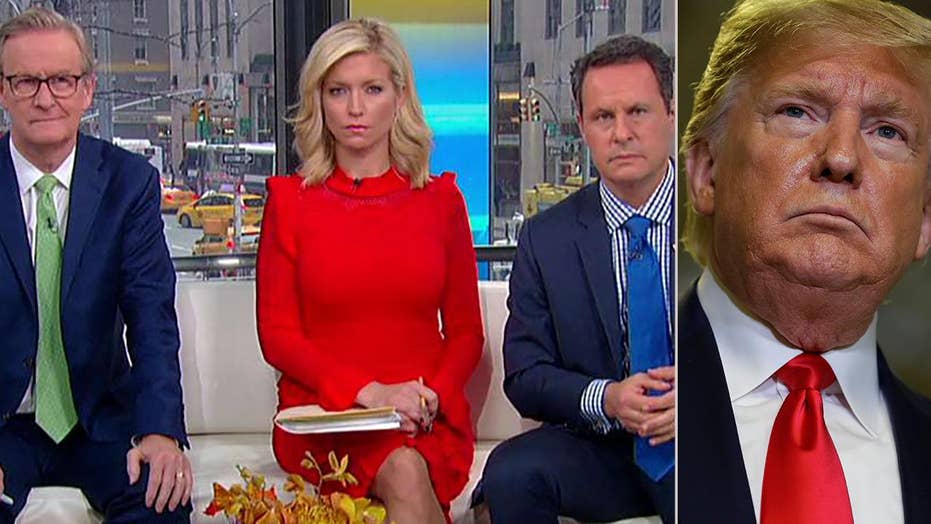 President Trump, during a wide-ranging interview Friday morning with “Fox & Friends,” called for a Senate trial should the House impeach him and pressed for House Intelligence Committee Chairman Adam Schiff, the whistleblower and others to be called as witnesses.

Calling into “Fox & Friends” after a packed week of hearings where a parade of witnesses alleged high-level involvement in efforts to pressure Ukraine to investigate Democrats while aid was withheld, Trump blasted the inquiry as “a continuation of the witch hunt” and downplayed the impact of the testimony.

“There’s nothing there,” Trump declared, claiming "there should never be an impeachment" and he “doesn’t know” the majority of the witnesses.

But following a meeting with senators a day earlier, the president announced on the show that if the House impeaches, "Frankly, I want a trial."

He stressed that Senate trial would provide the opportunity to call other witnesses -- including Hunter Biden, whose dealings in Ukraine were at the heart of what he wanted investigated out of Kiev, and especially Schiff.

“There’s only one person I want more than 'Where’s Hunter?' and that is Adam Schiff,” Trump said.

Blasting Schiff's dramatized reading (later described as a parody) of the now-infamous phone call with Ukraine's president and challenging his claims not to know the whistleblower, Trump said, "I want to see Adam Schiff testify about the whistleblower."

He went on to say he also wants to hear from the "fake whistleblower," saying he and "everybody" know the identity of the person whose complaint sparked Democrats' ongoing impeachment inquiry. Trump alleged the whistleblower filed a "false report" on his July 25 call with Ukrainian President Volodymyr Zelensky.

“I want the whistleblower, who put in a false report, to testify,” Trump said, adding that he believes the individual “is a political operative.” 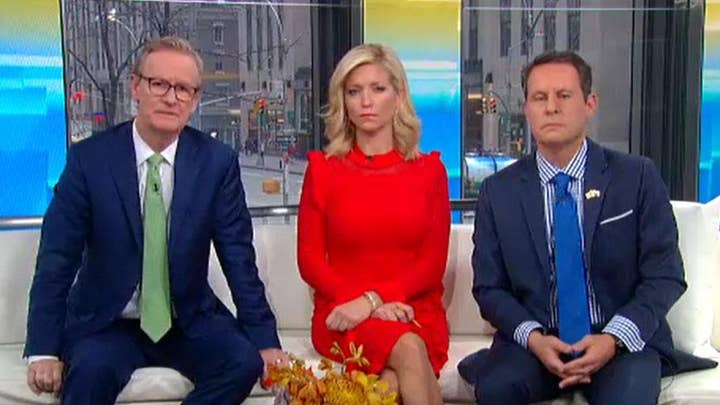 The president claimed Friday that he “hardly knows” Sondland, who testified for hours on Wednesday. Sondland said that there was, in fact, a “quid pro quo” tying a White House meeting to the push for investigations -- concerning former Vice President Joe Biden's role ousting a prosecutor who had been looking into Ukrainian natural gas firm Burisma, where his son Hunter worked on the board. Sondland described a potential quid pro quo linked to the military aid but said he never heard that directly from Trump. 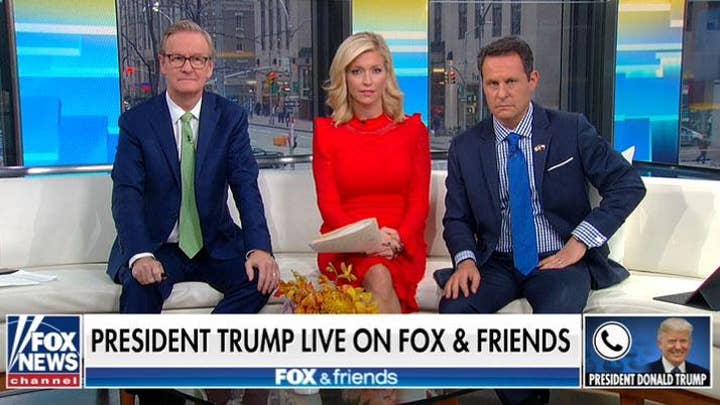 Trump also said he did not know Volker, while saying he “only had a couple of conversations with [Sondland].”

“He was really the ambassador to the E.U., and all of a sudden, he’s working on this,” Trump said.

But Sondland and Hill testified this week that the president tasked Sondland with Ukraine efforts.

Trump also went on to blast Holmes, who testified on Thursday that he overheard a conversation between Trump and Sondland on July 26.

“How about that guy with the telephone? I guarantee that never took place,” Trump said. “I have really good hearing and I’ve watched guys for 40 years making phone calls and I can’t hear the other side.”

Trump further criticized fired U.S. Ambassador to Ukraine Marie Yovanovitch, who testified before the committee last week, calling her “an Obama person,” and saying she was “rude.”

“This was not an angel, this woman, and okay, there were a lot of things she did that I didn’t like. But I just want you to know, this is not a baby we’re dealing with,” Trump said.

During Yovanovitch’s hearing last week, the president criticized her record via Twitter—a move which Schiff, Yovanovitch and others characterized as witness intimidation.

Meanwhile, Trump maintained that there was “no quid pro quo” and that he wanted “nothing” from Ukraine. 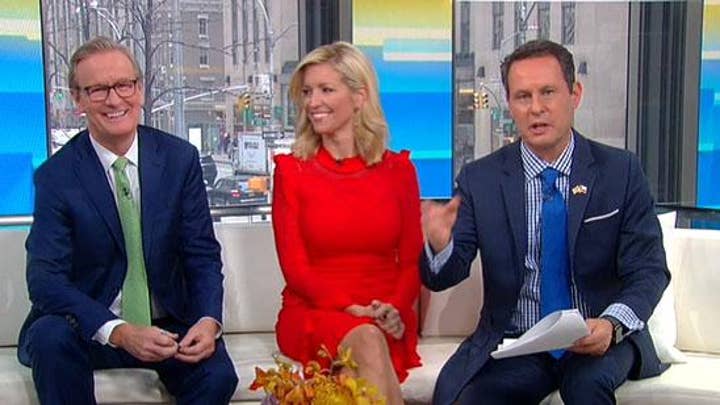 Should the House introduce articles of impeachment, all that is needed to impeach Trump is a simple majority vote by those lawmakers present and voting. But at that point, removal from the Oval Office is hardly a certainty. The Senate would have to hold a trial.

While some Senate Republicans have voiced concerns about Trump's actions, impeachment does not, at this stage, appear to have enough support in the Senate to threaten Trump in the long run. Most GOP senators have stopped short of condemning the president for his controversial phone call, while others have outright defended him.

The president touted the GOP's unity on Friday.

"The Republican Party has never been more unified," Trump said. "In the Senate and the House, Mitch [McConnell], Lindsey [Graham], I could name 20 names up there."

He added: "The Republicans, I have never seen anything like it, they're sticking together."

Trump on Friday also brought up a widely disputed claim concerning supposed Ukraine connections to the 2016 hacking of the Democratic National Committee, which he also had brought up on the call with Zelensky – related to an unsupported theory that Russia was framed.

Trump complained that the DNC gave the server to CrowdStrike, a company he said is owned “by a very wealthy Ukrainian.”

The firm did probe the DNC hack and connected it to Russia. But while Trump sought to tie the firm to Ukraine – and other allegations of Ukraine-related efforts to undermine Trump in 2016 can be supported – the company in question was actually co-founded by a Russian-born American citizen, Dmitri Alperovitch.

Pressed during Friday's interview whether he's sure the Ukrainians got the server, Trump responded: “That’s what the word is.”

“What they have coming out is historic,” Trump said.

Sources told Fox News last month that U.S. Attorney John Durham's separate, ongoing probe into potential FBI and Justice Department misconduct in the run-up to the 2016 election through the spring of 2017 has transitioned into a full-fledged criminal investigation -- and that Horowitz's report will shed light on why Durham's probe has become a criminal inquiry.

Durham has reportedly taken up Horowitz's findings concerning the falsified FISA document, meaning the ex-FBI lawyer who made the changes is now under criminal investigation. Reports, though, indicated, that the document was not central to the legality of the FISA warrant obtained against Page.

“This was spying on my campaign, something that has never been done,” Trump said. “This was an overthrow attempt at the presidency.”