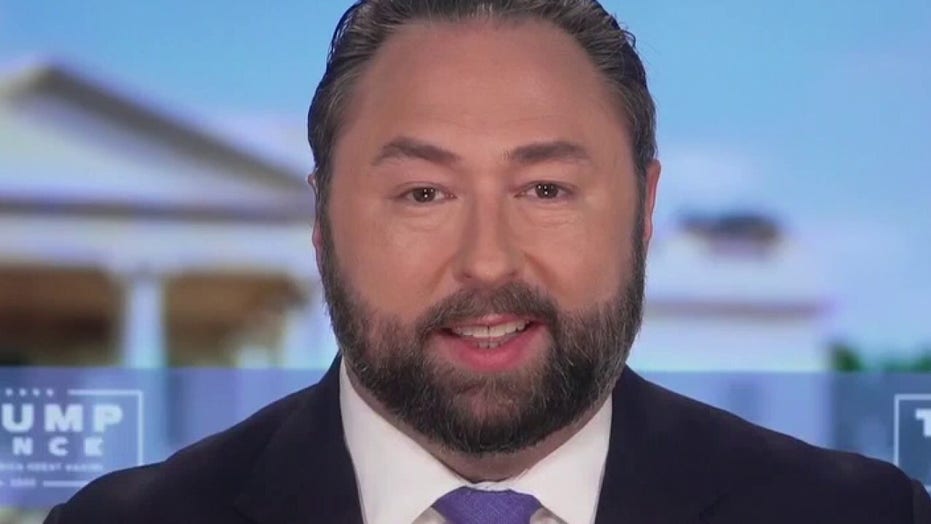 President Trump celebrated the return of the Big Ten college football conference as it worked to combat the coronavirus, and emphatically told the Pac-12 it was their turn to "get going."

"I want to congratulate Big Ten football. It’s back," Trump said during a press conference on Wednesday. Its return came after Trump publicly pressured the conference, which primarily consists of Midwestern teams, and even spoke directly with Commissioner Kevin Warren.

"I want to, in particular, I’ve been dealing with them, thank commissioner Kevin Warren for the great job he did. We’ve been working with him for a while ... I called the commissioner a couple of weeks ago, and we started really putting a lot of pressure on, frankly, because there was no reason for it not to come back. And Kevin went in and worked very hard. I want to thank the players, the coaches for working along. And they wanted it very badly. The players and coaches, in particular, the parents also."

He specifically thanked White House adviser Tim Pataki for doing a "great job" working with Warren on the issue.

BIG TEN ANNOUNCES RETURN OF 2020 COLLEGE FOOTBALL SEASON, AFTER POSTPONING DUE TO CORONAVIRUS

In a release Wednesday, the conference said that the Council of Presidents and Chancellors was unanimous in its decision to resume games. To prevent the virus' spread, the conference is requiring student-athletes, trainers, and coaches to receive daily antigen testing, while students who test positive will have to undergo comprehensive cardiac testing and can only return after at least 21 days from their positive diagnosis.

As the Big Ten and Pac-12 bailed in August, the other Power Five conferences forged ahead, along with three other major college football leagues. Games have started, with the Big 12 and Atlantic Coast Conference kicking off last week. The Southeastern Conference begins playing Sept. 26.

"I want to recommend that the Pac-12 also get going, because there’s no reason why Pac-12 shouldn’t be playing now," Trump said of the west coast conference.

Trump continued: "They’ve got a very good testing process for the players, coaches, families, etc. And so I just want to congratulate Big Ten. It’s going to be great, we're going to love watching that. And, again, I want to recommend Pac-12, you’re the only one now. Open up, open up, Pac-12, get going," he said.

Earlier this month, the Pac-12 announced a testing partnership it said would help mitigate the virus' spread. It added, however, that "any return to competition is subject to requisite approvals from public health officials."