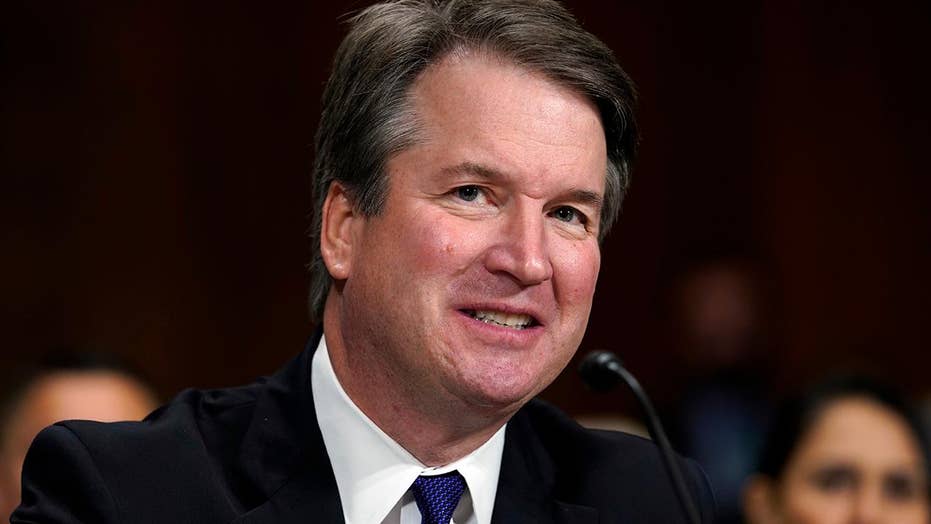 Breaking down the scope of the FBI's Kavanaugh investigation<br>

President Trump has instructed White House Counsel Don McGahn to allow the FBI to speak with anyone the bureau deems appropriate in connection with the supplemental background investigation into Supreme Court nominee Brett Kavanaugh, a source familiar with the probe told Fox News on Monday.

The source said Trump made the decision after a conversation with McGahn over the weekend. The source added that the president's only stipulation was that the investigation wrap up by Friday.

The FBI is looking into sexual misconduct allegations against Kavanaugh that date from his time in high school and college in the early 1980s. Agents already have interviewed one of Kavanaugh's three accusers amid bickering among lawmakers over whether the bureau would be able to complete a full and fair investigation in the alloted time. 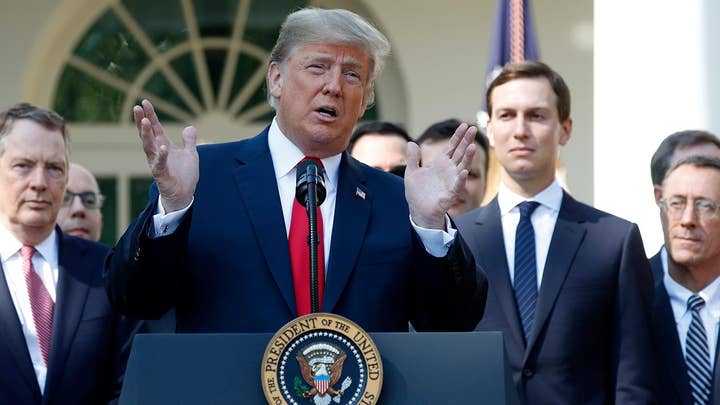 During a Rose Garden news conference Monday morning, Trump stressed that he wanted the probe to wrap up quickly and called the allegations "so unfair" to Kavanaugh and his family. But he added that "my White House will do whatever the senators want."

The president added that he was "fine" with FBI agents questioning Kavanaugh about the allegations, which the federal judge has denied repeatedly in interviews with Senate Judiciary Committee staff and in fiery public testimony before the committee this past Thursday.

Trump also said he would not object if the bureau interviewed Kavanaugh's third accuser, Julie Swetnick, who has claimed Kavanaugh and high school friend Mark Judge drugged women at parties where the women would be gang-raped. Swetnick's attorney, Michael Avenatti, repeatedly has called on the FBI to contact his client.

"It wouldn't bother me at all," Trump said of a possible Swetnick interview. "Now, I don't know all three of the accusers. Certainly, I imagine they're going to interview two. The third one, I don't know much about."

A senior Senate Republican source told Fox News that lawmakers were told the FBI's review could be wrapped up as soon as Tuesday. However, the source added that any move to forge ahead with a final vote on Kavanaugh's confirmation would need to be approved by Sens. Jeff Flake, R-Ariz.; Susan Collins, R-Maine, and Lisa Murkowski, R-Alaska. Flake requested the FBI investigation on Friday as a condition of his vote to report Kavanaugh's nomination out of the Judiciary Committee, a move that Collins and Murkowski supported.

Republicans have 51 seats in the closely divided 100-member Senate and cannot afford to lose more than one vote on confirmation.

P.J. Smyth, another friend who Ford said was at the party in question, "has fully cooperated with the FBI investigation in this matter. He truthfully answered every question the FBI asked him and, consistent with the information he previously provided to the Senate Judiciary Committee, he indicated that he has no knowledge of the small party or gathering described by Dr. Christine Blasey Ford nor does he have any knowledge of the allegations of improper conduct she has leveled against Brett Kavanaugh," his attorney, Eric B. Bruce, told Fox News.