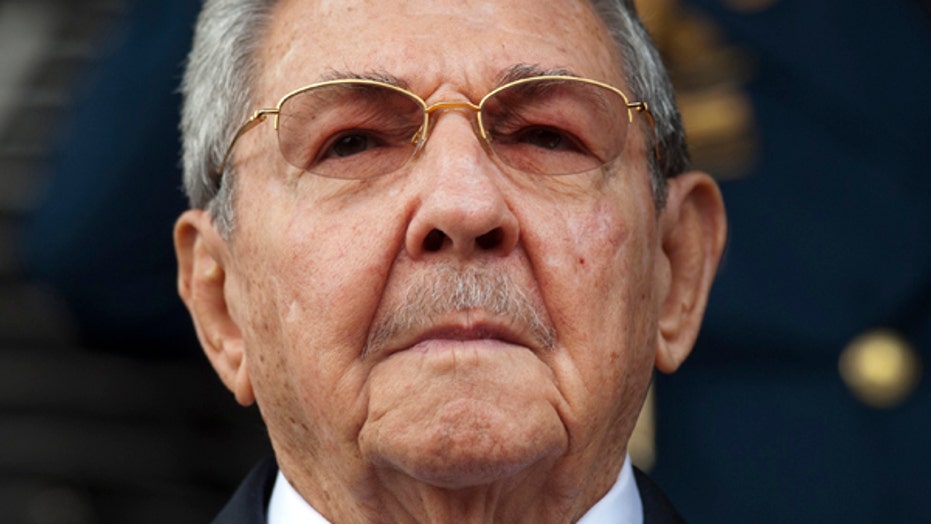 The Trump administration on Thursday imposed new sanctions on Cuba’s Communist Party leader, Raul Castro, due to “gross violations of human rights.” This, as the U.S. seeks to ramp up pressure on Castro over his support of Venezuela’s disputed socialist president, Nicolás Maduro.

President Obama restored diplomatic relations with Cuba in 2015 after more than five decades of hostility, but since then, President Trump has imposed a number of sanctions and travel restrictions.

“The Cuban regime's disregard for human rights and use of violence to prop up the former Maduro regime are responsible for the ongoing crises in Cuba and Venezuela,” Secretary Mike Pompeo said Thursday on Twitter.

Under the sanctions, Castro and his immediate family members will be barred from entering the U.S. “As First Secretary of the Cuban Communist Party, Raul Castro oversees a system that arbitrarily detains thousands of Cubans and currently holds more than 100 political prisoners,” Pompeo said in a statement. Pompeo further accused Castro of being involved in “gross human rights violations and abuses” in Venezuela, including torture.

“Castro is complicit in undermining Venezuela’s democracy and triggering the hemisphere’s largest humanitarian crisis, forcing 15 percent of the Venezuelan population to flee the country and precipitating a food shortage and health crisis of unprecedented scale in this region,” Pompeo continued.

The move came two days after Trump, in a speech at the United Nations, slammed Maduro.

“The dictator Maduro is a Cuban puppet, protected by Cuban bodyguards, hiding from his own people, while Cubans plunder Venezuela’s oil wealth to sustain its own corrupt communist rule,” the president said.

Cuba has been suffering major gas shortages due to a U.S. policy of sanctioning ships that bring petroleum products from Venezuela. Cuba relies on Venezuela for about 60 percent of its daily oil consumption.