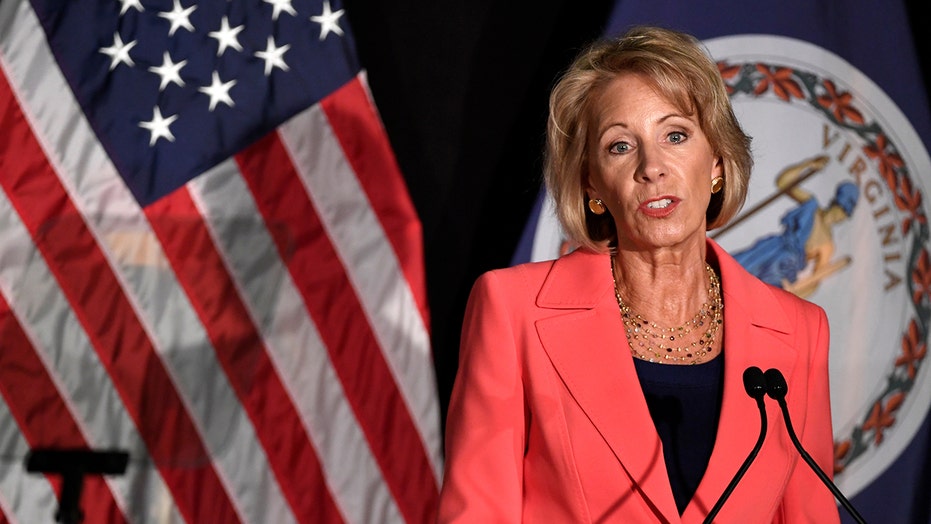 The Trump administration is threatening to remove taxpayer funds from Duke University and University of North Carolina's jointly-run Middle East studies program, which the government says is misusing federal funds to advance anti-Israel biases and unfairly promote "positive aspects of Islam" while ignoring Christianity and Judaism.

The Department of Education sent an Aug. 29 letter to the Duke-UNC Consortium for Middle East Studies giving the program until Sept. 22 to revise the curriculum or lose future funding.  The program, accused of failing to meet the program's stated goal to "support the development of foreign language and international expertise for the benefit of U.S. national security and economic stability," received $235,000 from the grant last year.

Education Secretary Betsy DeVos launched the investigation in June after Rep. George Holding, R-N.C., complained that the Duke-UNC CMES hosted a taxpayer-funded conference with "severe anti-Israeli bias and anti-Semitic rhetoric." DeVos said she was "troubled" by the incident.

Th Department of Education pointed out academic papers associated with the program didn't seem to line up with its stated purpose, including "Performance, Gender-Bending and Subversion in the Early Modern Ottoman Intellectual History" and "Radical Love: Teaching from Islamic Mystical Tradition."

According to the data, only 960 of the 6,800 students in the program were actually enrolled in Middle East language classes.

Department officials instructed the Duke-UNC consortium, which was founded in 2005 and received the grant nearly a decade ago, to provide a "revised schedule of activities" for the next academic year and explain how each offering promotes foreign language learning and advances national security interest.

UNC-Chapel Hill says the consortium "deeply values its partnership with the Department of Education" and is "committed to working with the department to provide more information about its programs," in a statement.

Jay Smith, a history professor at UNC and vice president of its chapter of the American Association of University Professors, told the Associated Press the Education Department official who signed the letter, Robert King, "should stay in his lane and allow the experts to determine what constitutes a 'full understanding' of the Middle East."

Terry Magnuson, the school's vice chancellor for research, pushed back against the letter's claims and said the school will establish an advisory board to review the consortium's activities and keep records detailing how all expenses relate to the goal of the federal grant.

Henry Reichman, chairman of a committee on academic freedom for the American Association of University Professors, blasted the investigation as "right-wing political correctness."

The probe is part of a broader effort by the Trump administration to root out anti-Semitism in universities across the nation.

More than a dozen universities receive National Resource Center grants, totaling $22 million, with $3.5 million set aside for Middle East programs, at schools like Columbia, Georgetown, Yale, and the University of Texas.