The Trump administration is urging lawmakers to reauthorize a mass phone data collection program set to expire later this year that would let the National Security Agency collect the phone record information of millions of Americans.

In a letter addressed to the top members of the Senate Judiciary Committee and Senate Intelligence Committee, departing Director of National Intelligence Dan Coats outlined his position on the USA Freedom Act.

"I write to express the support of the Intelligence Community (IC) and Administration for the permanent reauthorization of the provisions of the USA Freedom Act of 2015 that are currently set to expire in December," Coats wrote, in the letter obtained by Fox News.

"These provisions provide the [intelligence community] with key national security authorities, and we look forward to working with the Congress on their permanent reauthorization," he added.

Congress passed the USA Freedom Act in 2015 after the fallout from disclosures from whistleblower Edward Snowden about a previous program that collected vast amounts of information about Americans' phone calls and text messages.

The NSA shuttered the call records provision of the Freedom Act, but Congress could reinstate it if needed, which could alarm privacy advocates. The record collection program allows the government to collect data from phones calls, including the length of calls and when information is sent via calls or text messages. 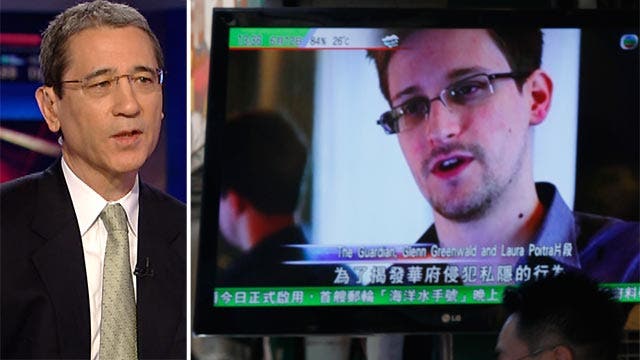 "The National Security Agency has suspended the call detail records program that uses this authority and deleted the call detail records acquired under this authority," Coats wrote. "This decision was made after balancing the program’s relative intelligence value, associated costs, and compliance and data integrity concerns caused by the unique complexities of using these company-generated business records for intelligence purposes."

He added that "as technology changes, our adversaries’ tradecraft and communications habits will continue to evolve and adapt. In light of this dynamic environment, the Administration supports reauthorization of this provision as well."

On Wednesday, a coalition of nearly 40 activist groups reportedly sent leaders of the House Judiciary Committee a letter asking to end the collection of phone data, arguing the sensitive information of millions could be revealed.

It was unclear how much congressional support there was for the metadata collection program. A spokesperson for California Sen. Dianne Feinstein, the ranking Democrat on the Senate Judiciary Committee, said Coats' letter was under review, according to The Hill.