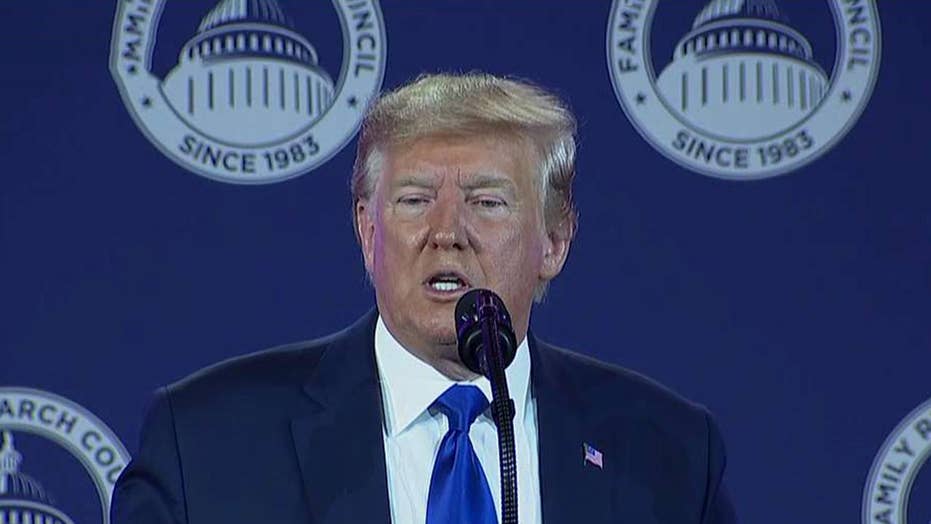 The president spoke on the hardships of minority religions in Syria at the Values Vote Summit Dinner.

President Trump announced Saturday that he had authorized the release of $50 million in aid to human rights groups and other aid organizations in Syria in an apparent attempt to counter criticism of his pullout of U.S. forces there.

“Other presidents would not be doing that, they’d be spending a lot more money but on things that wouldn’t make you happy," Trump said while addressing the Values Voters Summit's Faith, Family and Freedom gala dinner.

"The U.S. condemns the persecution of Christians and we pledge our support to Christians all over,” said Trump, who claimed that under the Obama administration, Christians in Syria had “almost no chance” to immigrate legally to the United States and that Muslim Syrians had a much better shot. 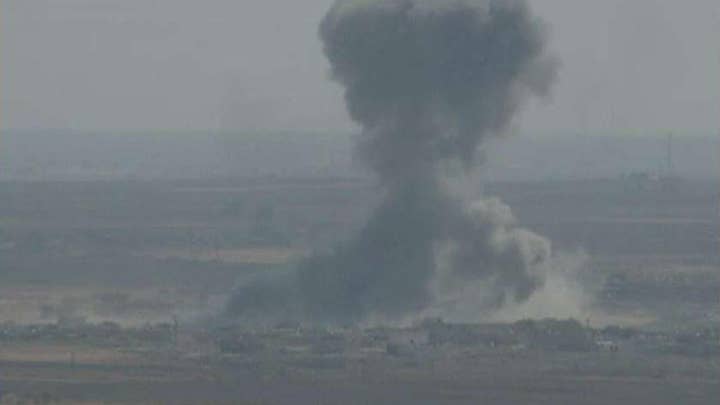 "It will also go toward increased accountability, removal of explosive remnants of war, community security for stabilization assistance, documenting human rights abuses and international humanitarian law violations, and support for survivors of gender-based violence and torture,” the statement continued.

The U.S. pullout came days before a Turkish push against mostly Kurdish fighters, which the Ankara government has described as a national security threat. The Trump administration has been criticized for abandoning the Kurds, who have been steadfast allies in the five-year-long fight against the ISIS terror group.

Hillary Clinton lashed out at Trump on Saturday, responding to an NBC News reporter's Twitter message about the fighting in Syria.

"This sickening horror is one man's fault," Clinton wrote, not mentioning Trump by name but leaving no doubt about who she was targeting. 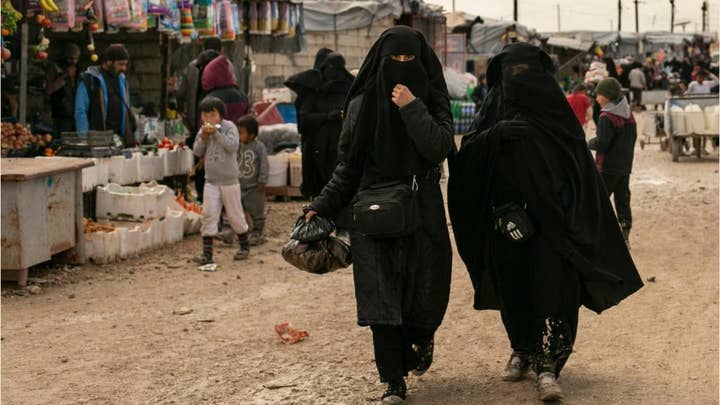 "Don’t forget they are fighting for their land. They haven’t helped us fighting for our land," Trump told his audience Saturday night. “Let them have their borders, but I don’t think our soldiers should be there for the next 15 years guarding a border between Turkey and Syria when we can’t guard our own borders."

“I said, 'We just spent billions in Iraq and it was the single worst mistake we’ve ever made,'” Trump said, explaining his rationale for pulling U.S. forces out of the area. “We defeated ISIS, we did our job, now we have to go home ... You wouldn’t believe how the military-industrial complex came down on me."

Turkey's military said Saturday that it had captured the key Syrian border town Ras al-Ayn, the latest in a series of villages in northern Syria to fall to Turkish troops and allied Syrian opposition fighters.

The invasion also has forced nearly 100,000 people to flee their homes amid concerns that ISIS might take advantage of the chaos and try to rise again after its defeat in Syria earlier this year.

The Syrian Democratic Forces, or SDF, said the United States should carry out its "moral responsibilities" and close northern Syrian airspace to Turkish warplanes, but that it didn't want the U.S. to send its soldiers "to the front lines and put their lives in danger."

France's defense and foreign ministries said Saturday that the country was halting exports of any arms to Turkey that could be used in its offensive.

German Foreign Minister Heiko Maas also announced that Berlin would curtail its arms exports to Turkey. Maas told the weekly Bild am Sonntag that "against the background of the Turkish military offensive in northeastern Syria, the government will not issue any new permissions for any weapons that can be used by Turkey in Syria."

Kurdish news agencies including Hawar and Rudaw said that Hevreen Khalaf, secretary general of the Future Syria Party, was killed Saturday as she was driving on the M-4 highway which connects the towns of Manbij and Qamishli. Rudaw's correspondent blamed Turkish forces for targeting Khalaf's car, and Hawar blamed "Turkey's mercenaries."

The Observatory said six people, including Khalaf, were killed by Turkey-backed opposition fighters on the road that they briefly cut before withdrawing.

In a statement late Saturday, the State Department said it had seen reports of Khalaf's death, as well as those of SDF fighters captured by rival rebel groups allied with Turkey, and found them "extremely troubling."

"We find these reports to be extremely troubling, reflecting the overall destabilization of northeast Syria since the commencement of hostilities on Tuesday," the department said. "We condemn in the strongest of terms any mistreatment and extrajudicial execution of civilians or prisoners, and are looking further into these circumstances."