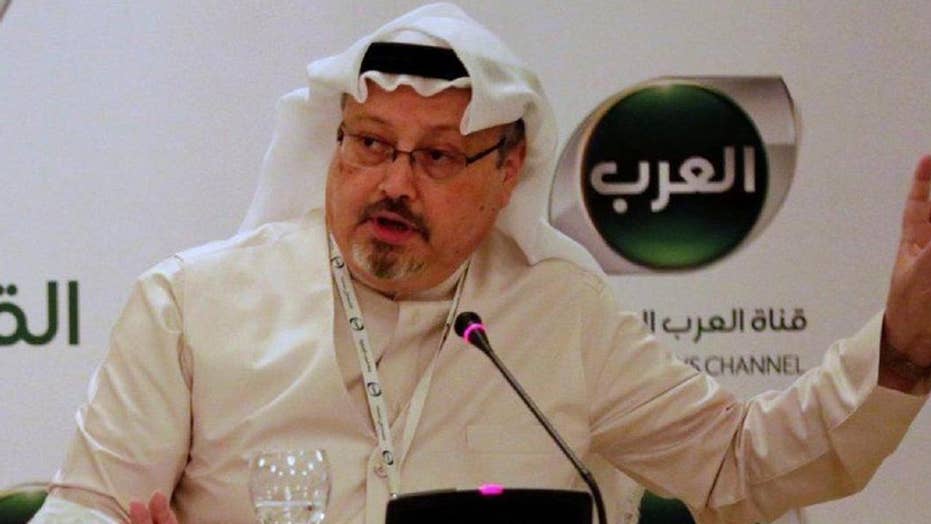 Prosecutor recommends death penalty for 5 suspects, says royal family had no knowledge of the murder; Benjamin Hall has the latest from the Middle East.

The Treasury Department announced Thursday it is slapping sanctions on 17 Saudi government officials over the killing of writer Jamal Khashoggi in the Saudi Consulate in Turkey last month.

The Treasury's Office of Foreign Assets Control (OFAC) is sanctioning Saud Al-Qahtani, a senior official of the Saudi government who it says was part of the planning and execution of the operation that led to Khashoggi's death, as well as other government officials who it says were involved in the plot.

“The Saudi officials we are sanctioning were involved in the abhorrent killing of Jamal Khashoggi. "These individuals who targeted and brutally killed a journalist who resided and worked in the United States must face consequences for their actions," Secretary Steven Mnuchin said in a statement. "The United States continues to diligently work to ascertain all of the facts and will hold accountable each of those we find responsible in order to achieve justice for Khashoggi’s fiancée, children, and the family he leaves behind,”

“The Government of Saudi Arabia must take appropriate steps to end any targeting of political dissidents or journalists,” he said.

The sanctions means that any property or interests in property of the officials in the U.S. is blocked, while Americans are prohibited in engaging in transactions with them.

The sanctions are in addition to travel plans already in place against the officials accused of hatching the plot to kill the U.S.-based columnist for The Washington Post.

U.S. officials say they have pressed the Saudi government for a full investigation into Khashoggi's death. Turkish and Saudi authorities say he was killed by a team from the kingdom inside the consulate after he went there to get marriage documents.

The Saudis say they have 21 people in custody, and the country's top prosecutor said he would seek the death penalty for five of them. Earlier Thursday, Foreign Minister Adel al-Jubeir said that Crown Prince Mohammed bin Salman had nothing to do with Khashoggi's death.

"Absolutely, his royal highness the crown prince has nothing to do with this issue," he told reporters.