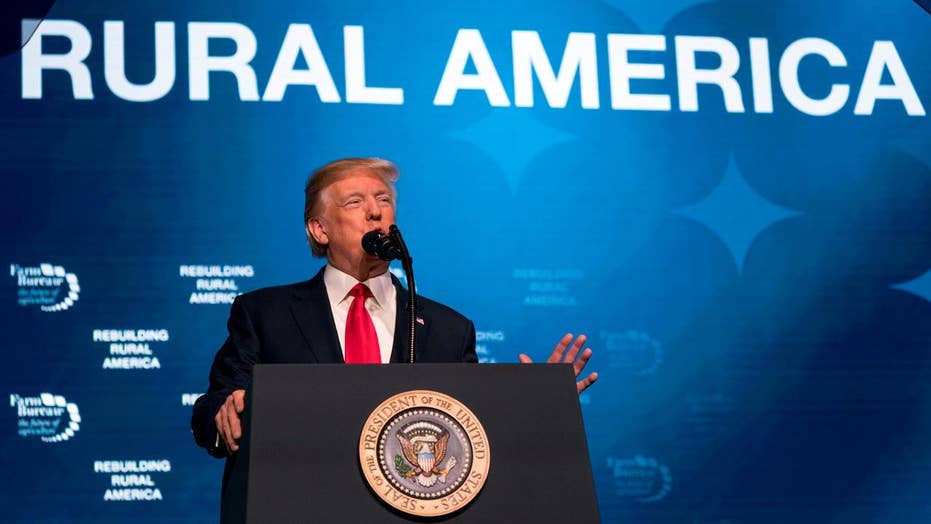 The collateral damage from a potential trade war

Most Asian stock markets were holding early Friday, in an early sign that investors—for now--are brushing off concerns about the brewing brouhaha between the world's two biggest economies.

President Trump on Thursday called for Robert Lighthizer, the U.S. trade representative, to consider $100 billion in additional tariffs against China. The two nations have already slapped each other with planned tariffs totaling $50 billion this week.

But economic analysts said the situation -- which some U.S. news outlets have already branded a "trade war" -- could change rapidly, especially given the nations' ongoing war of words.

“This is what a trade war looks like, and what we have warned against from the start,” National Retail Federation President and CEO Matthew Shay said in an interview with Reuters.

For their part, Chinese officials said they won't capitulate to U.S. demands.

China and the U.S. have exchanged plans to impose sweeping tariffs on each others' exports this week. (Copyright 2016 The Associated Press. All rights reserved.)

"If someone wants a trade war, we will fight to the end,” Wang Shouwen, China’s commerce vice minister, told reporters Wednesday, after announcing a planned tax on U.S. goods, including airplanes and soybeans, the biggest U.S. export to China.

One trade policy expert specifically faulted Trump's communications strategy in an interview with the AP.

"Mr. Trump is upping the ante, but the lack of a clear game plan and an incoherent messaging strategy from the administration is setting this up for an all-out trade war rather than a fruitful negotiation," said Eswar Prasad, professor of trade policy at Cornell University.

"I like to say that there is a pot of gold at the end of this rainbow."

Chinese officials know they can effectively target specific sectors of the American economy, experts said, decreasing the likelihood that they will feel the need to retreat from the brink.

“The American agricultural sector is quite influential in the Congress,” Peking University economics professor told The New York Times. “China wants the American domestic political system to do the work.”

Some of that work was being done by Nebraska Republican Sen. Ben Sasse, who said this week that Trump was “threatening to light American agriculture on fire" and calling the White House's approach "the dumbest possible way to do this.”

China, by contrast, has unique tools to counteract U.S. tariffs, according to analysts. President Xi Jinping's government controls huge swaths of the country's economy and has an iron grip on the press, which would insulate the administration from some political and financial pressures in the short-term.

“My impression is that there is in Washington an exaggerated sense of how painful these tariffs might be” in China, Gavekal Dragonomics director Arthur R. Kroeber told the paper.

But as President Trump noted on Twitter on Wednesday, the U.S. runs a significant trade deficit with China, giving the White House its own blunt leverage.

"We are not in a trade war with China, that war was lost many years ago by the foolish, or incompetent, people who represented the U.S.," Trump wrote. "Now we have a Trade Deficit of $500 Billion a year, with Intellectual Property Theft of another $300 Billion."

“There is a process here, there’s going to be some back and forth, but there’s also some negotiations and we may talk about that, but that’s the key point," Kudlow said, describing Trump as "the first guy with a backbone in decades" to take some action on China — "at least preliminary actions."

“In the United States at least, we’re putting it out for comment, it’s going to take a couple months," he said, referring to the proposed new tariffs. "I doubt if there will be any concrete action for several months. ... Trump’s putting his cards on the table. He’s standing up for this country, but he’s also standing up for better world trade.”

China on Thursday also formally challenged the U.S. tariffs at the WTO, setting the stage for a potentially lengthy legal battle.

The result of all the tension and brinksmanship, the White House says, will be a fairer international business climate for U.S. industries.

"I like to say that there is a pot of gold at the end of this rainbow," Kudlow told Politico this week.