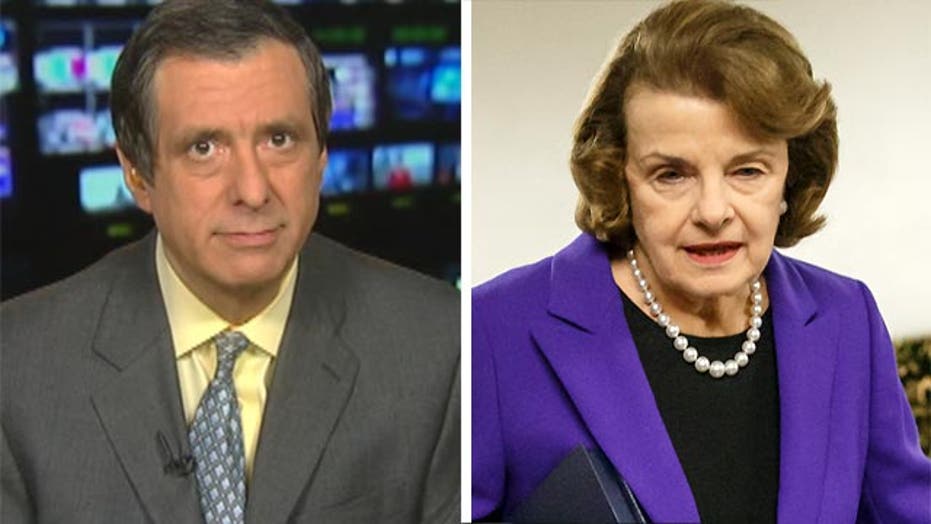 There is little question how the Senate report on the CIA played in the major newspapers.

“SENATE PANEL FAULTS C.I.A. OVER BRUTALITY AND DECEIT IN TERRORISM INVESTIGATIONS,” said the six-column banner in the New York Times.

“A grim portrait of CIA tactics after 9/11//Report details vicious acts, cites a pattern of deception,” said the banner headline in the Washington Post.

But elsewhere in the media world, the release was framed very differently: As a reckless move that would endanger the lives of American intelligence operatives around the world. And as a one-sided hit job released out of anger by Dianne Feinstein in her waning days as chairman.

It’s all a question of how you frame it.

Having lived through the fierce debates over these techniques after the Bush administration invaded Iraq, I have an overwhelming sense of déjà vu. Everyone is assuming their posts and fighting the last war. About the only thing that’s changed is that news organizations openly use “torture,” while during the Bush years most employed such euphemisms as enhanced interrogations.

Since President Obama barred the use of these techniques several years ago, this is as much a media war as anything else, with one exception: the very legitimate question of whether the report’s release has raised the threat level for our people.

On CNN, Wolf Blitzer told Feinstein: “But if Americans are killed as a result of this report and they tell you that, I assume you would feel guilty about that.”

“I would feel very badly, of course,” the senator said. “I mean, what do you think, Wolf Blitzer?”

Those who concentrate on the decision to make the report public are in some ways deflecting attention from its contents. Among the CIA’s techniques, as NBC’s Richard Engel described them: “Leaving people in ice baths, dragging them outside of cells, cutting their clothes off, beating them up, putting them back into their cells, leaving them standing for days at a time, sometimes on broken legs, and then continuing to do it for months and months and months.” Not to mention forced rectal feedings. One detainee was waterboarded 83 times.

ABC’s Martha Raddatz: “Stripped naked and diapered, one detainee chained to a wall for 17 straight days in a standing position, another threatened with a drill, one left to die in a cell from hypothermia…The interrogations of CIA detainees were absolutely brutal, far worse than the CIA represented them to policymakers and others.”

But Engel added on MSNBC that “the CIA felt it had authorization to do this,” and therefore shouldn’t be scapegoated just because there is a change of administrations.

Then there is the question of whether these torture-style interrogations were effective: that is, did they yield useful intelligence in the war on terror? Did they help U.S. forces get Osama bin Laden?

Former CIA Director Michael Hayden has been making the television rounds, saying the interrogations were incredibly effective, and by the way he didn’t lie to Congress about the program. But this debate was never adequately resolved in the 2000s, and I doubt it can be now.

NBC anchor Brian Williams asked Hayden: “What if, God forbid, members of your family had to undergo some of the treatments we are reading about in this report?”

“Look, Brian,” Hayden said, “we’re people like you and your viewers, who have a soul and a conscience, too. We knew that as bad as these people were, we were doing this to fellow human beings.”

Dick Cheney staunchly defended the program in an interview with Bret Baier, brushing aside the Fox anchor's questions about such gory details as rectal feeding by saying he wasn't familiar with the details of how each detainee was questioned. "What are we supposed to do, kiss him on both cheeks and say 'please tell us what you know'? Of course not."

Many in the media say that if the government was doing these things in our name, we need to know about it. As Bill O’Reilly said, “In an open society, if the CIA or any other federal agency breaks the law we the people should know it.  That being said talking points does believe the report is a partisan play that will solve nothing.”

George Will put it this way: “Is it terrorism?  Is it torture?  I think the answer is, if it were done to Americans, would we consider it torturing?  I think it answers itself.”

I certainly think it’s important to question whether a report pushed by the panel’s Democratic majority was fair. It’s hard for me to fathom why the committee worked only from documents and did not give CIA officials a chance to respond.

But the debate is not entirely partisan: John McCain, the only senator to have been tortured, in Vietnam, has strongly supported the report and eloquently argued that torture doesn’t produce much in the way of useful information.

So we’re back where we started. This is a tremendously important topic, and the media have taken it seriously, with the “CBS Evening News” giving the report an unusual 11 minutes of airtime.

But today’s media culture is built on argument, and we’ve spent a decade on this argument. The same Bush-era players and pundits are taking the same positions. In the end, I doubt that many minds were changed.