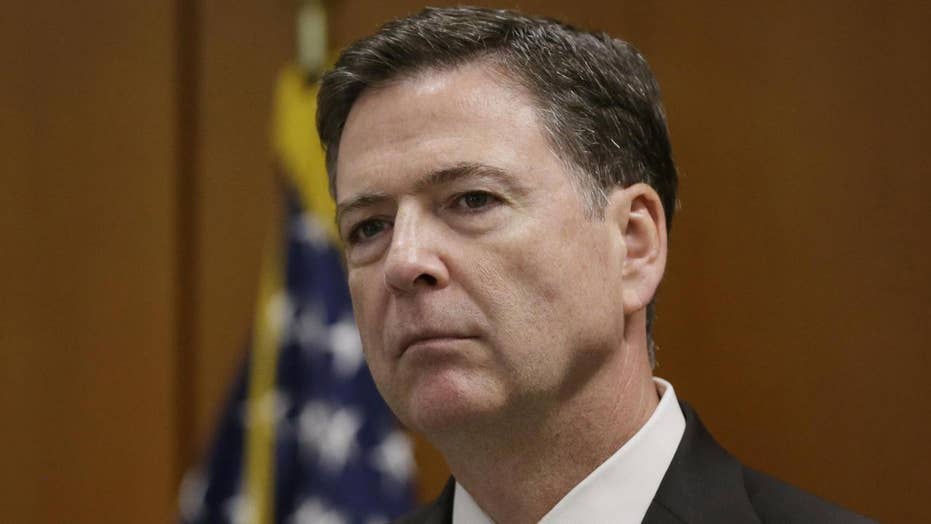 The top Democrat on the House Intelligence  Committee Thursday accused the FBI of stonewalling the committee’s efforts to find out more about the agency’s investigation into alleged Russian interference in the 2016 election.

Rep. Adam Schiff, D-Calif., said that “we know less than a fraction of what the FBI knows” after an almost four hour meeting with FBI Director James Comey on allegations of Russian interference.

“I appreciate the long briefing and testimony from Director Comey today, but in order for us to do our investigation in a thorough and thoughtful way we're going to need the FBI to fully cooperate and tell us the length and breadth of counterintelligence investigations they are conducting,” he told reporters after the briefing. “At this point the director was not willing to do that.”

"On the areas he was willing to discuss, we had a very in-depth set of questions and answers," Schiff said. "But there were very large areas that were walled off and those walls are gonna have to come down if we're going to do our job."

Schiff went on to say that if the FBI continued not to cooperate, they would have to consider subpoenaing information from the agency.

However, Schiff’s Republican counterpart and Chairman Devin Nunes, R-Calif., did not share Schiff’s assessment of the meeting. Instead, Nunes said Comey was “forthright” and that the meeting was a “good first step” in the panel’s investigation. He did concede that more information from the intelligence community would be necessary.

Later, Rep. Trey Gowdy, R-S.C., defended Comey in an interview on Fox News’ “The First 100 Days" Gowdy said he never heard a federal law enforcement agent give “that degree of particularity and detail an update on an inquiry.

"I want to investigate all aspects of (Russian activity against the U.S.) ... But Congress does not run parallel criminal investigations with the FBI. We’re not equipped to do it. We’re not supposed to do it,” Gowdy told Fox News' Martha MacCallum.

On Wednesday, the committee released a statement outlining the scope of its investigation, namely that it will include Russian cyber activity and links between Russia and members of political campaigns. It also said it was probing leaks of classified information.

The briefing came before Sessions announced he was recusing himself from an investigation into alleged ties between Donald Trump’s campaign and Russia. The Washington Post first reported Wednesday Sessions met with the Russian ambassador twice last year and did not tell senators about the meetings during his confirmation hearing.

Fox News’ Jason Donner and The Associated Press contributed to this report.