'I've had enough': Tom Homan sounds off after being attacked by Democrats at border hearing

Former Acting ICE Director Tom Homan blasted House Democrats for pushing a "false narrative" during an explosive hearing in which he clashed with Reps. Alexandria Ocasio-Cortez, Gerry Connolly and others.

Speaking Friday before the House Oversight Committee hearing, Homan delivered a fiery defense of border agents, pushing back against Democrats' claims about conditions at detention centers along the border. In particular, Connolly, D-Va., blasted the Trump administration for "hardly humane care" being given to migrant families.

"If you don't like this, do your job. Fix it," Homan told lawmakers.

Homan said on "Fox & Friends" Monday that he was trying not to be confrontational, but "had enough" when Rep. Jesus Garcia, D.Ill., called him a "racist and said I didn't care about dying children." 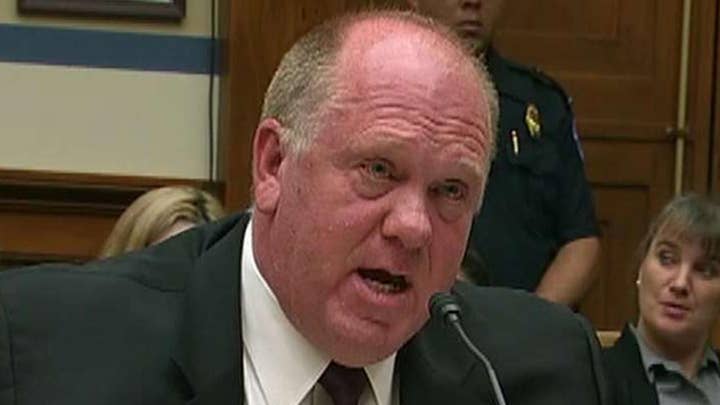 "I thought about getting up and throwing that man a beating right in the middle of the room because when you tell someone who has spent their career saving lives that I don't care about dying children and I'm a racist, that's where I broke," he said.

Homan said Democrats repeatedly made false accusations and would not let him respond, arguing the hearing was "political theater" and not about transparency.

"They didn't want to hear the truth. They wanted to push their narrative and not let me speak. ... They wanted me to get up and walk out and I wasn't gonna give that to them," he said, adding that his answers were directed to the American people.

Homan said he was invited to the hearing by Rep. Jim Jordan, R-Ohio, and was hoping to "tell the truth" about the situation at the border.

"The media controls everything. Other than Fox News, I don't know anyone else that wants to educate the American people about what's actually happening at that border."