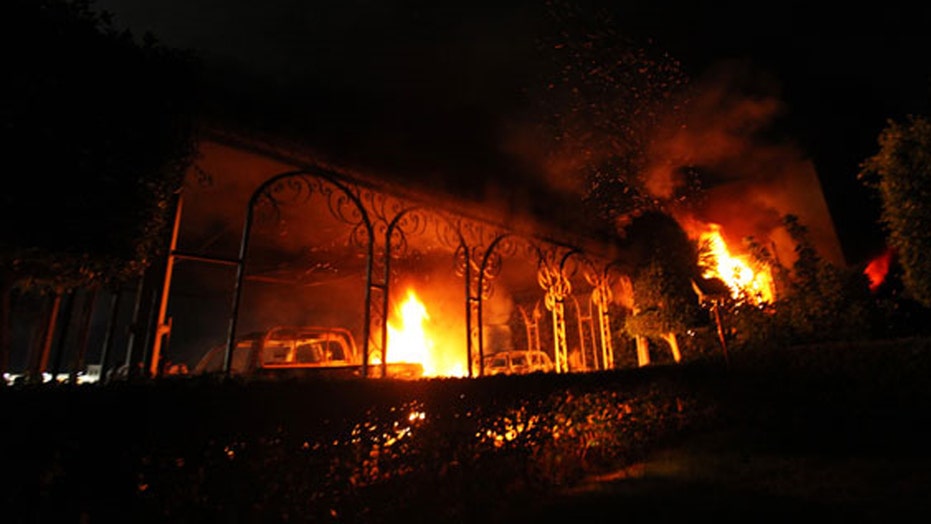 Could the lives of the Benghazi victims have been saved?

Below is a timeline of responses by then-Secretary of State Hillary Clinton following the Benghazi attacks on Sept. 11, 2012.

Sept. 12, 2012 -- Remarks in Washington: "We are working to determine the precise motivations and methods of those who carried out this assault. Some have sought to justify this vicious behavior, along with the protest that took place at our embassy in Cairo yesterday, as a response to inflammatory material posted on the Internet. America's commitment to religious tolerance goes back to the very beginning of our nation. But let me be clear -- there is no justification for this, none."

Sept. 14, 2012 -- At the Transfer of Remains Ceremony: "This has been a difficult week for the State Department and for our country. We've seen the heavy assault on our post in Benghazi that took the lives of those brave men. We've seen rage and violence directed at American embassies over an awful Internet video that we had nothing to do with. It is hard for the American people to make sense of that because it is senseless, and it is totally unacceptable,"

Sept. 21, 2012 -- Remarks before meeting with Pakistani Foreign Minister: "What happened in Benghazi was a terrorist attack, and we will not rest until we have tracked down and brought to justice the terrorists who murdered four Americans."

Sept. 26, 2012 -- Remarks at a U.N. Secretary General Meeting: “What is happening inside Mali is augmented by the rising threat from violent extremism across the region. For some time, al-Qaida in the Islamic Maghreb and other groups have launched attacks and kidnappings from northern Mali into neighboring countries. Now, with a larger safe haven and increased freedom to maneuver, terrorists are seeking to extend their reach and their networks in multiple directions. And they are working with other violent extremists to undermine the democratic transitions underway in North Africa, as we tragically saw in Benghazi.”

Oct. 3, 2012 --Remarks with Foreign Minister of Kazakhstan: "There are continuing questions about what exactly happened in Benghazi on that night three weeks ago. And we will not rest until we answer those questions and until we track down the terrorists who killed our people."

Oct. 15, 2012 -- Interview with Fox News: "Everyone had the same intelligence. But I've been around long enough to know that it takes time to assess all the information that you have. And as the intelligence community has now said, their assessment over the last now more than a month changed, but everyone in the Administration was trying to give information to the best of their ability at the time, with the caveat that more was likely to be learned and that there would be most likely changes.

So the fog of war, the confusion that you get in any kind of combat situation -- and remember, this was an attack that went on for hours. Our post was overrun by a significant number of armed men. Our annex was attacked. There had to be a lot of sorting out.”