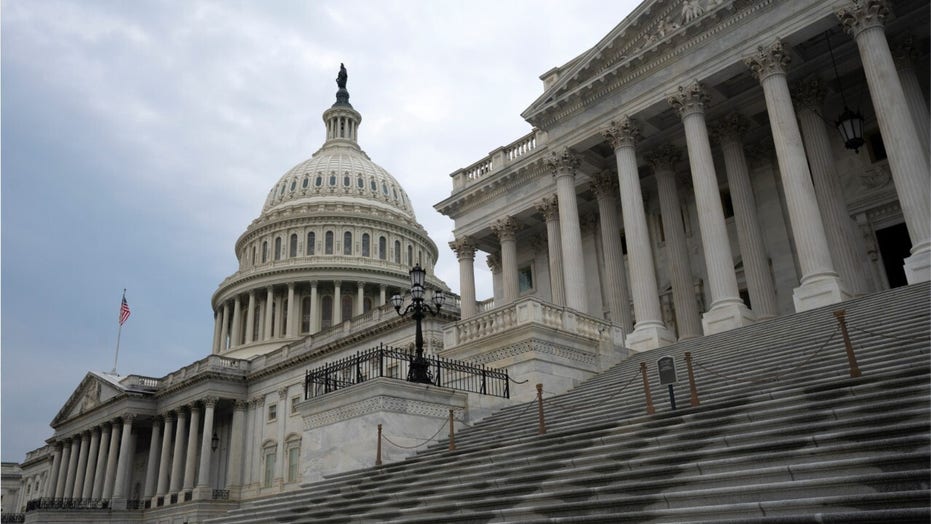 The Broadway musical “Hamilton” taught us all about “The Room Where it Happens.”

But negotiations over the next coronavirus bill produced an equally important political salon: the room where it didn’t happen.

In the Broadway tune, the lyrics portray the “Compromise of 1790.” This is where Alexander Hamilton, Thomas Jefferson and James Madison forge an agreement for the federal government to absorb state debts. Part of the pact placed the incipient nation’s capital on land which now constitutes Washington, DC.

The point of the song is that no one knows what unfolded in “the room where it happened.” But, as the lyrics go, “click-boom, then it happened.”

“It” is the Compromise of 1790 – just like so many other deals, agreements and accords forged at various convocations throughout history.

When it comes to the “room” in question, Washington, D.C. is dotted with many of those mysterious parlors. The U.S. Capitol complex is littered with them. Some are at the White House. Others at the Pentagon. Foggy Bottom, home to the State Department. Even at the Central Intelligence Agency in Langley, VA.

Political bargaining works like that. The principle negotiators go in, often at loggerheads and facing seemingly intractable conditions. Then, click-boom, it happens.

Everyone wants to know exactly what unfolded. But they really have no clue. After all, they weren’t in the room where it happened.

During the various plenaries conducted on coronavirus, Meadows often said he had been in enough of these bargaining sessions to know what is said publicly doesn’t always reflect what’s uttered in confidence behind closed doors. 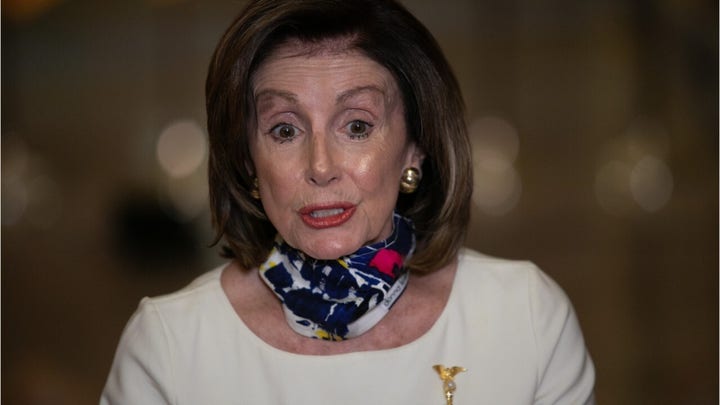 And, most everyone in Washington wants to be “in the room where it happens.” You’ve likely “arrived” or wield some modicum of influence on the Potomac if you score entrée to one of these conclaves.

Office suite H-232 is the “room” where a coronavirus deal didn’t happen last week. That’s Pelosi’s office. That’s not to say that a pact won’t eventually emanate from those four walls. In fact, it would be hard to imagine Congress not tackling another coronavirus package soon – considering the enormous consequences of the pandemic. And, the fact that the sides didn’t resolve an arrangement in room H-232 is just as significant if they had they reached an accord.

But it’s important to note the other rooms where a coronavirus bill didn’t happen as well.

Let’s start with S-232 of the Capitol. That’s the suite of offices controlled by Senate Majority Leader Mitch McConnell, R-Ky.

McConnell declared months ago that he would write the next coronavirus bill “in my office.” During a speech in mid-June in Ashland, Ky., the Majority Leader intoned “If there is another one, it will come together in July.”

McConnell faced enormous pressure from Republicans about even assembling another measure. That’s why he used the word “if.” He wanted to take charge of writing the bill after GOPers felt the administration, McConnell and House Minority Leader Kevin McCarthy, R-Calif., ceded too much power to Pelosi when crafting previous coronavirus measures. Moreover, after Pelosi unilaterally authored her own $3 trillion coronavirus package in May, ramming it through with all but one Democratic vote, McConnell knew the next phase of legislation had better have his imprimatur stamped all over it. Any whiff of that bill would likely doom Republican support for pending legislation.

But McConnell’s plan garnered little backing from rank-and-file GOPers. Thus, McConnell largely stayed out of the fray when Messrs. Meadows and Mnuchin would arrive each day for an audience with Pelosi on coronavirus assistance. Granted, Meadows and Mnuchin met with McConnell before the bargaining sessions in the Speaker’s suite or briefed the Kentucky Republican afterwards. But despite McConnell’s promises about authoring the next measure, S-232 certainly is the room where it didn’t happen.

Take your pick. The Oval Office. The Cabinet Room. The Roosevelt Room.

There was a time where various locales at the White House emerged as the rooms where it happened during the Trump Administration. The President rolled McConnell and then-House Speaker Paul Ryan, R-Wisc., on an interim spending plan a couple of years ago, siding instead with Pelosi and Schumer. But a pair of nasty confrontations between Mr. Trump and Pelosi last year ended the White House as a potential venue for the room where the coronavirus bill might happen.

The president harangued Pelosi at a spring, 2019 meeting over infrastructure. President Trump entered, bellowed at Pelosi and Schumer for a few minutes and spun on his heels. Pelosi and Schumer returned to the Capitol within minutes.

But that was only the appetizer for a contentious exchange between Pelosi and the president at the White House in October, 2019. Mr. Trump called the Speaker “a third-rate politician.” Pelosi and House Majority Leader Steny Hoyer, D-Md., abruptly departed. But not before photographers captured an iconic shot of Pelosi, right index finger extended, giving the president the what-for across a crowded Cabinet Room table.

Mr. Trump and Pelosi haven’t met in person since – and likely won’t. That’s why President Trump deputized Mnuchin and Meadows as his emissaries in these discussions. Mr. Trump won’t talk with Pelosi - and vice versa. That means that despite its storied history, and various huddles between presidents and Congressional leaders dating back decades, the White House probably isn’t a good candidate to be the room where it happens - if and when there is ever a coronavirus bill.

Just because there’s agreement now doesn’t mean there won’t ever be a coronavirus bill. The crisis is too dire. The virus is too aggressive. The U.S. hasn’t stamped it out. The economy remains on the brink – with deep-seeded concerns heading to the fall and winter.

Chances are, there will be, at some point in time, another coronavirus bill.

It may not come this month. Or in September. Maybe even not until winter. Perhaps next year. In fact, whoever wins the election could dictate where the principals negotiate the measure.

But if there’s a deal in the near-term, chances are the Capitol will be the room where it happens.

When it happens? That’s another question altogether.