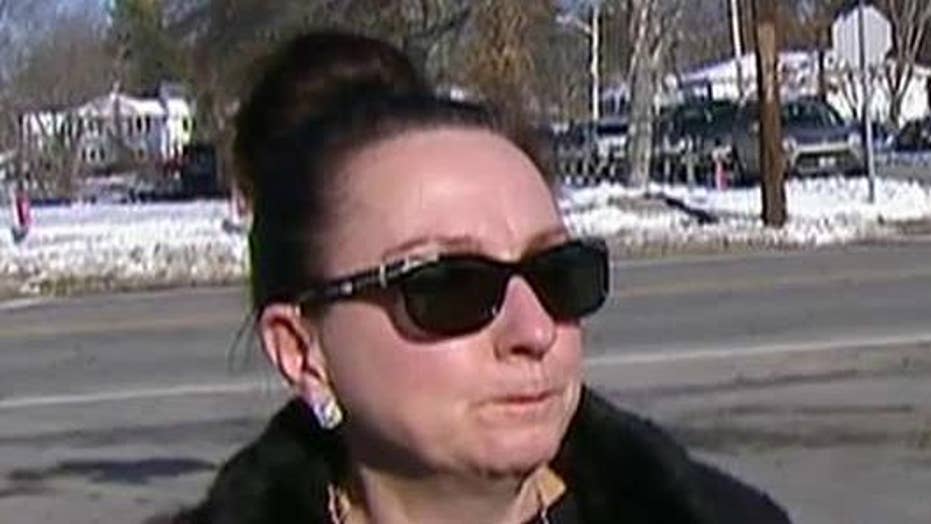 Independent voters expected to have big impact in NH primary

Every four years, New Hampshire voters with no party affiliation become the most coddled and courted individuals on the political planet. The campaigns lavish them with literature and invitations to candidate events, and pepper them with incessant phone calls and canvassers knocking on their doors.

This year is no different -- the outreach has become so overwhelming that some voters have to unplug.

“I've stopped answering the phone,” one such undeclared voter, Barbara O’Brien, told Fox News. “And they’re out there canvassing my neighborhood, too.”

“Phone calls, at least five or six every night,” Glenn McFarlane, another ‘undeclared,’ told Fox News. “I feel sorry for my postman because he's getting all the mailers coming in too. Yes it's a lot. Inundated.”

The reason undeclared voters are such a popular group is because of New Hampshire’s primary rules. Registered Republicans and Democrats can only vote in their respective primaries. They can’t cross over. But undeclared voters can walk into a polling place, register with either party, vote -- then on the way out, change their affiliation back to ‘undeclared’.

They are also the largest voting bloc, comprising some 44 percent of the New Hampshire electorate. Polls suggest they will break almost evenly between Democrats and Republicans. But as many as 23 percent say they don’t know which party they’ll vote for this year.

Ben Spangenberg is a member of that last group.

Spangenberg, who is disabled, says he’ll make up his mind based on which candidate he feels will best address the issues he deals with because of his physical condition.

Many other undeclared voters who spoke with Fox News have their mind set on which party to vote for, but like Spangenberg, they are still waffling back and forth between different candidates.

“Still deciding,” Susan Lunn told Fox News, “but probably primarily interested in Marco Rubio and one or two of the governors.”

Her husband Bob is also undecided. He’s a fan of Marco Rubio – and a few others.

“I like [Rubio’s] demeanor and what he stands for, but I do like the governors, mainly because of the fact they have managed. They're executives,” Lunn told Fox News.

Recent polls suggest undeclared voters favor Donald Trump the most. He gets 34 percent support in the latest University of Massachusetts tracking poll. Ohio Gov. John Kasich is next at 16 percent. While Trump more than doubles Kasich’s support, Kasich enjoys the highest favorability ratings among undeclared voters.

“I do like the fact that [Kasich] likes to budget, create a budget and have a balanced budget and I think he's not so right wing that he wants to work with Democrats as well,” Chris DiGeronimo told Fox News.

Kasich insists he is a conservative, but his more moderate views on many issues are attractive to undeclareds who have voted Democratic in the past. People like Dan Dufour.

“It's more that he appeals to the moderates,” Dufour told Fox News. “He's a fiscal conservative, a very conservative candidate but he's appealing to the people out there who are reasonable and want government moving forward.”

Undeclared voters take their outsized role in New Hampshire politics very seriously. They come out to see and listen to the candidates -- in some cases, several times. And every one of them whom Fox News spoke with had watched the debate on Saturday to help form their decision.

For Susan and Bob Lunn, it had the opposite effect. They didn’t like the way New Jersey Gov. Chris Christie ripped Rubio apart.

“It sort of tilted us in a different direction,” Susan Lunn told Fox News. “Away from Christie at this point.”

Bob Lunn feels the same way. “Maybe leaning towards a governor,” he told Fox News, “but it would not be Christie. Too brash. I don't like his demeanor.”

For many undeclared voters, who tend to eschew blood and guts politics, it may be the case that while the hangman gets the job done, he’s not necessarily the most popular person in town.

But for Chris DiGeronimo, Christie’s visceral attack against Rubio was impressive.

“Christie really shows well and he calls out the weaknesses of the other candidates and he speaks his mind,” DiGeronimo told Fox News. “I think he tries to do the right thing and that's important to me.”

That said, DiGeronimo says he will probably vote for Kasich. Or – maybe someone else. He’s not sure yet.

Remarkably, many of these voters say they’ll remain undecided right up until the moment they punch the ballot on Tuesday.  Glenn McFarlane says he still has a lot to consider between now and then.