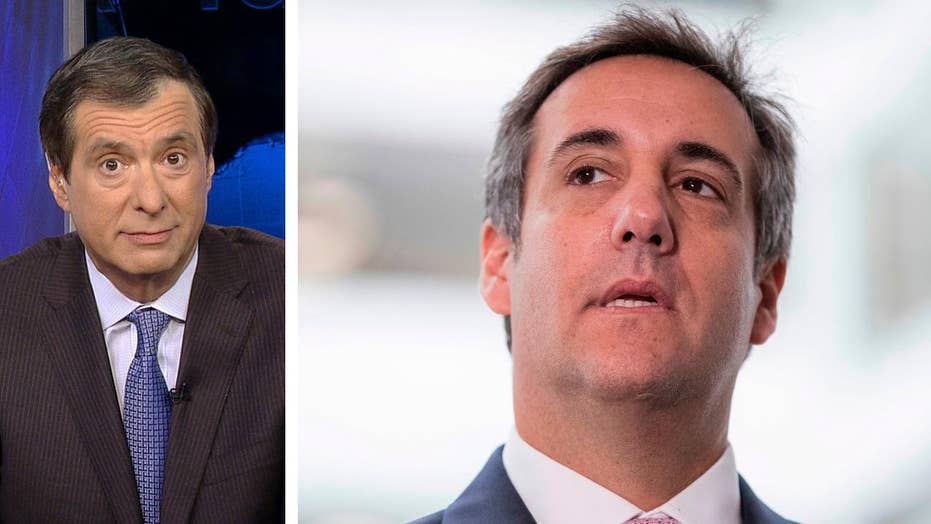 'MediaBuzz' host Howard Kurtz weighs in on the dramatic FBI raid on Michael Cohen's office and hotel room and the ensuing response from President Trump.

The dramatic FBI raid on Michael Cohen's office and hotel room was a grandstanding move, no question about it.

The president's personal lawyer was cooperating with the Mueller investigation and had turned over thousands of pages of documents. Unless the feds have secret evidence that Cohen was about to flee the country with suitcases full of papers and cash, there was no need for that kind of public humiliation.

But unlike President Trump, I don't question the right of federal investigators to obtain the material. This was not a "break-in," as Trump charged during that arms-crossed photo op where he complained about a witch hunt. It was the execution of a search warrant approved by a judge.

And the stunt can't be blamed on Mueller, who handed off that part of the case to the U.S. attorney's office in Manhattan (run by Trump appointee Geoffrey Berman, who recused himself).

Still, such in-your-face public theater is part of the New York culture. When Rudy Giuliani was U.S. attorney, he sometimes had Wall Street defendants surrender in perp-walk fashion just to make a statement.

At least part of the raid is based on Cohen's role in paying Stormy Daniels $130,000 in hush money shortly before the election. Cohen, whose attorney called the raid "completely inappropriate and unnecessary," has told me he made the payment to spare his friend and client the embarrassment of her allegations, whether they are true or not, not to influence the campaign. The president told reporters last week he was unaware of the payment.

Those who say the media shouldn't cover the tabloid saga of Stormy—who just sold an interview and nude photo shoot to Penthouse—say most Americans don't care if she and Trump had one sexual encounter in 2006. That’s probably true, but as we found with Ken Starr's investigation of Whitewater, investigations can lead to unexpected places. The New York Times and Washington Post say Cohen is under investigation for possible bank fraud.

Politically, the raid was a bombshell that has drawn wall-to-wall cable coverage. Even the Trump-friendly Drudge Report ran a banner headline: "PRESIDENCY UNDER SIEGE."

Trump fueled this perception with his tirade before a meeting with military advisers on whether to strike Syria over the regime's use of chemical weapons against its own people. And he invoked Syria in canceling his visit to a summit in Peru.

Trump called the raid against his lawyer an "attack on our country in a true sense." Needless to say, he is conflating his own political fortunes with the country's fate, since his own Justice Department named the special counsel who is conducting a lawful investigation.

Trump got to that too, reprising his complaint that Jeff Sessions should never have recused himself from the Russia probe and criticizing the attorney general's deputy, Rod Rosenstein, the man who appointed Mueller.

The press is awash in reports about the president's anger, which was quite evident on Monday. Axios quoted an unnamed source as saying: "This is the first crisis post-Hope Hicks. ... This was different: I've never seen him like this before. ... This is the president you're going to see more of from here on out: unvarnished, untethered."

I think it's fine for Trump to criticize the conduct of the investigation, and there are troubling questions raised by agents seizing lawyer-client records about his communication with Cohen.

But what has many Republicans worried is that Trump openly mused about people advising him to fire Mueller.

That would escalate a crisis that would require even more dramatic Drudge headlines.