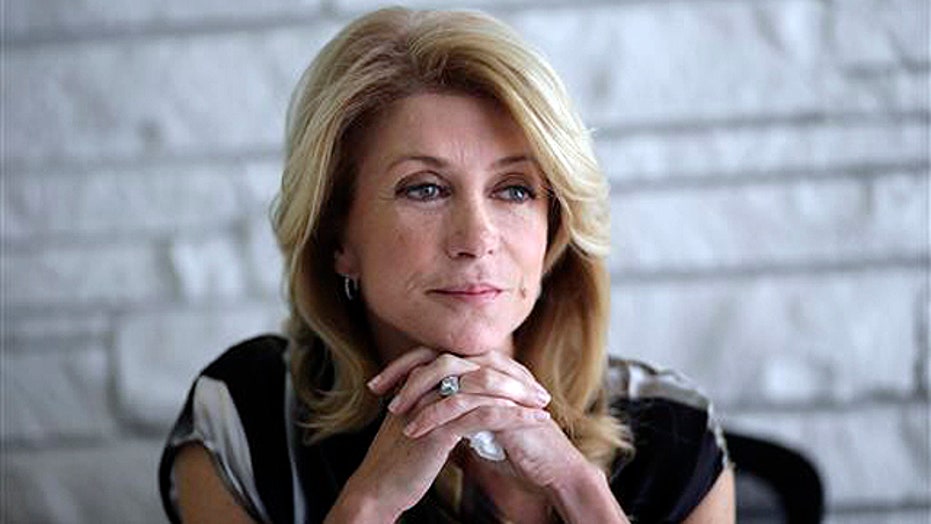 Wendy Davis: Her own worst enemy in bio scandal?

Has the Texas gubernatorial candidate lost control of her campaign?

Texas gubernatorial candidate Wendy Davis is under fire for apparently misstating facts about her life story, with a Republican opponent claiming the discrepancies raise questions about her honesty.

Davis, a Democratic state senator who rose to prominence last year after delivering a lengthy filibuster against abortion restrictions, was the subject of a Dallas Morning News piece on Sunday that took issue with several details in her personal narrative.

Davis, now 50, has long said she first took a job at 14 to help support her single mother and three siblings in Fort Worth, Texas. By 19, she was married and divorced with a child of her own and living in a mobile home.

After community college, she said she graduated from college at Texas Christian University and with honors from Harvard Law School. She later returned to her home state and built a successful legal career before jumping into politics.

But the Dallas Morning News reported Sunday that Davis was 21 -- not 19 as stated in her online Texas Senate biography -- when her first marriage ended in divorce. Also, Davis and her daughter Amber lived only a few months in her family's mobile home.

Things got easier financially when she married her second husband, attorney Jeff Davis. His income helped raise Amber and the couple's daughter together, Dru, as well as pay for her to finish college and attend Harvard. Jeff Davis also kept the couple's two daughters while their mother was studying in Boston and, when the couple divorced in 2005, he won parental custody and she was ordered to pay child support, according to the newspaper.

"My language should be tighter," she told the Morning News. "I'm learning about using broader, looser language. I need to be more focused on the detail."

Texas Attorney General Greg Abbott, a Republican running for governor in next year's election, seized on the report to question Davis' credibility and "fanciful narrative."

"It's disappointing that a candidate would so cavalierly deceive voters about the most basic aspects of their life, while providing inaccurate testimony in the process," spokesman Matt Hirsch said. "If voters can't trust what Sen. Davis says, how can they trust her to lead? Texans deserve candidates who are open and honest with the truth."

But Davis dismissed the issue as a baseless personal attack. She released a detailed timeline on her life on Monday and accused Abbott of launching "campaign attacks" on her personal story.

"But they won't work, because my story is the story of millions of Texas women who know the strength it takes when you're young, alone and a mother," she said in a statement. "I've always been open about my life not because my story is unique, but because it isn't. The truth is that at age 19, I was a teenage mother living alone with my daughter in a trailer and struggling to keep us afloat on my way to a divorce.

"And I knew then that I was going to have to work my way up and out of that life if I was going to give my daughter a better life and a better future and that's what I've done."

Davis didn't address how long she and Amber lived in a trailer. But Davis' statement did say her daughters lived with her in Boston during her first year at Harvard and that she split time between Massachusetts and Texas to see them after that. It noted that Jeff Davis "helped her fulfill her dream of attending Harvard by cashing in a 401(k)" retirement account but added that the couple took out loans to cover the costs.

Regardless, Davis faces an uphill climb in Texas, which hasn't elected a Democrat to statewide office since 1994.

Davis announced last week that she received $12.2 million through the end of 2013 and has $9.5 million in cash-on-hand. Abbott raised $11.5 million to end last year and reported a war chest of $27 million.