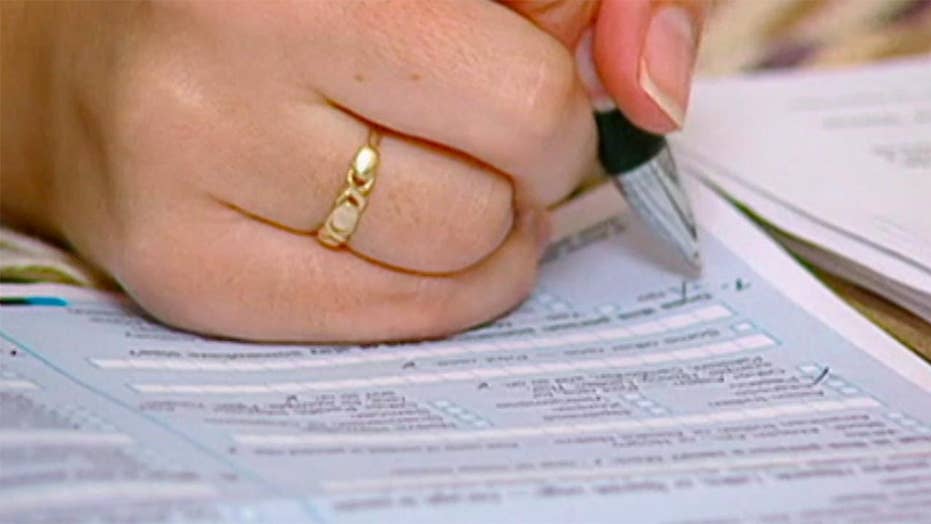 Experts say fewer immigrants and Latinos would fill out the census, leading to loss in congressional seats

HOUSTON -- In June, the Supreme Court will decide whether the Trump administration can include a citizenship question in the 2020 census, a move that could affect how many congressional seats states have and how federal dollars are distributed for years to come.

The Trump administration said the question is necessary to better enforce the Voting Rights Act. However, critics say many immigrants and Latinos would be too frightened to fill out the census forms, which could lead to a significant undercount in states with large immigrant populations like Texas and California.

“We just know enough at this point, and we’ve done enough census over the years, to know that adding that question will prevent many, many people from participating in the United States census,” said Mustafa Tameez, a Democratic strategist.

Democrats say many immigrants and Latinos would be too afraid to fill out the census if the citizenship question is added, leading to an undercount of people.  (Fox News)

Nearly 11 percent of Texas residents are non-citizens, second to California, where 13 percent are non-citizens, according to 2017 data from the Kaiser Family Foundation. If many don’t answer out of fear, experts say Texas and California could lose a congressional seat, or two.

“California’s probably even more vulnerable than the state of Texas. And, the repercussions will be that for the large states with a lot of non-citizen population, they will have less representation overall,” said David Branham, a political science professor at the University of Houston-Downtown.

Branham predicts that with fewer congressional seats, district lines would have to be redrawn, leading to larger districts that would be less representative of the state. Tameez said the potential outcome would hurt the Lone Star State.

“If we’re not accurately counting the population for the second most populous state like Texas, that means Texas will have less of a voice in the United States Congress,” said Tameez.

Experts predict Texas and California could lose congressional seats while other states like Minnesota and Montana would gain some.  (Fox News)

Conversely, other states that have fewer non-citizens like Minnesota and Montana would gain more seats in Congress and thus more power in the federal government.

“They’ll have more House seats as a result, so in the policymaking process, their influence will be much larger,” said Branham.

Tameez argues that a lower population count would cause Texas to lose out on a significant amount of federal dollars.

“[The citizenship question] is currently being asked. The difference is it’s currently being asked on the long-form question,” said James Dickey, state chairman of the Republican Party of Texas. Dickey is referring to the American Community Survey, which replaced the long-form version after 2000. The ACS is conducted every year but only goes out to a small percentage of the population.

“What we’re asking for is, should we return to asking a question that was asked for 100 years?” said Dickey.

During oral arguments last week, the Supreme Court seemed to signal support for the citizenship question. They are expected to make a ruling in June. (AP, File)

“The math just doesn’t work…Non-citizens would have to be two-thirds of the state, which is not true. Plus 100 percent of them would have to lie and underreport themselves…and, that’s also not a reasonable position,” said Dickey.

Last week, the Supreme Court heard arguments over the citizenship question and signaled possible support for the addition.

The high court is expected to make a decision at the end of next month, before the Census Bureau’s July 1st deadline to print out the forms.